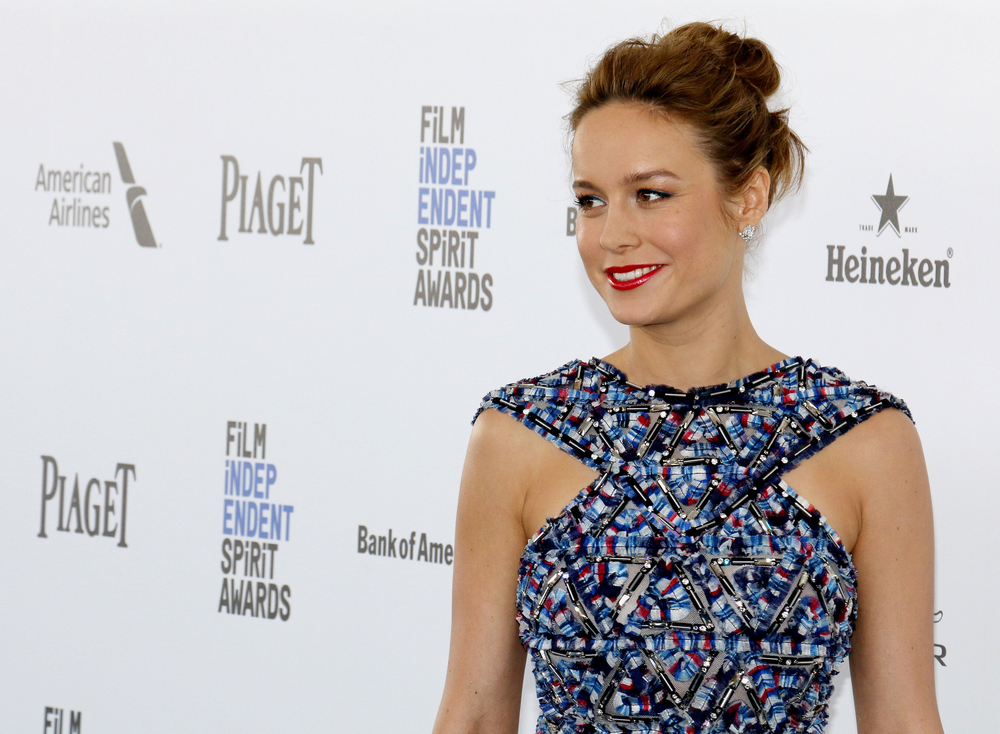 Even before we had official confirmation that a Captain Marvel movie was happening, fans took to the Internet to share their own personal casting choices for potential actresses to play the role of Carol Danvers. (We even did it here at TMS a couple years back!) Now, Variety is reporting that Marvel has one particular actress in mind for the role—and she’s actually their first choice.

Brie Larson, who recently won the best actress Oscar for her role in Room (and won us over on United States of Tara and Scott Pilgrim vs. the World long before that), is rumored to be in early talks to take on the role of Captain Marvel. While the film’s script is being co-written by Meg LeFauve (Inside Out) and Nicole Perlman (Guardians of the Galaxy), there’s currently no director attached to the project.

Larson’s casting isn’t officially confirmed at this stage, but as of this moment she “is their first choice, and that she’s leaning toward playing the part,” according to Variety. When the news was initially announced, fans pointed out that if Larson is cast in the role, she’ll be one of the youngest actors to helm a potential franchise in the Marvel Cinematic Universe; at 26, the only actor younger and currently in the franchise is Tom Holland at 20, with Elizabeth Olsen close at 27.

To put it into perspective: Robert Downey Jr., the first actor cast in the MCU, was 43 when he landed the role of Tony Stark, Chris Pratt was 34 at the time of Guardians of the Galaxy, and Chadwick Boseman was cast at the Black Panther in his late thirties. On the other hand, Chris Evans was 29 when he starred in Captain America: The First Avenger, and surprisingly, Chris Hemsworth was actually 27 at the time of the first Thor movie’s release. The assumption, with Larson’s casting, is that the studio would likely sign her on for a multi-film deal, with her character potentially making a cameo in another Marvel film prior to Captain Marvel‘s release.

What are your thoughts on this casting news?

(via Variety, image via Tinseltown / Shutterstock.com)