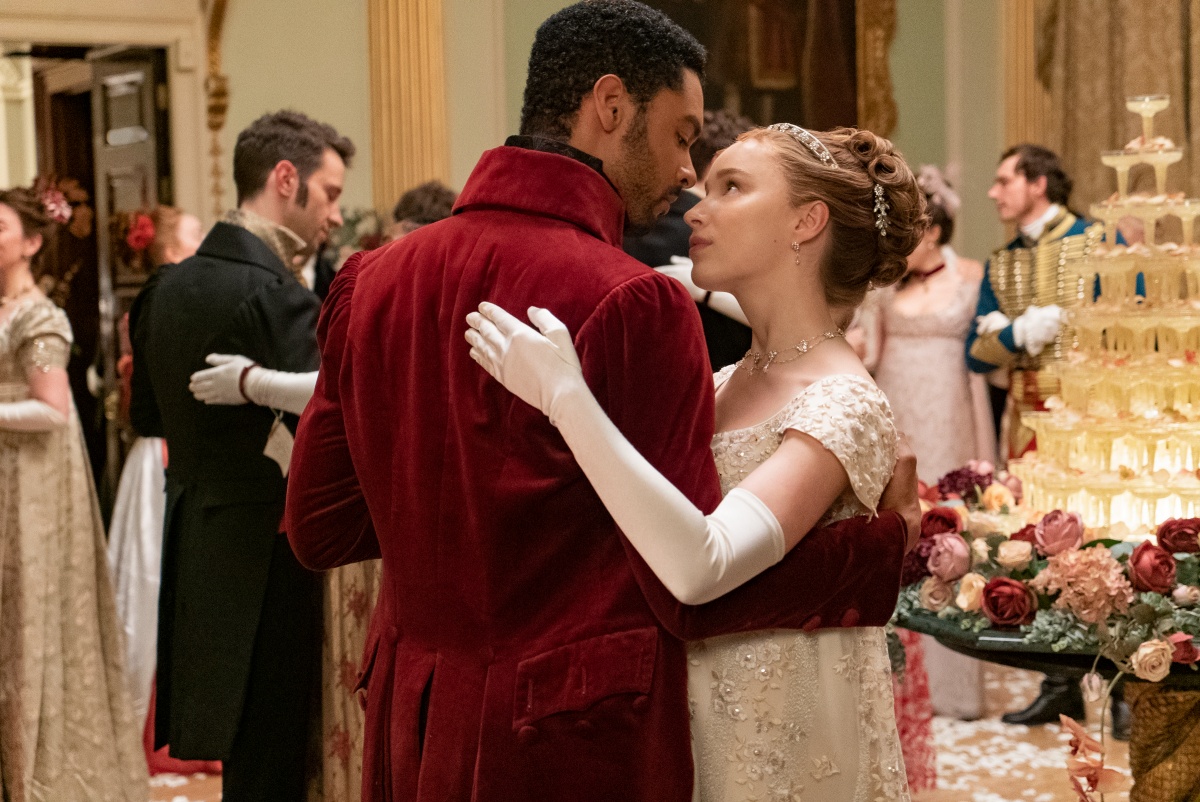 Bridgerton has been renewed for a second season. Considering how big of a hit the show has become, that is not shocking at all. Although the series has some high ambitions for a Netflix production. 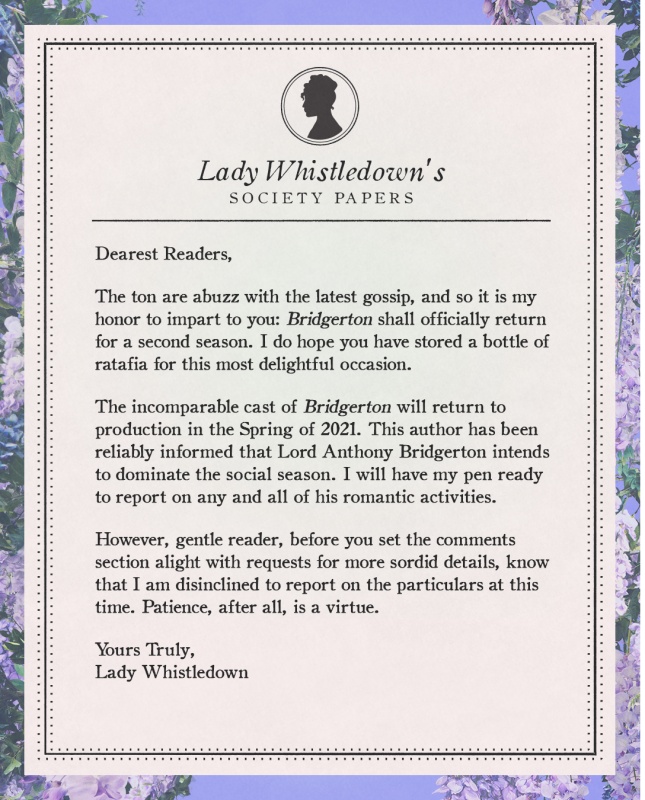 “Lady Whistledown” shares that the show will begin production in the Spring of 2021. Daphne and Simon, our Duke and Duchess of Hastings, will be taking a backseat. It is Lord Anthony Bridgerton (the oldest brother with the sideburns and the singer ex-girlfriend, for those who say the brothers all look alike) who will be taking the lead in his search for love next season. Anthony is played by actor Jonathan Bailey.

Showrunner Chris Van Dusen (Scandal) has a long-term plan in place and hopes the drama runs eight seasons, which considering this show is on Netflix might not happen, but hopefully they will give the series enough time to make a good series finale if it comes to that.

Just as the first season was based on the Julia Quinn book The Duke and I, the second will be based on The Viscount Who Loved Me and it’ll be interesting to see how this new installment builds on the success of the first.

“1814 promises to be another eventful season, but not, This Author believes, for Anthony Bridgerton, London’s most elusive bachelor, who has shown no indication that he plans to marry. And in all truth, why should he? When it comes to playing the consummate rake, nobody does it better… –Lady Whistledown’s Society Papers, April 1814

Contrary to popular belief, Kate is quite sure that reformed rakes do not make the best husbands–and Anthony Bridgerton is the most wicked rogue of them all. Kate’s determined to protect her sister–but she fears her own heart is vulnerable. And when Anthony’s lips touch hers, she’s suddenly afraid she might not be able to resist the reprehensible rake herself…”

Sounds promising! I hope Kate is a WOC, we need more darker-skinned women getting to be romanced on this show!

Despite the takes and discourse, the series has been going strong among many different audiences—even those not usually into romance series. The solid acting, beautiful gowns, and just a general enjoyment of period pieces with some diversity has really allowed the show to shine. It makes me wish more than ever that Still Star Crossed had been allowed to live on Netflix.

I am still processing my feelings about Bridgerton and having finally read the book it is based on, which has served to only further complicate things. Despite that, I deeply enjoy the show for what it is. Having opinions and “takes” (hot or otherwise) doesn’t inherently take away from the pleasure of something. For me, Bridgerton is tapping into the thirst a lot of us have. Many have written about the sexless nature of cinema today. The lack of romantic comedies in the movie industry, which has always been major in launching stars, especially female ones.

We have been denied seeing some of the hottest male and female stars of the last ten years actually be romantic leads. They are usually just superheroes and then in some big prestige movie or action vehicle that may or may not be a superhero property.

Society longs to be seduced and romanced, and Bridgerton is delivering that to the population along with the romcoms that Netflix has produced. But clearly, our thirst has not yet been quenched. Take note Hollywood. Take note.

As for Anthony, I hope his personality mellows out. Brooding is fine, dear, but at a certain point you must also be charming too.