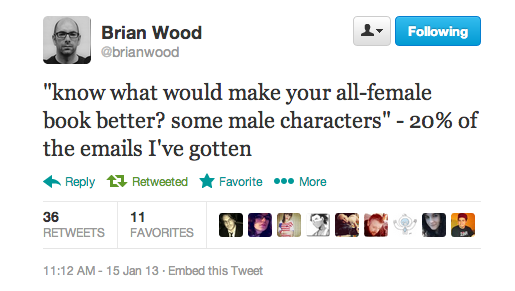 A comic book from Marvel titled simply X-Men, starring an all-female cast, was a breath of fresh air for us. Not only did it have a talented creative team,(Brian Wood and Olivier Coipel) behind it but it carried with it the historic title, giving the characters the respect they deserve. But not everyone sees it that way as you can see from one of Wood’s tweets earlier today. There’s one more after the cut. 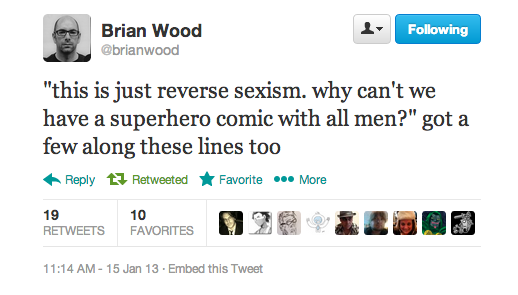 Don’t let this get you down too much. Remember, Wood is writing this book and certainly has a more enlightened grasp on the subject matter than the people he’s referring to in his tweets. Now go pre-order the book to show your support and make sure it’s a best-seller.