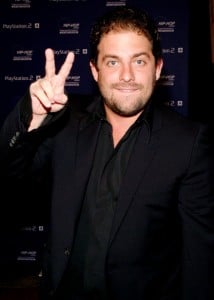 To the surprise of probably no one, Brett Ratner has stepped down from his job producing next year’s Oscars ceremony after a public bout of verbal diarrhea. Okay, snark aside, the director of Tower Heist (and a bunch of other movies that were never meant to be smart) gave up his plum gig after using a homophobic slur to describe something as silly and unnecessary as rehearsing scenes with actors. Just days before that, he used his publicity tour as a megaphone to make sexist comments about Olivia Munn and then deny them. So, let it be known: We will now be spared an Oscar broadcast that celebrates Ratner’s heterosexuality. And now we are left to wonder: Who can replace Brett Ratner as the producer of the Oscars? Um, anyone. The answer is “Anyone at all.”

To be fair to Brett Ratner, he is most likely not a raging homophobe. But a pig? Yes, Brett Ratner is a pig. And someone who uses his spotlight to talk about something Olivia Munn said in a book and proclaim that he “banged her a few times” when “she wasn’t Asian,” only to go on Howard Stern to deny it ever happened and then use an anti-gay slur in front of an audience should not be allowed to be a major force in a ceremony that celebrates the year’s best achievements in film. No matter what your opinion of the Oscars is — because let’s be honest, it is not immune from a case of the cheezies — it’s supposed to be a formal, black-tie affair. The Beautiful Citizens of Hollywood should not be going through all those cleanses and minor surgical procedures and giving Rachel Zoe all that money to show up to something that was going to be crass and feel like junk food. (That’s what the Golden Globes are for.)

Brett Ratner makes dumb movies. He admits that they’re dumb. He took a beloved Marvel institution — the X-Men — and made a crappy movie out of it, then admitted he didn’t even read the comics and that he didn’t use his brain, but his “eye and instincts.” And then he frowned on “intellectualizing” the story, and then he tried to brag about the money it made.

It’s as if he just doesn’t give a shit. And as overblown and self-celebratory as the Oscars are, do we want someone working on them who doesn’t seem to care how it turns out? It’s dumb to think that Brett Ratner would approach the Oscars like he does an action movie. But when he makes public statement after public statement that only proves that he doesn’t think before he does or says something, it’s hard to have faith in him. He’ll continue to make movies, his career will go on. But he shouldn’t be anywhere near the Oscars. Not until he can grow up.

Among the contenders to replace Ratner, according to Deadline, are Scott Sanders and previous Oscar producers Joe Roth, Adam Shankman and Laurence Mark. And Harvey Weinstein has apparently suggested that Lorne Michaels should take the job, teaming up with Tina Fey. That would be a dream, but probably won’t happen. But are there plenty of better people for this job than Ratner? Absolutely.