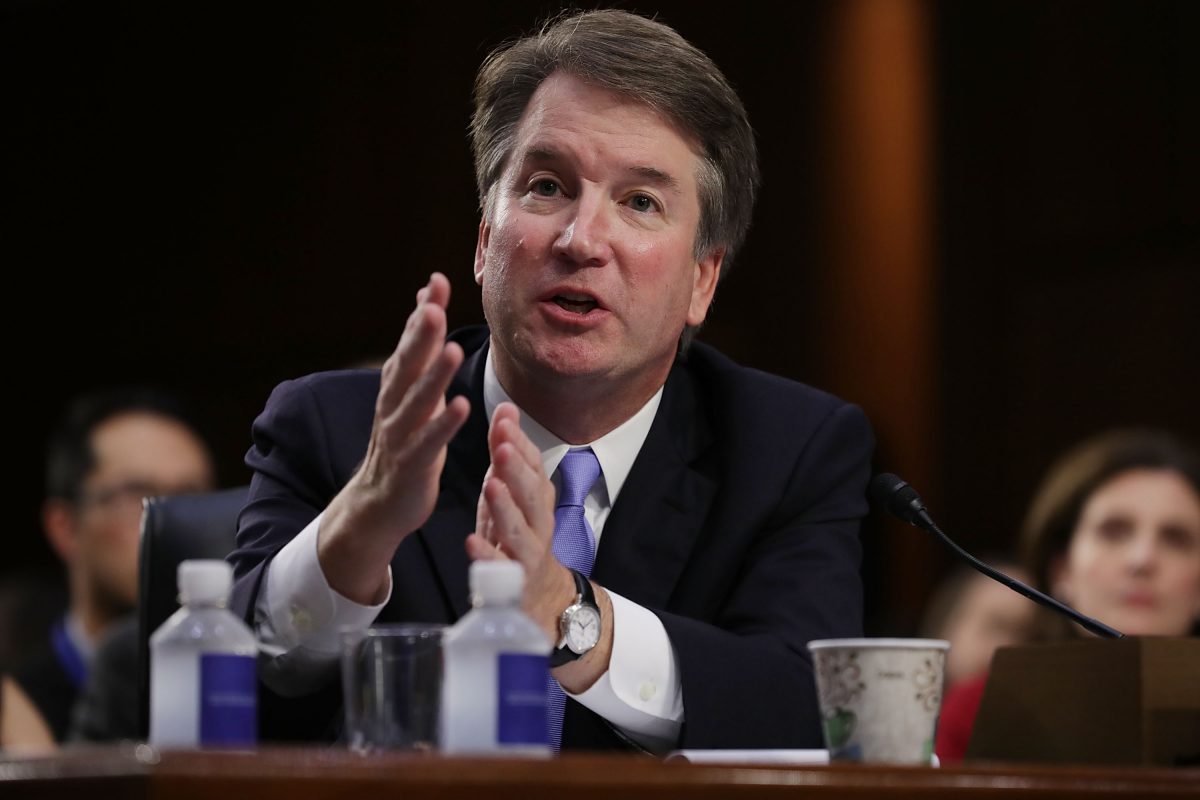 The anonymous woman who accused Supreme Court nominee Brett Kavanaugh of sexual assault has come forward. Christine Blasey Ford, a college professor who teaches clinical psychology at Palo Alto University, has identified herself in an exclusive interview with the Washington Post. Ford discussed the incident, which occurred in the early 1980’s when both she and Kavanaugh were in high school.

Ford claimed that a “stumbling drunk” Kavanaugh pinned her to the bed, groping her and trying to remove her clothing, while a friend of his watched. Ford said that Kavanaugh covered her mouth his his hand when she attempted to scream. “I thought he might inadvertently kill me,” said Ford, “He was trying to attack me and remove my clothing.”

Ford was able to escape the assault when a classmate of Kavanaugh’s, Mark Judge, jumped on top of them. In the ensuing scuffle, Ford ran and locked herself in a bathroom until the guys left the room. Ford kept silent about the attempted assault until 2012, when she revealed the story to a therapist during couples counseling with her husband. The story was corroborated by both the therapist and Ford’s husband. A polygraph text conducted by a former FBI agent confirmed that she was telling the truth.

Kavanaugh has since issued a statement saying “I categorically and unequivocally deny this allegation. I did not do this back in high school or at any time.”

After Kavanaugh was nominated to the Supreme Court, Ford wrote to her congresswoman, Anna G. Eshoo, which was then forwarded to Senator Dianne Feinstein. Ford asked for confidentiality, not wanting to endure the media circus that comes with accusing a famous man of assault, a vicious cycle that ends up doing more damage to the victim than the man accused. Ford said, “Why suffer through the annihilation if it’s not going to matter?”

But as the details began to leak, Ford found that her identity was being made public and her story was being called into question. “These are all the ills that I was trying to avoid. Now I feel like my civic responsibility is outweighing my anguish and terror about retaliation.” Ford also described how the aftermath of the assault colored her life, saying “I think it derailed me substantially for four or five years.”

In response, Senate Judiciary Committee Chairman Charles E. Grassley (R-Iowa) published a letter from 65 women who say they knew Kavanaugh in high school and vouched for his good character. But how did they assemble the statements of 65 women so quickly? This seems like the republicans already knew about the assault claims, and whipped up a defense for when they became public.

Democrats are now demanding a delay on the Kavanaugh vote in light of Ford’s story. While there is a groundswell of support for Ford on social media, it is disheartening that the way we treat victims has not changed in the 27 years since Anita Hill accused Justice Clarence Thomas of sexual harassment.