Someone Bought BrettKavanaugh.com and Turned it Into a Resource Site for Sexual Assault Survivors 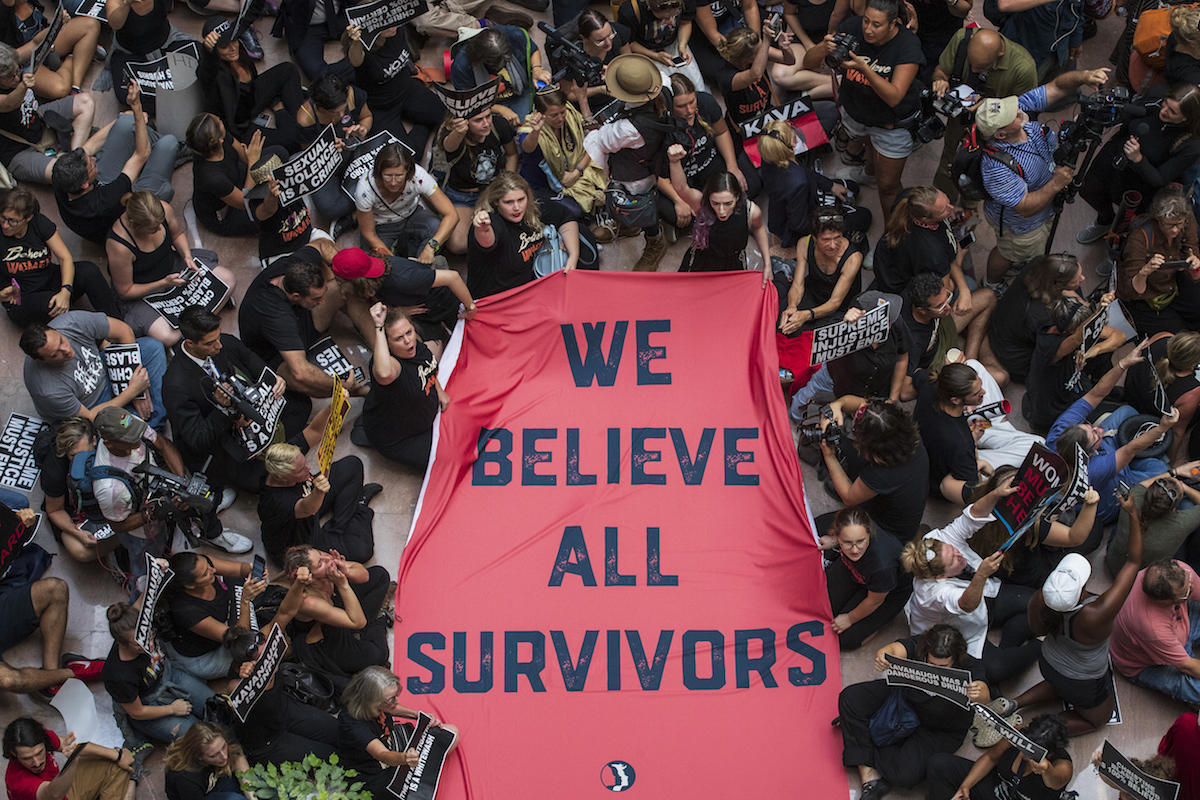 Brett Kavanaugh’s Supreme Court confirmation hearing put a national spotlight on issues of sexual assault. And while he may not have been held accountable for the actions he was credibly, repeatedly accused of, that doesn’t mean the conversation is over.

To make that message clear, someone brillaint has snatched up the URL BrettKavanaugh.com, and filled it with resources for sexual assault survivors.

The site bears the simple message writ large, “WE BELIEVE SURVIVORS,” followed by this text:

The start of Brett Kavanaugh’s tenure on the Supreme Court may look like a victory for one interest group or another.

But, more importantly, it is putting a national focus on the issue of sexual assault – and how we as a country can and should do more to prevent it and to support those who have experienced it.

This past month, thousands of survivors came forward to tell their stories. We applaud your bravery. We believe you. And if you are seeking additional resources, these groups can offer assistance:

The site links to a number of resources for suvivors, including the  National Sexual Violence Resource Center, End Rape on Campus, and RAINN.

The domain was purchased by a non-partisan, grassroots organization called Fix the Court, which advocates for transparency and accountability in the Supreme Court. In a statement, the organization’s executive director Gabe Roth said he bought a handful of URLs three years ago with names he thought might be “useful” in upcoming nomination processes. Those included BrettKavanaugh.com, as well as .org and .net. While the content of the sites might not be directly related to the organization’s primary mission, Roth explains the importance of the decision.

“I believe Dr. Ford. I believe Prof. Hill. I also believe that asking for forgiveness is a sign of maturity and strength, not weakness,” his statement reads. “Watching the White House ceremony last night and listening to the President again cast doubt on the veracity of Dr. Ford’s claims, while not hearing a word of contrition from the newest justice, was difficult for many Americans who have experienced sexual misconduct firsthand.”

“Fix the Court stands with you,” it continues. “We believe you, and we support you. And if you seek additional resources, you can go to BrettKavanaugh.com.”