Want to go back to a happier time when Breaking Bad was all about a guy who just wanted to feed his family veggie bacon and catch that damn fly that’s been buzzing around? Now you can recreate your favorite non-heartbreaking moments of the series with this cool flash game.

As you can tell from the above video demo, the Breaking Bad flash game is a fairly simple-yet-addicting 2d platformer. You play Walt as he navigates around each map throwing stuff at his “enemies” (which include his family, of course) and collecting ingredients to make meth. You then give the completed product to Jesse, who’s waiting at the end of each level to compliment you on your cooking prowess as money rains down from the sky. 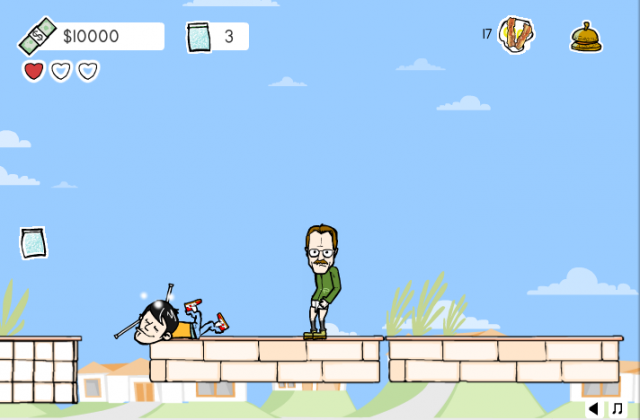 Naturally you defeat your family members by tossing bacon at them. They then thank you for being the best dad ever.

Each level is full of great little details and references to the show — I’d forgotten all about the time Walt gave Jesse the “Blowfish” nickname, for example, so naturally it shoes up everywhere. And yes, you can actually catch that fly if you’re quick enough. 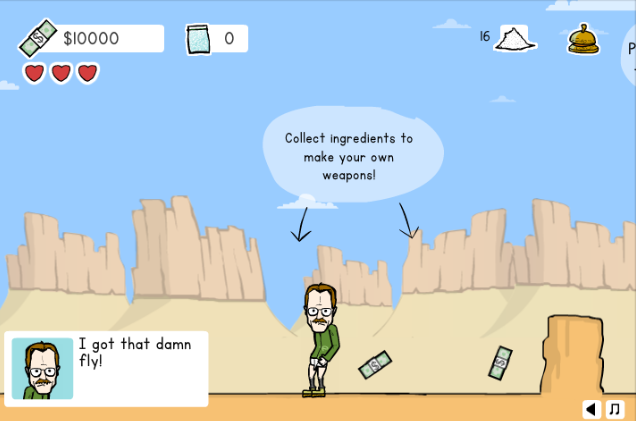 The game dropped right after “Ozymandias” did so it’s not going to be completely accurate all the way to the end — which might be a good thing, actually. I’m only at level 9 of 24 so far, so I’m nowhere near seeing some of the later characters like Gus, Mike, Lydia, and Todd. I hope Todd’s, like, the big bad boss of the game. He should be. He’s the devil. 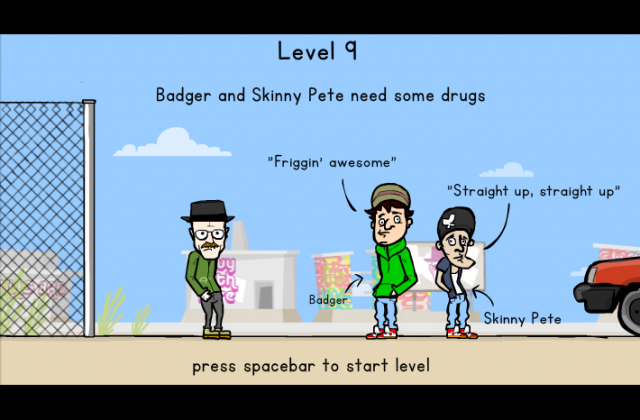 A representative from Roundgame tells us that they’re planning on updating it right after the final episode drops, so bookmark this game now  — maybe it’ll make a good therapeutic outlet for all the raw emotions we’ll be forced to endure two weeks from now.