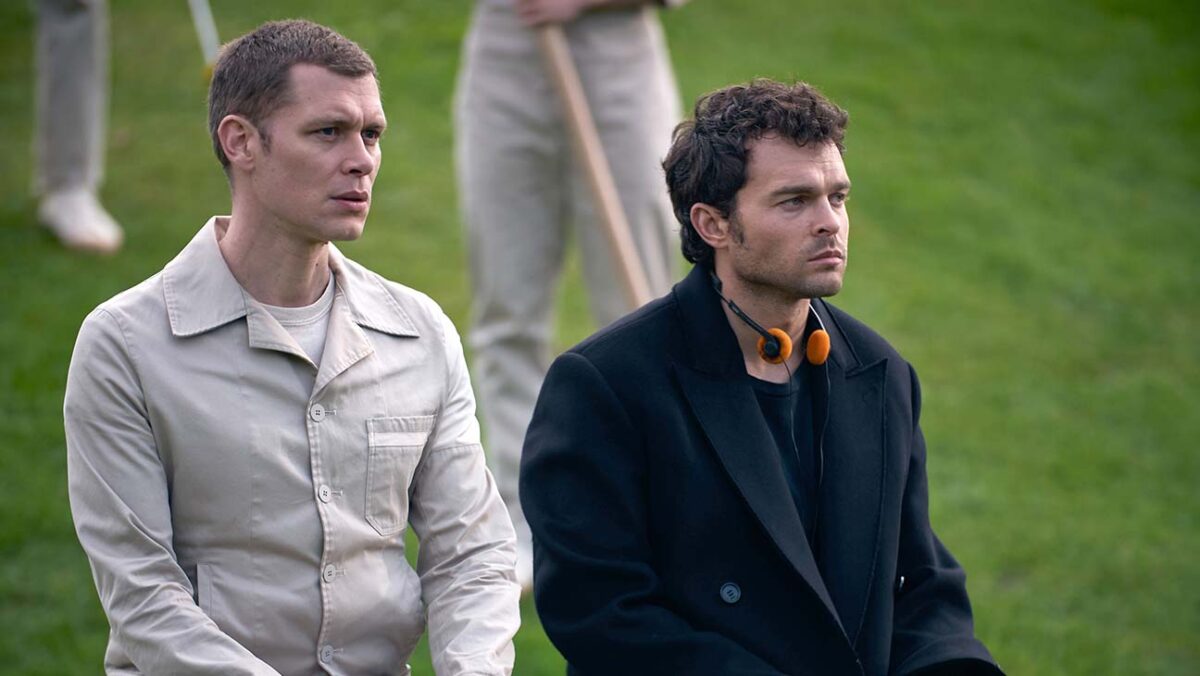 The world that Aldous Huxley built is one that I have been fascinated with since high school. I was a child who thrived in English classes, so I took AP English in my junior and senior years. After our AP exams, we could do whatever we wanted in the class. My teacher junior year, Ms. Riddle (my enemy), spent the latter half of the year, after testing, focusing on novels about the future and the dystopian worlds therein.

Brave New World was paired with Ayn Rand’s Anthem, and I distinctly remember being angry because I was part of the group focused on Anthem and didn’t get to talk about Huxley’s world, one that I was infatuated with. Drugged to accept their place in the world and content with living in the midst of a lie, the citizens of New London were taught not to question the order of things.

Now, in 2020, the themes and characters of Huxley’s world are, sadly, just as relatable as ever, and we’re confronted with that reality in the trailer for Peacock’s new series Brave New World.

Starring Alden Ehrenreich as John the Savage, Harry Lloyd as Bernard Shaw, Jessica Brown Findlay as Lenina Crowne, and more, the cast of Brave New World is forcing us to, once again, look at the reality we currently live in and how it compares to what Aldous Huxley warned us of.

Published in 1932, the novel presented a future filled with sex, drugs, and the idea that we all belonged to each other and not our own individual wants or desires. While the themes of being an individual and loving each other can become convoluted (at best), it is the nature of just accepting reality and not questioning it that still rings true to this day.

The citizens of New London hide away their emotions and their ideas under this guise that the world order is as it should be and that’s that, but when many start to question that order and feel things they’re not meant to, the status of what they have all come to know is challenged and leads into a journey of discovery for everyone involved.

I remember comparing John the Savage and Bernard Shaw to each other and seeing the differences between a society that was living in the “old” realm versus this new world, where everyone was all but shut off to their emotions or free will. From the trailer, it seems as if those themes are still prevalent and important in the show, and seeing the world of Huxley brought to life once again in a time when we, honestly, should be remembering what he was warning us all of is certainly going to be an interesting journey.

Brave New World hits Peacock on July 15th, and it seems as if it is a world filled with the beauty and themes of questioning society’s norms that Huxley built, and I cannot wait to watch!