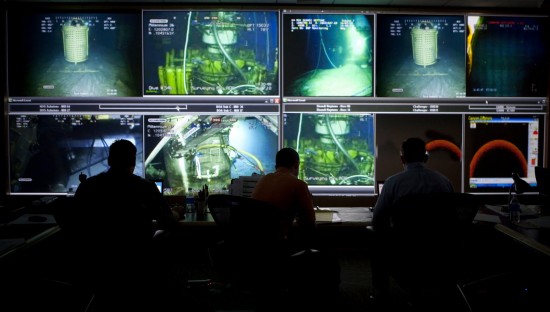 Until late yesterday, the above picture was posted here on BP’s website. But as you can now see if you click the link, the image of the crisis center is different in a major way: some of the screens are blank. It turns out that the above photo is just Photoshopped (poorly; see below) such that it looks like all the screens are active. Of all the things BP has done this year, this certainly isn’t the most egregious, but it shows that they may be putting some focus on company image that should be put on solving the problem permanently. Also, they really suck at Photoshop.

According to AmericaBlog, which first reported on the Shooping, the photo was replaced with an alleged original shortly after 11 last night, but BP refuses to post the original in a high resolution. Also, in an interview with The Washington Post, BP claimed the image was altered by the photographer. You’d think professional photographers would be decent at Photoshop. So here, in more detail, the photo evidence for why many struggle to believe this could possibly have been a professional job: 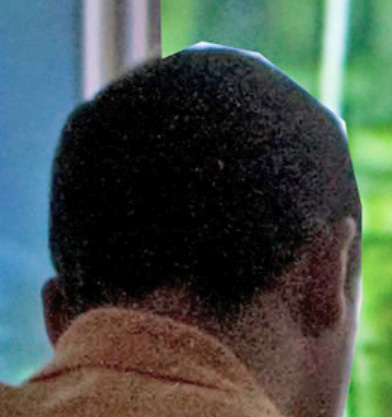 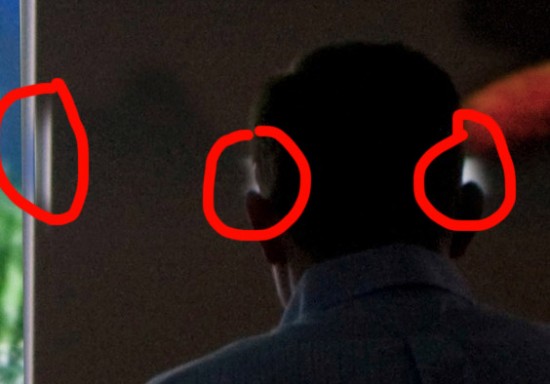 Yeah, it’s pretty egregious stuff, or these guys all have really weird glowing hair. Still not addressed is yet another issue discussed over at AmericaBlog: The metadata for the photo indicates a 2001 creation date. If the photo now on BP’s site is the original and everything went the way they said, that still doesn’t resolve the date issue.