No Joke: BP Endorsed an Offshore Drilling Board Game in the ’70s, Complete with Spills 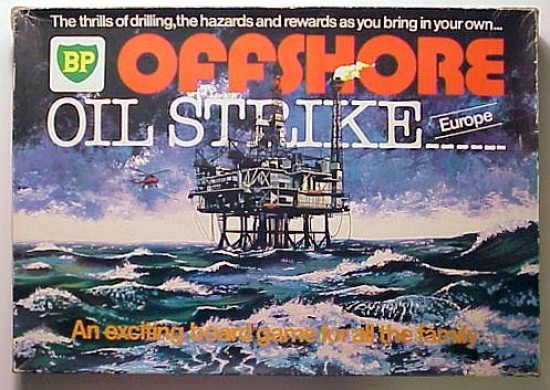 Back in the ’70s, BP teamed up with a company called Printabox to bring us BP Offshore Oil Strike, an “exciting board game for all the family” which concerns drilling the North Atlantic for oil until it’s dry and pitting a BP surrogate called “Hull” against its oil rivals “Bergen,” “Rotterdam,” and “Dieppe,” which stand in for Amoco, Chevron, and Mobil, respectively. First player to $120 million wins!

But “exploring for oil, building platforms, and laying pipelines to bring the offshore oil back to the player’s home company” isn’t all fun and games: There are also risks like storms, which can hurt the productivity of your offshore operations, and, more presciently, catastrophic oil spills, which cost the player a small token amount of money to clean up and thereafter forget about:

One “hazard card” reads “Blow-out! Rig damaged. Oil slick clean-up costs. Pay $1million.” In the set of Offshore Oil Strike pics below (courtesy of BoardGameGeek), you’ll see that the game featured a strike indicator which featured “hazard!” “dry!” and “oil!” outputs; presumably, these outcomes are determined by rolling dice rather than, say, deciding whether or not to install a $500,000 acoustic trigger which cancels out the impacts of negative rolls. For the record, real-world BP has spent more than $3 billion attempting to contain the oil spill, and some estimates have pegged the total damage caused by the spill at more than $100 billion.

Below, more pics of the weirdly prescient board game: 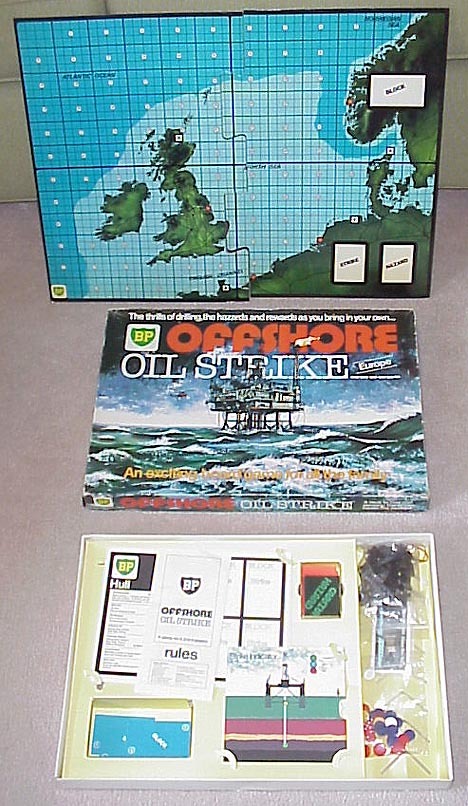 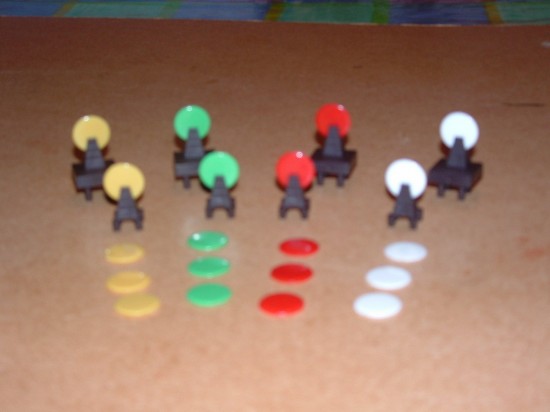 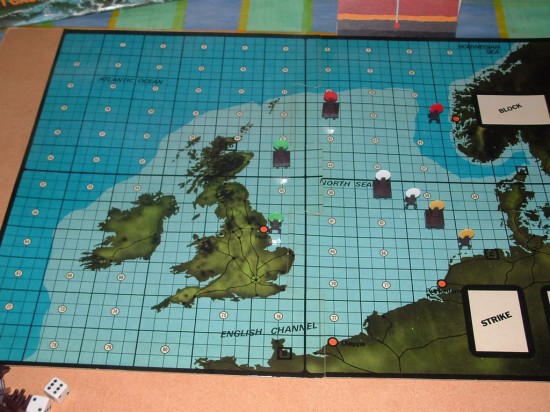 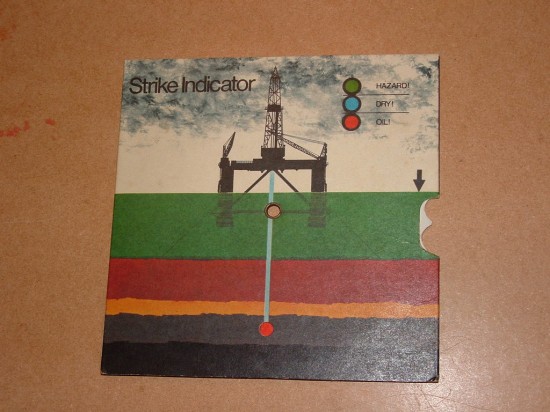