Here's hoping none of these get delayed. 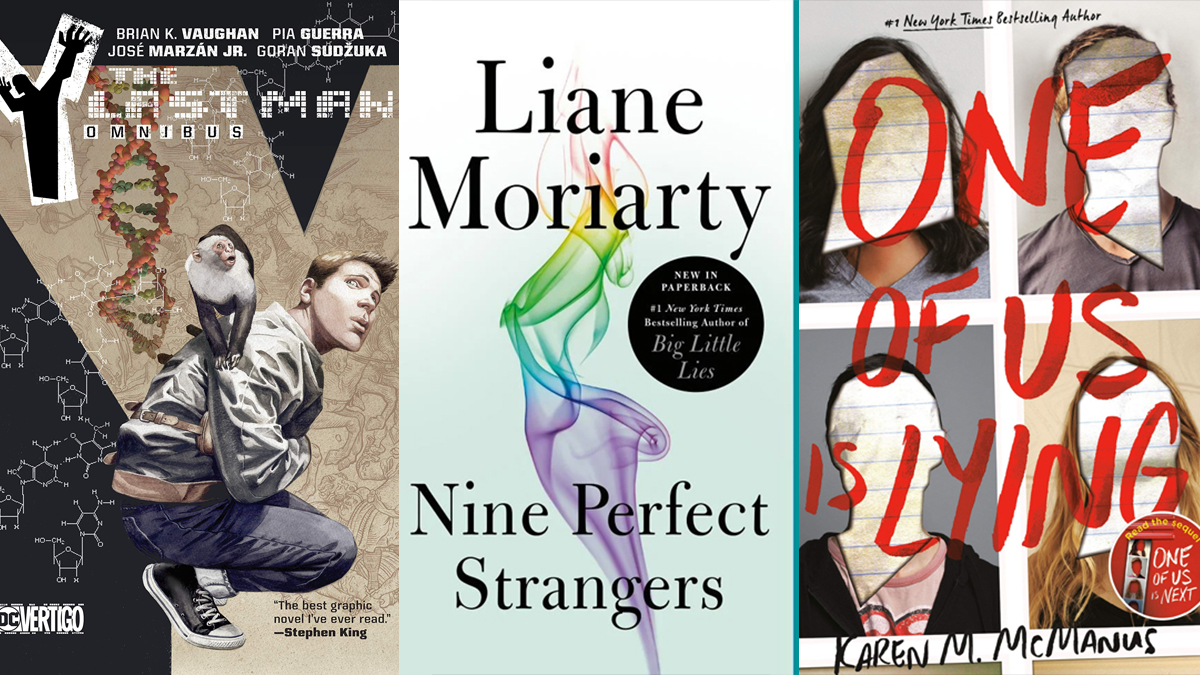 So far this year, we have been blessed by the old gods and the new with many book-to-screen adaptations. This summer alone, Netflix gave us Shadow and Bone, and today, A24 has released The Green Knight.

The last five months of 2021 are stacked with many more—well, pending pushbacks due to the rapid spread of the COVID-19 Delta variant. Here are some we’re looking forward to and will hopefully still see this year: 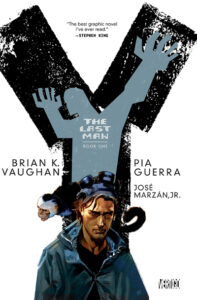 After over a decade in development hell, Bryan K. Vaughn and Pia Guerra’s dystopian graphic novel series Y: The Last Man will be available to stream via FX on Hulu on September 13. The 10-volume story is set in a world where every mammal with a Y chromosome dies instantly, except for Yorick Brown and his monkey Ampersand. The casting includes Ben Schnetzer as Yorick, Ashley Romans as Agent 355, Diane Lane as Senator Brown, and Diana Bang as Allison Mann.

With trans actor Elliot Fletcher set to play Yorick’s best friend Sam (billed as a recurring character), we might get more flashbacks to the before times than in the original series. That or we may get greater queer representation in characters than the original series that began in 2003. Either way, this is exciting.

This series has a special place in my heart as it marked my reentry into the world of comic books and graphic novels. I am curious to see what they are going to do with the story because while I mostly only want minor changes, volumes five, six, and eight can be reworked entirely. I remember flipping to the front of the book to see who wrote it because the story and characters were acting a fool. It is important to see that most of the directors and many of the writers are women because even though this is mostly Yorick’s story, almost every other character is a woman adapting to this new world. 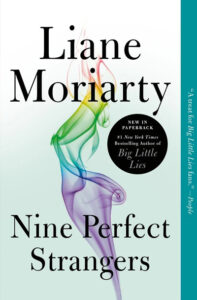 Author of Big Little Lies, Liane Moriarty’s 2019 bestseller Nine Perfect Strangers is coming to Hulu on August 18. The character-driven drama takes place at a remote health resort and centers on romance writer Frances Welty, played by Melissa McCarthy. Welty is intrigued by both the “normalness” of the other guests and the charismatic owner/director of the resort, played by Nicole Kidman. The plot sounds okay, but the rave reviews and intriguing trailer have me looking twice. 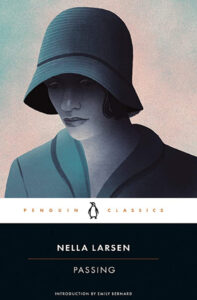 Based on Nella Larsen’s 1929 novella of the same name, Passing tells the story of two biracial Black women reconnecting for the first time since childhood. Both Clare, played by Ruth Negga, and Irene, played by Tessa Thompson, actively pass as white and live an upper-class life with their white husbands. However, that is where the similarities end. Sitting right under 100 pages, the novella came during the tail end of the Harlem Renaissance, when Black artists and scholars were examining what it meant to be Black in the United States. If you are interested in Brit Bennett’s The Vanishing Half or reading more classics, get this book.

PASSING, the Sundance directorial debut from Rebecca Hall, is officially coming to Netflix! 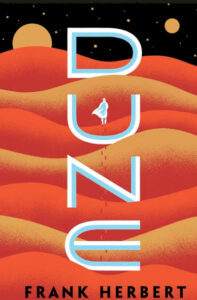 Probably one of the most hyped films of the year, the most recent adaption of Frank Herbert’s Dune is set to release on HBO Max and theater on October 22. Paul Atreides, played by Timothée Chalamet, is an heir to a noble family that rules a desolate world whose economy centers on a spice/drug. The story is filled with political drama, environmental concerns and historical parallels.

As influential to the science fiction genre as it is, the series is notoriously hard to adapt to the screen. There is at least one documentary about a failed attempt! However, many are very hopeful, considering the money put into the film and the talented cast. In addition to Chalamet, the cast includes Zendaya, Rebecca Ferguson, Jason Momoa, Oscar Issac and many more.

One of Us Is Lying (series) – Peacock 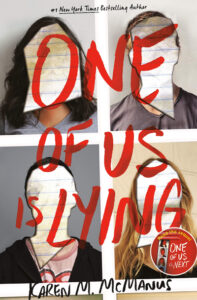 One of the most popular YA books of the last few years, One of Us Is Lying, by Karen M. McManus, was announced to premier on Peacock this year. Five students at Bayview Highschool walk into detention, with only four students leaving. One of the students has been murdered, and now the four remaining students are top suspects. The show stars Mark McKenna, Marianly Tejada, Cooper van Grootel, Annalisa Cochrane and Chibuikem Uche.

The tense teaser trailer features a haunting rendition of “Remember (Walking on the Sand)” by The Shangri-Las—a 1965 song made popular again by TikTok in 2020. We hope this school-based murder mystery releases in October in time for spooky season. 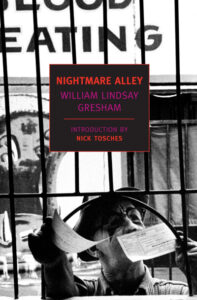 Adapted from the 1946 crime horror book of the same name, Nightmare Alley by William Lindsay Gresham is set to come to Hulu on December 3rd. Stan Carlisle, played by Bradley Cooper, is at the lowest point of his life as a carnival mentalist. He hits a streak of luck when he starts to trick wealthy, gullible clients into believing he can speak to the dead. Cooper is a solid actor, but I am more excited to see names like Willem Dafoe, Cate Blanchett, Ron Perlman, Toni Collette, and Time Blake Nelson in the casting.

Directed and cowritten by Guillermo del Toro (and Kim Morgan), this film is set to release by the end of the year. de Toro told Collider this is the first chance he has to do a movie that shows the “underbelly of society.” He assured that though Nightmare Alley will have no supernatural elements, it will be really dark. We expect no less from de Toro.

If Delta takes this film from us, we may get del Toro’s take on Pinocchio—but I really am looking forward to this one.