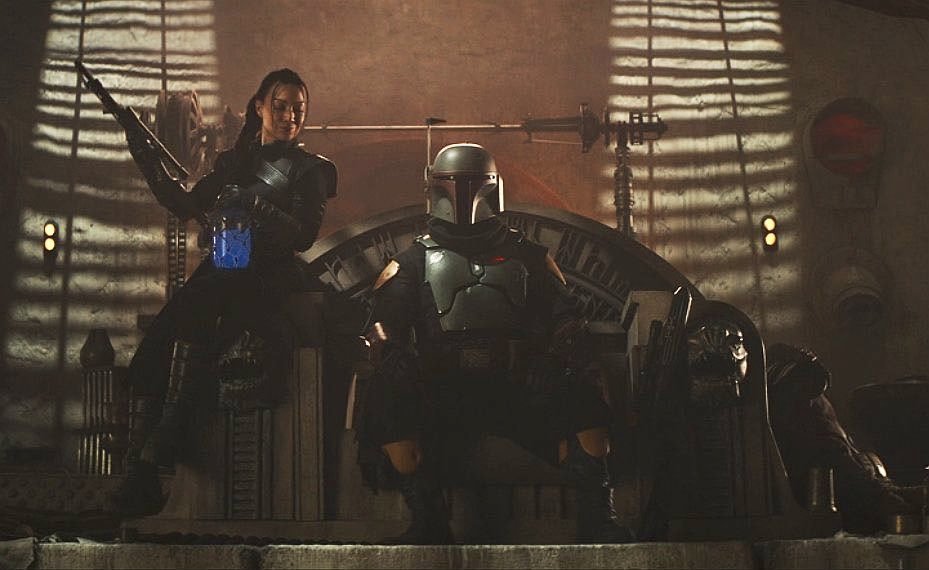 There is a lot of anticipation around Star Wars’ The Book of Boba Fett for a number of reasons. For me, I’m just excited to see this character that I never really cared about until recently come to life in this new way. I’ve said it before and I’ll say it again: I never thought Boba Fett was cool until The Mandalorian showed us Boba in action, coming to Din Djarin’s aid, and suddenly made me care about Boba Fett.

So now that we’re getting a deeper look at the character in this series, what do I hope to get out of The Book of Boba Fett? Well, I hope that we get to see Boba’s journey from falling into the Sarlacc Pit to the man we saw rescue Fennec Shand and help Din. Boba went from an elusive figure to one that our favorites on The Mandalorian knew they could count on, something that wasn’t really the case during the original trilogy.

Boba Fett, to me, was always someone who just was a bounty hunter who died and that was that—not particularly great at his job but okay enough to work for Jabba. Clearly, my opinion has changed on the character, but with The Book of Boba Fett, I hope that we explore how he changed. The young boy we saw in the prequels watching the death of his father, Jango Fett, grew into a man dedicated to his job as a bounty hunter. But even then, he still changed into the man we saw in the future.

So I hope there’s a glimpse into how we went from prequel Boba Fett to the man who was, essentially, a father figure to Din Djarin even though the two didn’t really talk about it. I also hope we get to see more of the dynamic between Fennec Shand (Ming-Na Wen) and Boba (Temuera Morrison). The last we saw of them, Fennec was at his side and working for him because he saved her from Toro Calican’s (Jack Cannavale) nearly fatal attack.

It never felt like a relationship built on the knowledge that Fennec owes Boba her life, but it’s still a dynamic I would like to explore. Much like the relationship between Han and Chewie, it was built on mutual respect because one saved the other’s life. Chewie had a life debt to Han, but that didn’t change their friendship. They cared about each other and would die for one another, so I want to see if Fennec and Boba’s relationship is similar or if there is something more to their relationship.

We get our first look into the world of Boba Fett this December, and I hope we get to see some familiar faces, learn more about Boba Fett, and finally learn how he survived that fall into the Sarlacc pit.