Story Time: Chapter 2 of The Book of Boba Fett Gives Us a Look Into Boba Fett’s Mercy 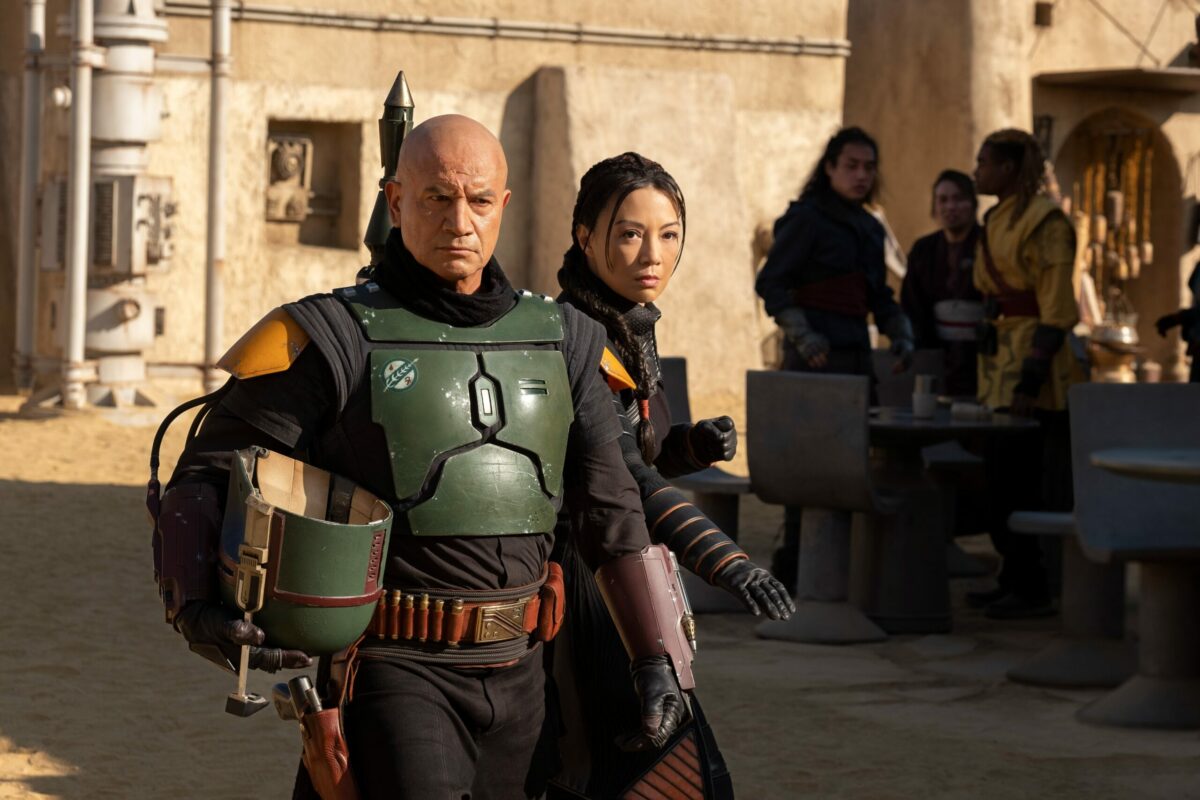 The Book of Boba Fett is bringing us an in-depth look into the character of Boba (played by Temuera Morrison). With episode 1, we were thrust into Boba’s time with the Tusken Raiders after he escaped the Sarlacc pit, mixed with his present. Boba and Fennec have taken over the rule of Jabba’s Palace, but it hasn’t come easily. They’ve been attacked, disrespected, and challenged at every turn.

**Spoilers for The Book of Boba Fett chapter 2 lie within.**

Boba Fett is a ruthless gunslinger, that much has always been known, but this is the first time we’re really seeing him lead, and it makes for a different Fett than the one we’re used to. He rules with the kind of fear that Jabba wishes he had. He’s quiet, he’s powerful, and he shows time and time again how he could destroy anyone in his path if he decided he wanted to.

In “Chapter 2,” Boba is face to face with the truth: Someone wants him dead. During “Chapter 1,” Fennec and Boba were attacked as soon as they left the Cantina. A group of hired assassins came after them, but because it was Boba and Fennec, they survived and took one prisoner back to the Palace. Once there, they threaten him, but he refuses to talk until he thinks that he’s going to be fed to the rancor. The problem? We know that rancor is dead.

But the assassin does not. So, Fennec and Boba threaten him, and in his fear, he yells out who hired him to come and kill Boba Fett. It was the Mayor, the man who refused to pay Boba his tribute. So, Boba shows mercy on this prisoner and takes him to the Mayor for answers.

While the assassination attempt is easily explained away when Boba and Fennec go to the Mayor, the real problem comes with Jabba’s twin cousins coming to Tatooine to lay claim to Jabba’s Palace. Though Boba explains how it is his and the only way to take it from him is to kill him, Fennec still points out that he’ll need “approval” to kill the Hutts.

All of this is the first show of Boba’s mercy. He doesn’t kill the prisoner, and he doesn’t attack the Hutts. He’s biding his time and waiting it out. So, when we get a flashback to his time with the Tusken Raiders, we get to see what earned him the black robes and staff that we saw him with in The Mandalorian.

He saved the Tusken Raiders from a spice-carrying train that would shoot at them, and lets those running the spice go free so that that they can tell others that, in order to pass through the sand dunes, they need to pay the Raiders. He shows them mercy in order to set up a future for the Tusken Raiders who took him in and took care of him.

It’s a tactic that Jabba clearly didn’t use. He showed no mercy. Boba, though? He uses that good will to his advantage, and it is going to be interesting to see how the show takes us through his battle for power against the Hutts and to know who Boba Fett has to get approval from. Is it the Hutts? Is it someone else he has to answer to? Either way, it’s exciting!