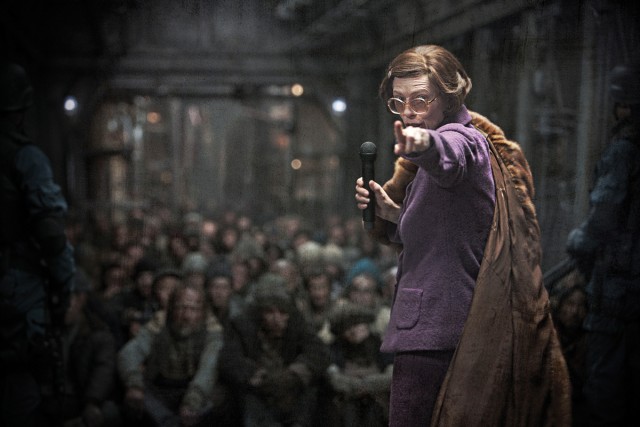 I may not be that excited about Tilda Swinton’s upcoming turn in Doctor Strange, but the news that she plans to work with Snowpiercer director Bong Joon-ho on another project? That seems worthy of a curious eyebrow raise, at least. Swinton told Variety,

I’m already planning more adventures with Bong Joon-ho. He is a great master like Luca [Guadagnino].

And she told Collider last July,

IndieWire speculates that Swinton could be involved in Okja, Bong Joon-ho’s next major film project, which will feature scenes that take place in both the US and Korea, with some dialogue in English and some in Korean. He’s described the project as a “smaller-scale” film than Snowpiercer: “I’d rather work with a smaller budget if it means having more freedom.”

Then again, Okja is also apparently a monster movie, so … how small-scale could it really be? Maybe Tilda Swinton will get to play the monster.