Bolton Manuscript Bombshell Proves What Everyone Already Knows: Trump Is a Corrupt Liar 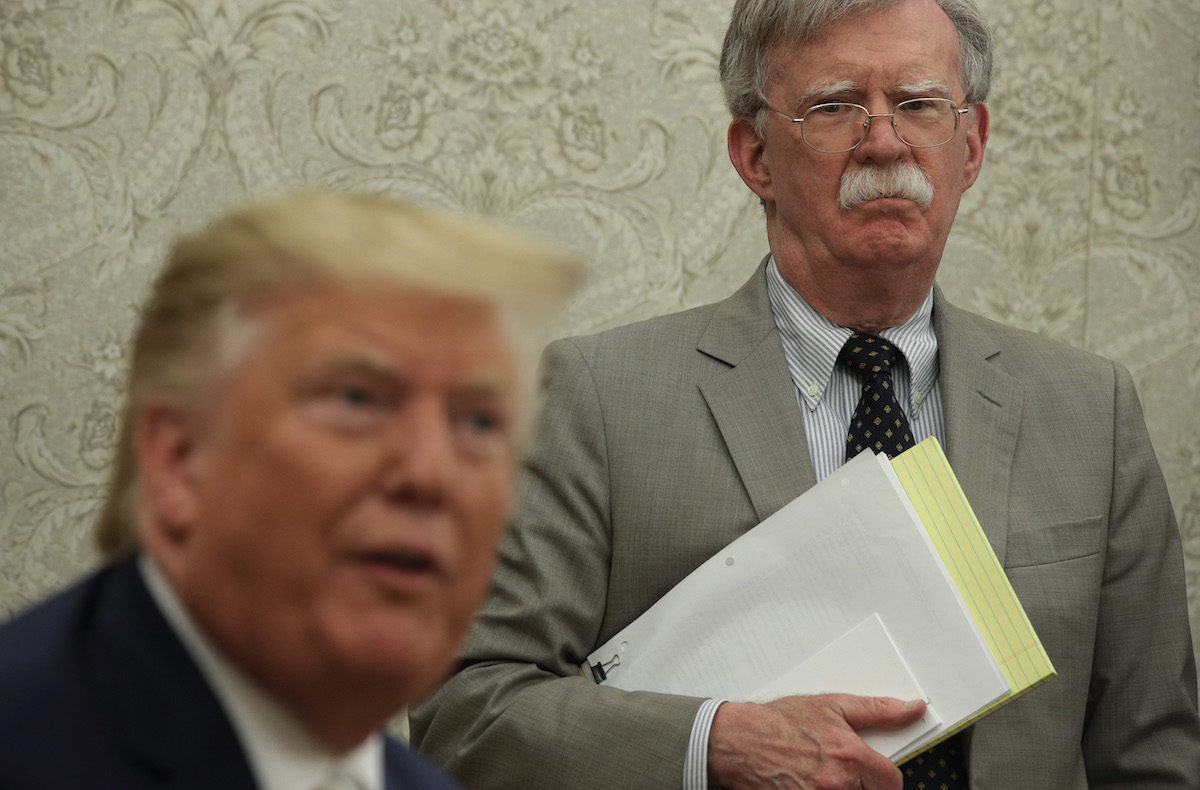 The conventional wisdom on the latest revelations in the Trump-Ukraine scandal is that these are the sort of allegations that at any other time would destroy any other President. But we’re unfortunately stuck in this time with this mess of a chief executive, so who knows if new revelations from the manuscript of John Bolton’s forthcoming book, which confirm that Trump conditioned foreign aid to Ukraine on an investigation of Joe and Hunter Biden, will make a difference.

Trump has already lied many times about the “perfect phone call” where he conditioned aid to Ukraine on a Biden investigation, so he kept up tradtion following the revelations from the Times, and started lying immediately in response.

I NEVER told John Bolton that the aid to Ukraine was tied to investigations into Democrats, including the Bidens. In fact, he never complained about this at the time of his very public termination. If John Bolton said this, it was only to sell a book. With that being said, the…

…(Democrats said I never met) and released the military aid to Ukraine without any conditions or investigations – and far ahead of schedule. I also allowed Ukraine to purchase Javelin anti-tank missiles. My Administration has done far more than the previous Administration.

By the way, the claim, that the aid to Ukraine was released ahead of schedule is, like most things Trump says, a blatant lie.

There are myriad revelations in Bolton’s manuscript, such as Mike Pompeo acknowledging that there was no factual basis in Rudy Giuliani’s vendetta against Ukraine Ambassador Marie Yovanovitch. The ambassador was not corrupt but Giuliani was acting against her “on behalf of Other clients” – meaning Rudy’s unsavory friends in the Ukraine.

The fact that Bolton very clearly can contradict the president’s defense against his impeachment and removal from office is raising alarms on both sides of the aisle. Democrats in the Senate have been trying to get witnesses to testify in the impeachment trial, which Republicans have blocked and the White House has ordered people not to comply with subpoenas (again – that’s illegal) if summoned … but John Bolton has expressed willingness to testify if called.

John Bolton, who clashed with Trump and his cronies like Pompeo and Giuliani in his time working for the administration, could very well prove the undoing of Trump—if he’s actually allowed to speak. Will that happen? It’s unclear. Talking Points Memo and Politico claim that the Republican senators who were dead set against witness testimony are waffling now since Bolton’s revelations are already out in the public sphere.

There are also reports, this from reporter Maggie Haberman, a co-author of the bombshell Times story about Bolton’s book revelations, that GOP senators are none-too-pleased that the White House – which has had this book since December – didn’t let them know what Bolton knew and was ready to spill.

Per sources, some GOP senators privately pushing White House for information on who at administration had visibility into the manuscript over the last month. Senators feel blindsided.

It’s actually quite generous of the Senators to believe that anyone at the White House can read.

Will this be the tipping point? Will the GOP realize that if they remove Trump they might still have Mike Pence or did Pence know about this as well? He’s not mentioned in the Times piece, which might be the only hope left for Republicans. And if these Senators don’t let witnesses testify, how can they claim any sort of integrity when they face reelection? We’ll know soon enough.