Note: This article includes spoilers for seasons 1-4 of BoJack Horseman.

Earlier this year, Netflix introduced a “Skip Intro” button on a lot of their TV shows and movies. This is great when you’re binge-watching a show, especially one with a long theme song. Still, a lot of those shows put some amazing artistry into their opening sequences that you’d be missing out on if you click skip. And in the case of BoJack Horseman, you’d be missing a whole extra tiny world of the show.

The show’s theme song is the product of a collaboration between avant-garde jazz singer/composer Ralph Carney and his nephew, Black Keys drummer Patrick Carney. I love the song, and the visuals that go with it, so I rarely, if ever, skip it. But I was a few episodes into my season four binge this weekend before I realized there was more going on in these 50 seconds than I ever noticed.

Above, you can watch the BoJack Horseman title sequence as it appeared in season one. We see BoJack floating through his house and his daily life. The people most important to him gather and interact behind him before a party forms and he eventually falls into a swimming pool.

Starting in season two, they started to play around with the story the theme song was telling, changing the settings to match the events of the season. Where BoJack once moved through a grocery store, now he was on the set of Secretariat. Then, in season three, it was the red carpet of the movie’s premiere.

Diane was the first person to disappear from the sequence after she left for Cordovia. Instead of seeing her at the back door, Todd’s set up his Cabracadabra company headquarters in Bojack’s living room. 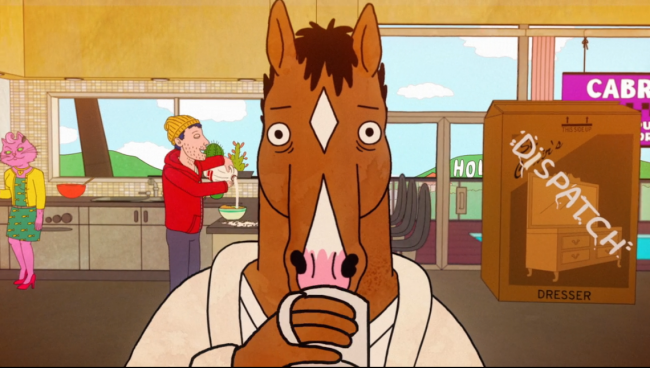 The episode after he fires Princess Carolyn, she’s also gone from his home. 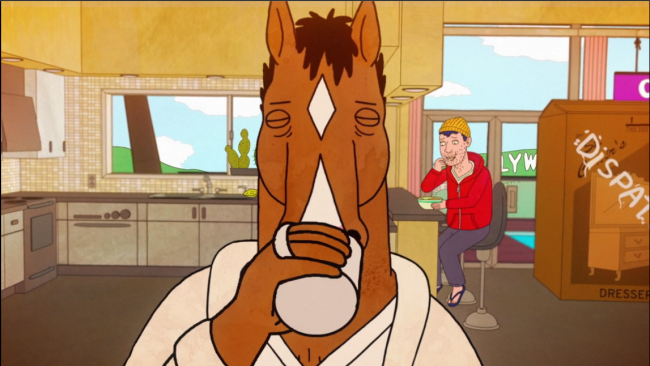 Then everyone was gone. 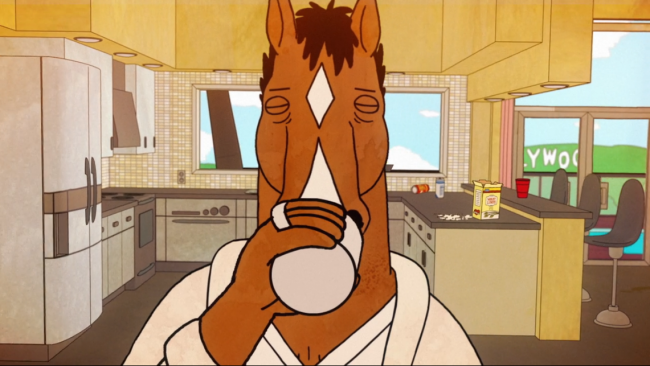 This season added a kaleidoscope element, a great nod to the fractured time-weaving storytelling. But it follows the same path, starting each episode with a sort of microcosmic recap of the state of BoJack’s relationships.

In season four, those relationships aren’t doing so well, even by BoJack standards. He’s not talking to any of his friends, all of whom have subplots removed from Bojack’s storyline. So that house in the credits stays empty for the first few episodes. Eventually, Hollyhock–the daughter he never knew he had–shows up. Then his mother, Beatrice, and her caretaker.

Over a few episodes, his house goes from an empty mess, full of garbage and spilled booze and broken windows, to something actually resembling a home, full of family. 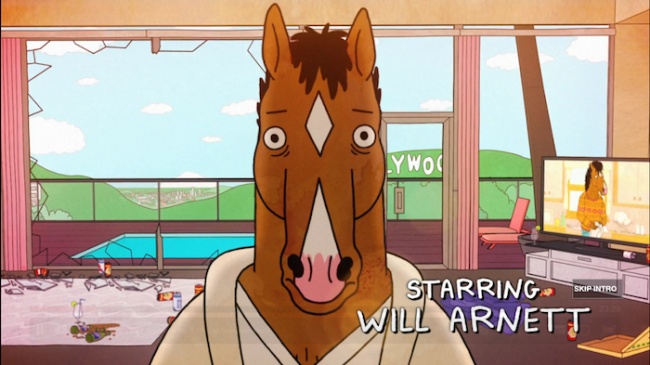 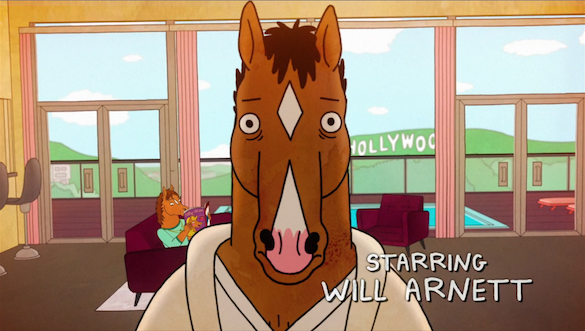 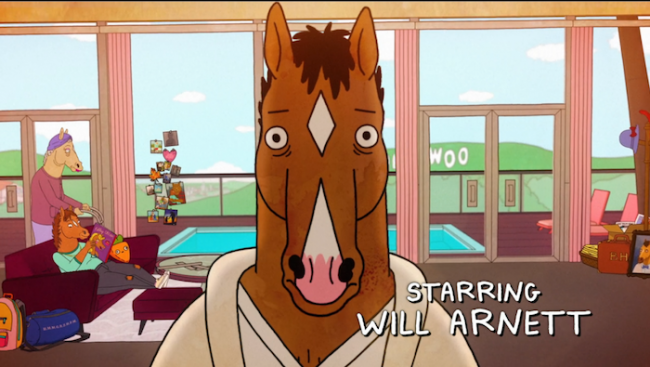 Of course, this is BoJack Horseman we’re talking about. Which means we can’t have anything nice without it being yanked away just in time for a sucker-punch of sadness. 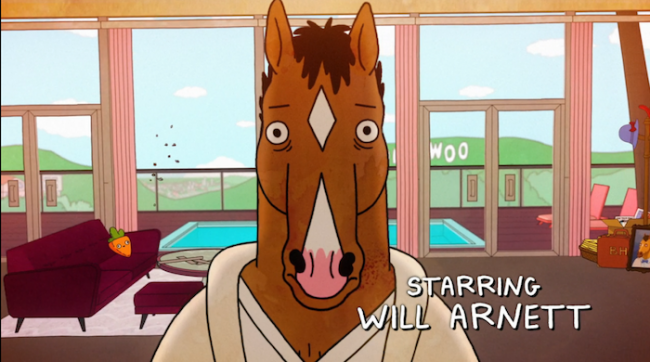 Just a reminder that BoJack Horseman is one of the most detailed-oriented, emotionally devastating shows on television, from the first second to the last. Speaking of the last, there’s never a bad time to listen to this: