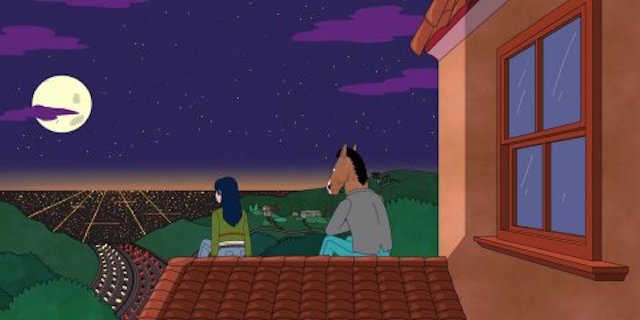 When BoJack Horseman’s fourth season premiered on Netflix earlier this month, the character’s Twitter account spent a few days responding to pretty much everyone discussing the show online. This included Luc Baghadoust, the producer of DONTNOD’s Life Is Strange. Clearly, he’s a fan.

Good to see you back, @BoJackHorseman , I missed you

Turns out, the feeling’s mutual.

thanks buddy. sorry i was gone so long. what've you been up to

This was right after the Life Is Strange prequel Before the Storm came out.

Working on our new game (@LifeIsStrange )! I'd be happy to offer you a key but I guess you're not into video games? Have a nice day bro! ❤️

For fans of the game, you know that that joke is incredibly specific and also perfect. In the choose-your-own-adventure style of Life Is Strange, sometimes that adventure literally makes you choose your breakfast. You might see that as an impressive attention to detail, or as an infuriating time stall. Or maybe you’re a 1200 pound horse who needs an option for larger portions.

I love the idea of BoJack playing this game. You just know he would pretend he found the teen angst annoying, but actually be totally swept up by the story and invested in the characters’ emotional growth. BoJack Horseman loves Life Is Strange and you cannot convince me that this is not canon.

It’s canon that Bojack played Life Is Strange and then quit when the game didn’t let him have two breakfasts at once pic.twitter.com/CQkXlpPyen

Let’s also remember that according to Twitter canon, Jessica Jones and therefore the entire Marvel universe also exist in the same world as BoJack.

Need to track someone down?

Can we all agree to believe that Jessica Jones also loves this game? She definitely played Before the Storm too, right? She is a total Chloe.