You Can Figure Out Someone's Personality By Sniffing Their Body Odor, Study Shows 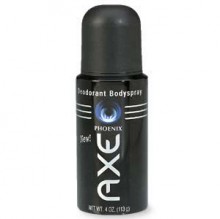 You can get a feel for how anxious, outgoing, or dominant someone is by smelling the sweaty shirt they’ve slept in for the past three nights. I don’t know how useful that will be for most people, but it’ll make my life significantly easier, that’s for sure. The discovery is based on the results of an experiment conducted by Agnieszka Sorokowska, Piotr Sorokowski and Andrzej Szmajke of the University of Wroclaw, Poland. Lucky participants in the test had the pleasure of sniffing shirts worn by individuals for three consecutive nights and then got to guess what kind of people they were. It all went surprisingly well.

The test consisted of two main groups: Your sniffers and your sniffees. The sniffiees, 30 men and 30 women, were asked to sleep in the same white t-shirt for three consecutive nights. They were also asked to abstain from using perfume, soap, and deodorant as well as smoking and eating things that are known to affect body odor, like garlic and onions. They were also given personality tests before they got smelly, for the good of everyone involved.

After adequate smelliness had been accrued, the shirts were divvied up among the sniffers, 100 men and 100 women, such that every shirt got sniffed by 20 sniffers and that no sniffer had to sniff more than 6 of the shirts. (Word problem anyone?) After the sniffing, the sniffers made guesses as to how anxious, outgoing or dominant each of the sniffees they sniffed was. After that, they presumably got some fresh air.

What the study found was that sniffers, while not paricularly amazing at predicting personality, were at least as good at predicting personality as test subjects who just watched a video of someone and predicted their personality from that. That being the case, if you want to get a feel for someone’s personality, you might be just as well off stealing their unlaundered, unperfumed clothes and smelling them as you would stalking them in a more traditional manner. It opens up all kinds of opportunities for stalkers who don’t have a lot of free time.

The next step, of course, is to narrow down the results and figure out which smells are properly indicating personality traits and how personality traits are causing the generation of those smells. In the meantime, just be aware that you’re giving away some personal information when you sweat, and, um, not being yourself when you use deodorant, I guess. Go ahead and keep using deodorant though. That seems like a pretty good thing to be doing.