Bob Woodward Has a New Book, and Trump Is Not Gonna Like It | The Mary Sue 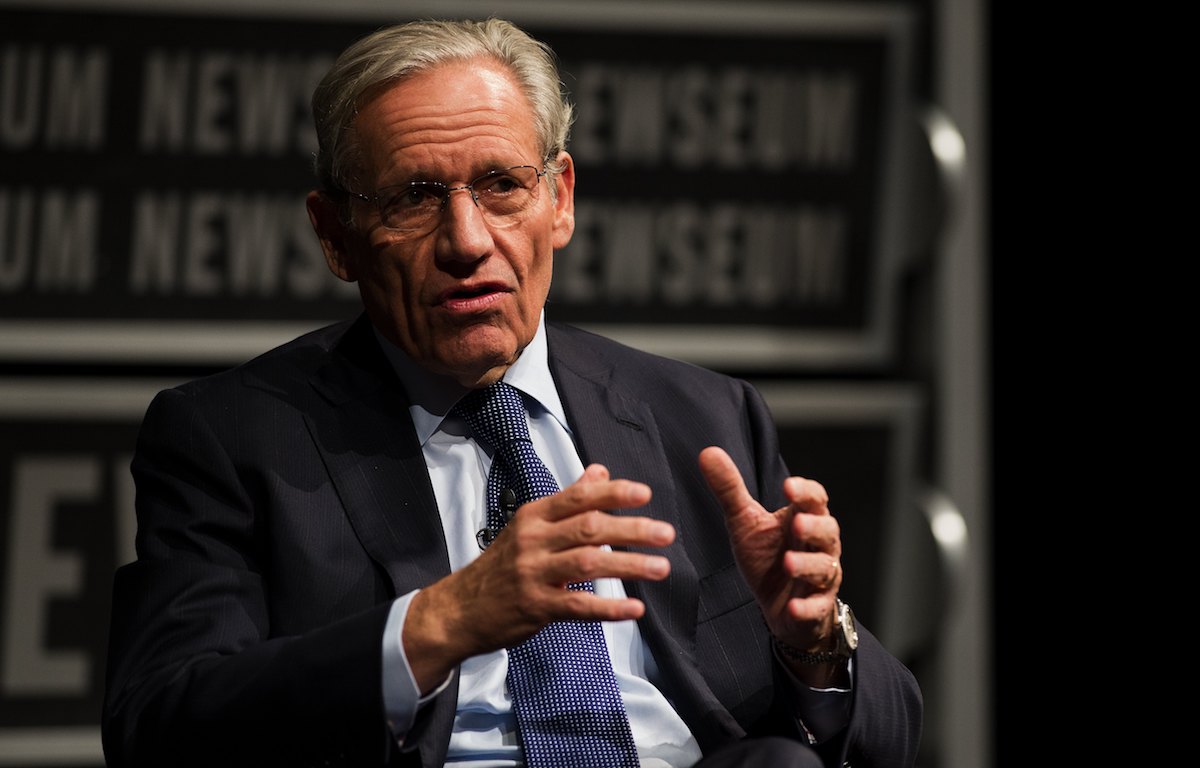 When it comes to raking muck, few names stand out more than Bob Woodward. He’s stood at the journalistic front line since 1972, and Watergate was just the tipping point. Where there’s something happening in the White House, there’s Woodward ready to report it to the people, and that hasn’t changed. Woodward’s latest book, FEAR: Trump in the White House, will be released on September, 11 2018, and the world is going to want to read it.

Woodward puts pen to paper and commits rumor to reality with Fear. According to The Washington Post, Woodward’s book is the product of hundreds of hours of interviews with witnesses and those with access to President Donald Trump done on “deep background”—meaning that all the information could be used, but he cannot reveal his sources. The Pulitzer Prize-winning author writes that anger and paranoia bleed through Trump’s White House, and aides, propelled by concern over an impulsive commander-in-chief, have even gone as far as to remove and hide documents from his desk to stop him from signing them.

Woodward even reports that Trump’s Chief of Staff, John Kelly, often referred to Trump as an “idiot” and “unhinged,” according to The Washington Post.

“He’s an idiot. It’s pointless to try to convince him of anything,” Kelly said, according to Woodward. “He’s gone off the rails. We’re in Crazytown. I don’t even know why any of us are here. This is the worst job I’ve ever had.”

But comments like that don’t end with Kelly. Trump’s former personal lawyer, John Dowd, reportedly said Trump is “a fucking liar” and told him he’d end up in an “orange jumpsuit” should he testify to Robert Mueller. Woodward also writes that Defense Secretary James Mattis describes Trump as having the wherewithal of a “fifth- or sixth-grader.”

“Mattis was particularly exasperated and alarmed,” writes Woodward in reference to a Jan. 19 National Security Council meeting. “Telling close associates that the president acted like — and had the understanding of — ‘a fifth- or sixth-grader.’ ”

This is not just a book about an administration; it’s a window into a White House that is tearing at the seems and a commander who is genuinely not mentally fit to run it—something that the public has known for a while, even without the firsthand access Woodward provides to put the nail in the coffin.

As Jonathan Karp, President and Publisher of Simon & Schuster said in a press release, “This is the inside story on President Trump as only Bob Woodward can tell it.” Even those who have faced Woodward’s unique level of scrutiny themselves have to admit that there’s no attacking his journalistic integrity:

I’ve been on the receiving end of a Bob Woodward book. There were quotes in it I didn’t like. But never once – never – did I think Woodward made it up. Anonymous sources have looser lips and may take liberties. But Woodward always plays is straight. Someone told it to him.

Woodward and Carl Bernstein have always been heroes of mine, and that included some very intense games of imaginary newspaper with fake a fake “Woodstein” press badge around my neck (I could never decide on just one). My copy of All the Presidents Men looks worn and tired, and I’ve watched the film more times than any person should care to admit. Now that I’m older, though, I truly realize the significance of what Woodward and Bernstein did, and what happens after the release of FEAR … well, we’ll see.