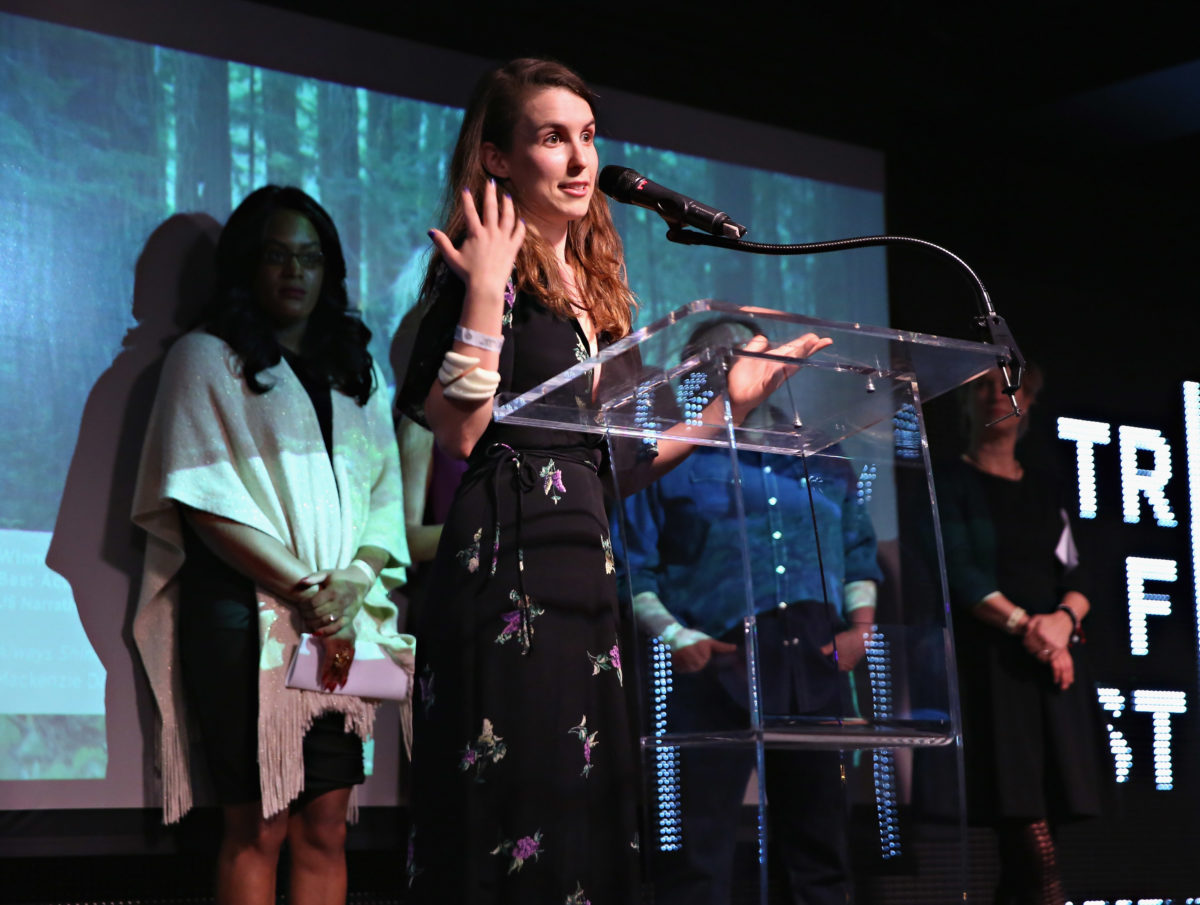 After releasing over 40 films and cementing themselves as the new home for horror, Blumhouse Productions is finally making a feature film with a female director. Sophia Takal (Green, Always Shine) will helm a reboot of Black Christmas. The 1974 Bob Clark slasher film follows a group of sorority girls over the holidays, where they are stalked by a mysterious killer.

Takal previously worked on Blumhouse’s Into the Dark series on Hulu, where she directed January’s entry into the holiday-themed anthology, New Year, New You. Takal was the first woman to direct an entry into the series, which was followed by Chelsea Stardust’s All That We Destroy.

Takal’s hiring is a step in the right direction for CEO Jason Blum, who previously came under fire for not hiring female directors. Blum said in an interview, “We’re always trying to that. We’re not trying to do it because of recent events. We’ve always been trying … There are not a lot of female directors period, and even less who are inclined to do horror.” Blum was roundly called out on social media and later apologized.

Takal, who was previously interviewed for New Year, New You, said she felt very supported by the Blumhouse team:

I can only speak to what my experience was working with him. But I just felt totally supported. I felt like they wanted to make a movie with a woman and they were aware of my work prior to this. So I felt like my femaleness was part of why they hired me, but in a way that I was totally comfortable and happy about. Because it seemed like they really wanted to tell a movie from a female point of view. Like step out of the Male Gaze that is so often associated with horror.

In addition to Takal, Blumhouse has tapped Zoe Lister-Jones (Band-Aid) to write and direct a remake of the ’90s cult classic The Craft. We’re here for female-driven horror fare written and directed by women, especially projects that look to upend the traditional “girl in distress” horror paradigm.

Despite their track record regarding directors, Blumhouse has delivered some entertaining female characters over the years, from survivalist Laurie Strode (Jamie Lee Curtis) in last year’s Halloween to the darkly hilarious Tree (Jessica Rothe) in Happy Death Day, to Octavia Spencer’s delightfully bananas performance in Ma.

We’re excited to see what Takal and Blumhouse have in store for the Black Christmas reboot, which is set to be released during (you guessed it) the holiday season. Merry Christmas!