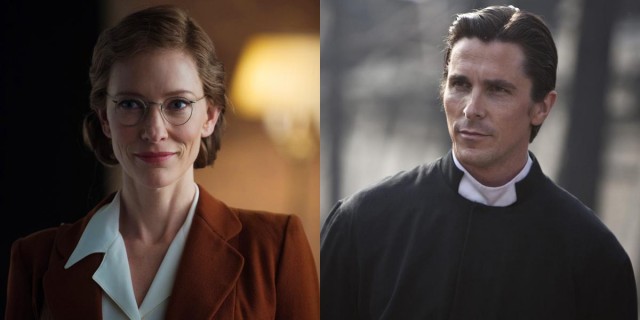 Cate Blanchett and Christian Bale recently worked together on Terrance Malick’s King of Cups, but they’ll be reuniting again soon (at least on screen) as they take on two major roles in Warner Bros. The Jungle Book.

The Hollywood Reporter has the details on who is who:

Serkis will play Baloo the bear, while Bale will voice Bagheera, a fearsome panther, both of whom save Mowgli from the killer tiger Shere Khan (Cumberbatch) and teach him the law of the jungle.

Blanchett will voice Kaa, a sinister python who is also a friend to Mowgli, while Hollander will play Tabaqui, the jackal who is an underling of Shere Khan.

Mullan will be Akela, the leader of the wolf pack that raises Mowgli. Harris is the female wolf Nisha, while Marsan is her mate, Vihaan.

It does not surprise me Serkis himself is taking on a role in the film, and a major one at that. Regardless, THR also gives these important details we were previously theorizing about, “The movie will employ a mix of motion capture, CG animation and live-action.”

Again, this is not to be confused with Disney’s The Jungle Book project which will star Sir Ben Kingsley as Bagheera and Scarlett Johansson as Kaa, among other notables.