Ridley Scott’s New Blade Runner Is Officially A Sequel & Will Star A Woman In The Lead Role! 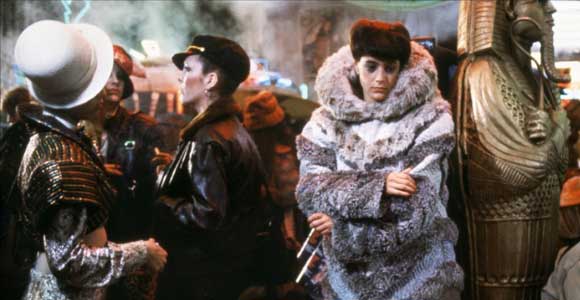 Back in 1982, Ridley Scott directed a film based on Philip K. Dick’s novel Do Androids Dream of Electric Sheep? called Blade Runner. It went on to become one of the most highly regarded sci-fi films ever. The story took place in 2019 which obviously meant it was time for Hollywood to revisit the idea. Scott has finally announced that his new Blade Runner film will not be a remake, but a sequel, the original screenwriter is involved, and he’ll be putting a woman in Deckard’s shoes this time around. Hit the jump for details!

A press release gave the official word today that Scott’s second Blade Runner project would be a sequel but also that his original screenwriter, Hampton Fancher, is also on board. It says he’ll be there, “to develop the idea for the original screenplay for the Alcon Entertainment, Scott Free, and Bud Yorkin produced” film.

Though we  now know for sure it’s a sequel, the team is still tight-lipped about the plot. “The filmmakers would reveal only that the new story will take place some years after the first film concluded,” according to the release. “The three-time Oscar-nominated Scott and his Blade Runner collaborator Fancher originally conceived of their 1982 classic as the first in a series of films incorporating the themes and characters featured in Philip K. Dick’s groundbreaking novel.“

Now, onto the news that’s really got us excited. Scott did an interview with The Daily Beast in which he discussed his upcoming release, Prometheus, as well as his penchant for using strong female characters in his films.

“Funny enough, I started my first meetings on the Blade Runner sequel last week,” he told them. “We have a very good take on it. And we’ll definitely be featuring a female protagonist.”

And that, unfortunately, was the very last question included in the interview. But he did say some other, related things I found interesting. Like this.

Ripley [from Alien] was androgynous, and she didn’t emerge until she shouted at Yaphet Kotto to “Shut the f–k up!” and that was well into the second act. This rather pretty woman who everyone assumed in the first act was going to be one of the first ones to cop it gradually starts to take up the mantle, and the weapon. To me, it’s always organic and not a specific decision to make her female, but afterwards, there’s always 20/20 hindsight, isn’t there? I read with slightly raised eyebrows the surprise and the power about having a female lead instead of a male lead, and it refocused my awareness about what we’ve done. It was a calculated risk as well in a film that’s fundamentally a traditional “who’s going to be the last one standing in a big, dark house.” In The Texas Chainsaw Massacre, which was significantly frightening for me at that particular point cause I looked at it just prior to making Alien, that girl was still standing at the end covered in blood, but she’d survived rather than won. The difference with Ripley was that she had won and survived.

I’m used to very strong women because my mother was particularly strong, and my father was away all the time. My mother was a big part of bringing up three boys, so I was fully versed in the strength of a powerful woman, and accepted that as the status quo. I think there are a lot of men who feel they’re being emasculated by having the woman be in charge; I’ve never had that problem. All the relationships in my life have been with strong women, from childhood. The relationship I’ve had in my life for the past 30 years is with a very strong Costa Rican woman. Oddly enough, I find it quite engaging to be working with a female when I’m directing. It’s kind of interesting.

I’m usually dead set against creators (or other people) revisiting classic works but I’m holding out judgement on the Blade Runner project until I see Prometheus. Before I started seeing clips and hearing the story of Scott’s return to the Alien universe, I wouldn’t have thought it was a good idea but all indications point to Prometheus kicking ass. If it does, I will totally be behind this Blade Runner sequel, especially considering how great Scott’s leads have been in the past.

Perhaps it will be called Blade Runners.