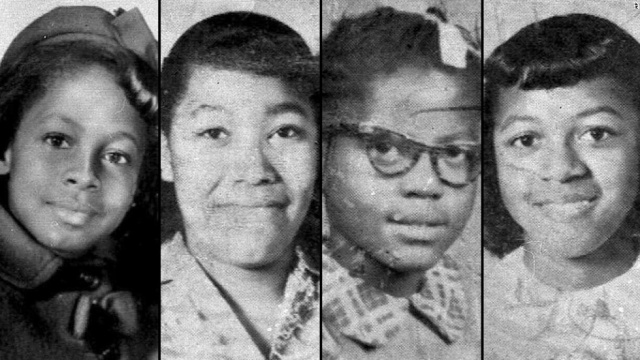 I and the rest of the progressive side of the internet are still in celebration today over Doug Jones’ historic win last night in Alabama. For the first time in my lifetime, there will be a Democrat representing Alabama in the Senate. As the exit polling results came in, it became clear who to thank for this win: black voters. More specifically, black female voters.

White people and white women overwhelmingly voted for Roy Moore and Donald Trump, and there is no way to deny that. Even 45% college-educated white women voted for Moore. It has become clear that Doug Jones’ victory would not have been possible without African-American voters. Symone D. Sanders, a Democratic strategist, told Newsweek. “Black women have been absolutely clear in their support for Democratic policies and Democratic candidates. It’s high time for Democrats … to invest in that effort.”

Selma, Lord, Selma. It’s no coincidence that Selma, where blood was shed in the struggle for voting rights for Black people, pushed #DougJones ahead for good. #Alabama

It’s about time America appreciate the political significance of #BlackWomen, but can someone explain why white women keep voting for sexual predators like Donald Trump and accused child molesters like Roy Moore? Is white supremacy more important than women’s equality? pic.twitter.com/1FbejI0mEh

This is key considering 2016 saw the lowest level of minority turnout. Pew Research Center did some polling after the election and found that “black voter turnout rate declined for the first time in 20 years in a presidential election, falling to 59.6% in 2016 after reaching a record-high 66.6% in 2012” while white voters increased that year.

Earlier there were multiple outlets who were sharing a narrative that black people were uninterested and not energized about Jones or the election. People were already prepared to blame black voters for the loss—despite the fact that Alabama has terrible voter suppression that was created to make it harder to black people to vote in the first place, including some tactics that took place yesterday. Yet, black people stood in long lines, dealt with voter ID bullshit and intimidation tactics to be heard in their state.

In Greene County, a small, 80-percent-black area that Martin Luther King Jr. frequented in his Poor People’s Campaign, turnout reached 78 percent of 2016 turnout, an incredible mark given that special elections and midterms usually fall far short of general-election marks. Perry County, also an important mostly black site of voting-rights battles of old, turned out at 75 percent of 2016 levels. Dallas County, whose seat is the city of Selma, hit the 74 percent mark. And while the exact numbers aren’t in for all of the majority-black or heavily black counties, it appears black voters favored Jones at rates close to or above 90 percent. (via The Atlantic)

#BlackWomen have & always will be the faces of change strong for the weak & the voices for the voiceless!!! Where y’all been at?! We been here! Now stop using us & hire protect elect & support us✊🏽✊🏾✊🏿Doug Jones Election #ThankYouAlabama #AlabamaElection pic.twitter.com/ovcHW9yYYq

One of the things I remember about the 2016 election and primary was all this discussion about why Bernie Sanders didn’t get the black vote. He marched with King and just a whole bunch of talking down to black people about why we weren’t smart enough to vote for Bernie over Hilary. That was a statement that made me extremely frustrated, especially when it came from progressive media outlets that were convinced that if I didn’t vote for Bernie I would be going against Martin Luther King Jr. Lemme just tell you guys, nothing will ever make black people hate you more than when you try to pull out an MLK trump card in an argument with a black person.

I told my husband, “#Blackwomen are trending.” He said, “For what? For saving our country from this Roy Moore a–hole? They should be.”

Doug Jones did something important, he tapped into his black base and realized that was more important than trying to swing white voters who would never vote for a Democrat. Jones did not compromise on key issues on LGBTQ rights, Civil Rights, and health care. He did not try to make himself a candidate for the center, he became a candidate for his base. So black people came out. That simple. Stop trying to win over white female voters who are single-issue voters about abortion. Stop thinking that race and other identity issues don’t play a role in how people vote. It does.

A paragraph from The Root really touched my heart:

Somewhere, above the clouds, four little girls whose souls left their bodies 54 years ago are smiling. Maybe Denise McNair, Addie Mae Collins, Carole Robertson and Cynthia Wesley looked down at what another monster had done to other 14-year-olds and said: “Don’t worry, we got y’all.”

Learning about the Birmingham Church Bombing was one of the first times as a child I realized that people hated me for something I had no control over. That’s why I put those girls on the front of this article, because it was because of their death, their legacy, their blood that this victory was possible. They are the reason Jones won. Doug Jones helped put the men who killed those children in jail and I’m glad he will be in the Senate representing not just his state but progressive, Democratic thinking. Jones earned the black vote and the progressive vote, it’s time for the rest of the Democratic Party to get in formation.

Also, just know that if you guys are gonna be all extra about how amazing black women are on Twitter, it would mean a lot more if you donated to black women running for office and actually…ya know…listened to us more instead of saying we are angry race-baiters all the time. Just saying.