About That Black Widow Post-Credits Scene 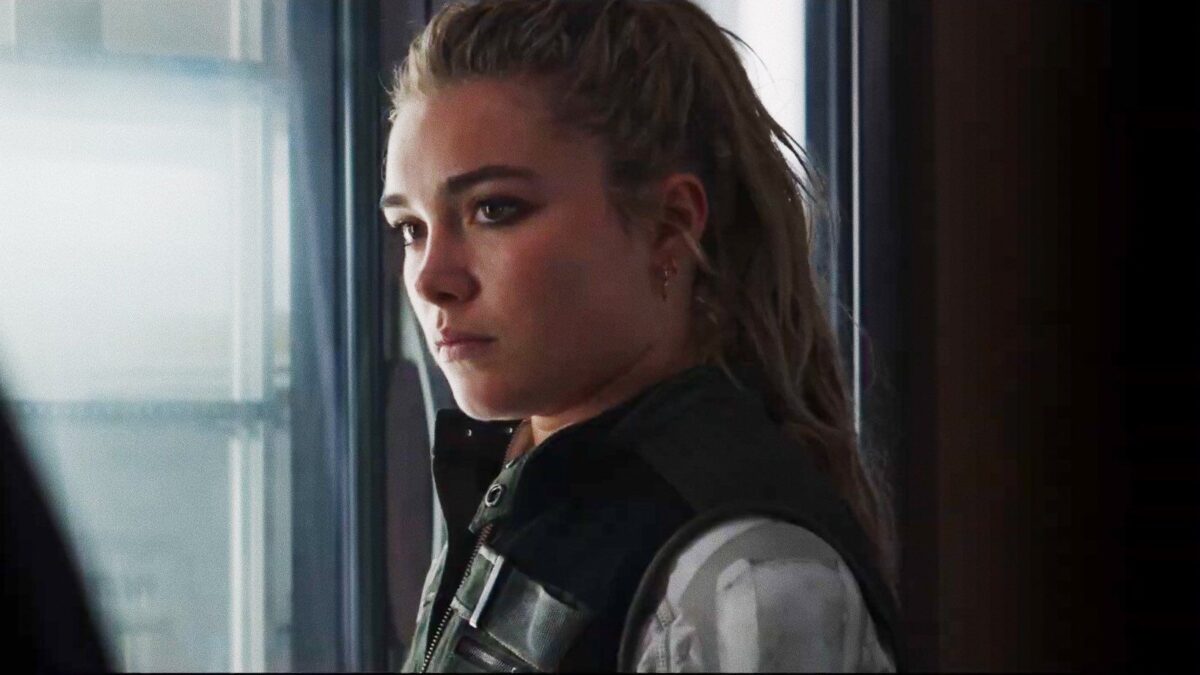 The post-credits scene for Black Widow was a lot in just a few minutes. Unlike some post-credits scenes which tease a glimpse at a new character or plot device, this one sets up a potential future for the Marvel Cinematic Universe. The scene gave us some insight into where we are going, so let’s break down everything we learned.

**Spoilers for Black Widow lie within**

Because Black Widow was meant to come out last year, its post-credit scene includes a character we meet again in The Falcon and the Winter Soldier. This final scene was supposed to introduce Julia Louis-Dreyfus’ La Contessa Valentina Allegra de la Fontaine to the MCU, but she ended up getting her debut in TFATWS. I think this accidental timing actually works well, as now her appearance hits even harder and more profoundly, whereas pre-TFATWS many would have been left scratching their heads. Like, who is this lady?

We don’t know whether or not Yelena Belova (Florence Pugh) was dusted or if she was still around during Avengers: Endgame, but what we do know is that she is now seemingly working for the shadowy Contessa (albeit reluctantly).

Yelena—who when talking with Nat about their inability to have a family said she wanted a dog—shows up at a gravestone for Natasha with a dog in tow. The grave has candles, icons, flowers, and other memorabilia to celebrate the late Black Widow. We later learn that they’re in the midwest, so we assume that Natasha’s grave (which is symbolic, since her body was left on Vormir last we knew) is in Ohio, the state she lived in as a girl with her Russian “family.” It’s unclear who established it there, though it might have been Yelena herself.

It’s a great memorial moment to have for Nat, since she did not get one in Endgame. I like that Yelena was allowed to grieve her sister onscreen and even did their little whistle call to each other to honor her memory. She was taking her time to mourn the loss of Nat, with the presence of her dog showing that she’d had some character growth since the events of Black Widow that let her lead a bit of a normal life. But her time at Nat’s grave was soon cut short.

Into this private moment comes Val. Yelena says that it’s her time off and that Val isn’t supposed to be bothering her. If anything, Yelena seems annoyed to even be speaking to Val and it sets the tone for their dynamic. The last we saw of Val, she was recruiting disgraced former Captain America John Walker in The Falcon and the Winter Soldier, and assembling what we can only assume is her own version of the Thunderbolts or even the Dark Avengers.

The difference between John Walker and Yelena, however, is that John Walker seemed excited to join Val. Yelena? Doesn’t like whatever their relationship is. At all. But what Val brings her is a new job. And that job? Getting the man who Val says is responsible for Natasha’s death. AKA: Clint Barton.

Val shows Yelena a picture of her new target, Clint, saying that he’s cute but that he’s the one who got Nat killed. What’s interesting to me is that Yelena knows about the friendship between Nat and Clint, something that I do not think that Val knows. Natasha spoke of how closely she and Clint worked together in Black Widow. Yelena doesn’t know this yet, but Clint even has a child, Nathaniel, that was named after Nat.

Yelena might be upset that Clint played a role in Natasha’s death, but knowing her sister and how much she cares for others, Natasha’s move to sacrifice herself instead of letting Clint die in Endgame shouldn’t surprise Yelena. If she and Clint can get the chance to really talk about it.

So what does that mean for Clint Barton and the upcoming Disney+ series Hawkeye? Well, he’d better watch his back, that’s for one thing. I think that Yelena heading to Hawkeye to hunt down Clint is a plot we’ll see, but I think she’s going to quickly realize what happened/who she is hunting and what Val is trying to do to the remaining Avengers.

Yelena clearly not liking Val is a big red flag to me. I don’t necessarily think she’s going to try and kill Clint—or, in the grand tradition of Marvel, she’ll switch her allegiances to Team Hawkeye when she realizes they’re on the side of good. Or she could be playing Val from the start.

Will she try and fight him because of everything that happened with Nat? Quite possibly, but I also don’t think Yelena is one to shrug off the importance of that vital friendship to Natasha. She also doesn’t seem one to just trust the information that Val is giving her at face value. We’ll have to see what happens in Hawkeye, but I think before long, Yelena is going to end up working with Clint Barton and Kate Bishop.