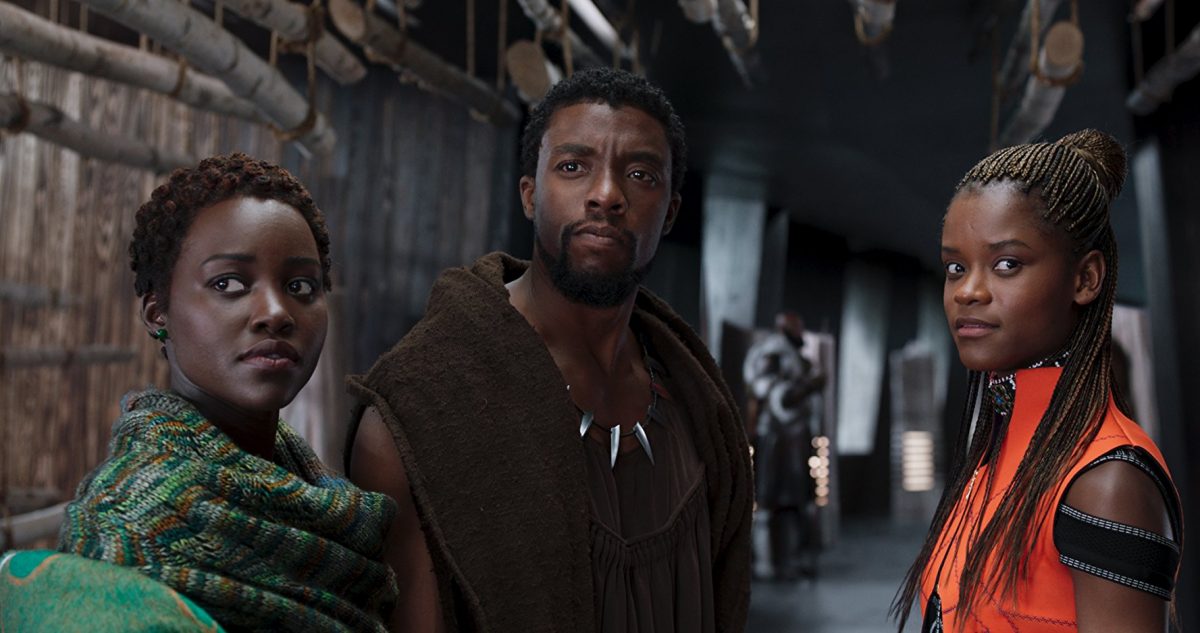 Let’s get the post-credits scene out of the way, first. We know that at the end of Civil War, T’Challa has brought him to Wakanda and was keeping him in cryostasis until his scientists (mostly Shuri) could deprogram his Winter Soldier brainwashing.

At the end of Black Panther, we’re introduced to Bucky waking up in a small hut in Wakanda after being looked in on by three adorable children who peer at him while he sleeps. He wakes up and goes outside, where Shuri approaches to check on him. It is clear that he is a different man, one that no one needs to fear anymore.

According to Geek Tyrant, Ryan Coogler explained that he wasn’t obligated to put in a post-credits scene, but that he and the team really wanted to put this one in:

“And for us it was fun, because I think the audience, if they’re familiar with the MCU, knows that Bucky is in Wakanda. It was kind of a hold-off.

“Our film wasn’t about Bucky, obviously, [so] we didn’t feel like it would be right to deal with him in this context. But we thought it’d be cool for the fans that stayed ‘til the end to check in on this character that they love.”

A part of me wonders if there’s more to it than even that. In the scene the children, as they leave, bid Bucky goodbye calling him “White Wolf.” This is hugely significant in relation to Black Panther in the comics.

“In the comics, the White Wolf is Hunter, T’Challa’s older white foster brother. T’Chaka, T’Challa’s father, adopted Hunter after his parents died in a plane crash in Wakanda. Even though Hunter was always viewed as an outsider and wasn’t accepted by Wakandans, he devoted himself to the country, rose up the ranks, and eventually became the leader of Wakanda’s secret police force, the Hatut Zeraze, earning the name White Wolf.”

So, not only did this post-credit scene allude to Infinity War, but it also alluded to Bucky’s potential presence in future Black Panther films! You know what? I would not mind if he and Martin Freeman’s Everett Ross remained Black Panther‘s token white boys for a good long while. My only regret is that we will no longer have Andy Serkis in the picture to make Freeman one of two Tolkien white guys. 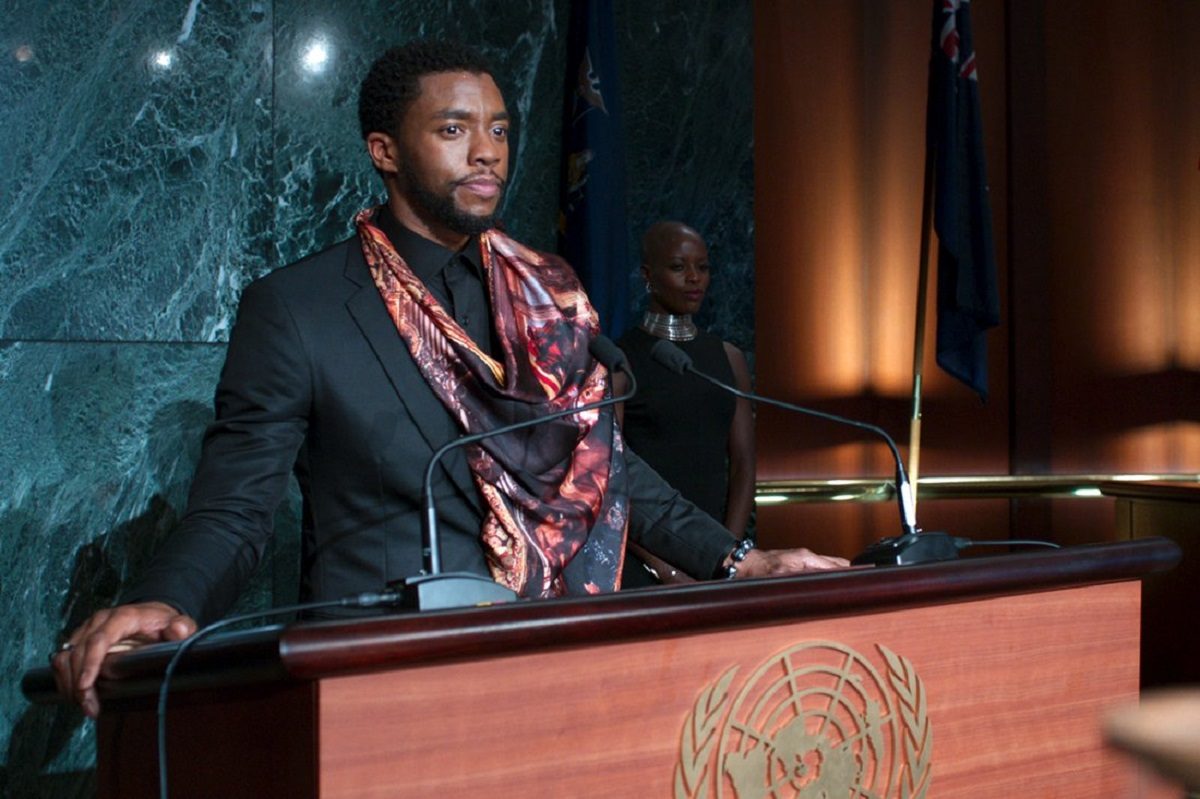 However, it’s the mid-credits scene that really impressed me and made me squee. In it, T’Challa comes to the new United Nations for the first time to declare that Wakanda is now willing to connect with the outside world and share their resources and technology with other nations. One (white) delegate skeptically asks something like, “With all due respect, what would a developing, farming country have to offer the rest of us?”

T’Challa just looks at this man and smiles without saying a word. A smile that says, Oh honey lamb, you have no idea.

In only a few minutes in the credits, this mid-credits scene managed to tell the entire story of Black Panther in a single scene and with a striking image. We see T’Challa looking regal and stately as hell, surrounded by powerful women (because they come from an unquestioningly gender-balanced society), confident in Wakanda’s worth to the world. In a snapshot, we could see feel all the feelings evoked when you watched the preceding film: that the world needs Wakanda to be a leader, and how thrilling it is to finally have that happen.

When this particular delegate asked the question, I was internally (okay, maybe not so internally) screaming, Do you really think that this KING would just show up at the UN to make a big announcement that they’re gonna be sharing grains and goats?! Are you on drugs?!

In addition to capturing the entire mission statement of the film in one scene, it also gives us a glimpse into the future of Black Panther post-Infinity War. Wakanda finally not being so isolationist will no-doubt lead to all sorts of new problems to work through, and just because Wakanda is willing to share, doesn’t mean that other countries won’t try to take.

Then again, I agree with Nakia, who spoke what I think is the truest sentiment in the whole film: Wakanda is strong enough to help others and protect itself at the same time.