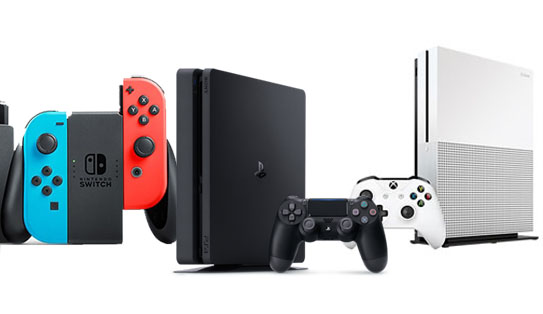 It’s Black Friday, but it’s also the 21st century, and Hell is other people. Rejoice! There are plenty of great holiday deals on video games that you can score right from the comfort of your home. Whether you’re shopping for gifts or just want to get some great prices on games to occupy all your extra holiday free time, you’ve come to the right place.

The Nintendo eShop has a bunch of Switch, Wii U, and 3DS titles at reduced prices, including first party, third party, and indie titles. The Switch lineup is predictably the most limited, with the new system’s major games (Mario Odyssey, Zelda: Breath of the Wild, and others) understandably sitting out any sales.

Here’s what you can get at a reduced price for Nintendo’s console/handheld hybrid system:

The 3DS offerings are much more expansive, so here are a few highlights:

Acclaimed original RPG Bravely Default is $27.99
You can take Shovel Knight: Treasure Trove on the go for $19.99 (also on Wii U)
Classic StarFox 64 3D is half price at $19.99
Phoenix Wright: Ace Attorney Spirit of Justice and Dual Destinies are $14.99 and $9.99
Doctor Mario: Miracle Cure is only $4.49
Dragon Ball Fusions is half off at $14.99
And a handful of already cheap retro Zelda and Castlevania games are even further reduced

And finally, highlights for the Wii U owners out there:

Axiom Verge is half off at $9.99
Shovel Knight as listed above for the 3DS
Guacamelee! Super Turbo Championship Edition half off at $7.49
And the original Castlevania half off at $2.49

3DS owners are the big winners there, but there are a few more options (including some LEGO titles) in Nintendo’s full listing.

Unlike Nintendo, there are some Sony hardware deals for you to pick up, including reduced prices for both the new PS4 Pro ($100 off at $349) and the standard PS4 ($100 off at $199). GameStop has these the PS4 Pro deal online now, but it’s worth noting that Amazon’s PS4 Pro Cyber Monday deal will include the PS4 Pro Destiny 2 bundle at the same price of $349, and GameStop’s standard PS4 deal appears to be only in stores (though it’s supposed to include a $50 GameStop gift card).

Then, there are the game discounts:

Best Buy has a few titles with pretty decent discounts, including Assassin’s Creed Origins and South Park: The Fractured but Whole, and Amazon has some game sales of their own coming up, but the PlayStation Store’s massive list of sales generally includes the same titles, though some of them offer smaller discounts. Here’s a rundown of some of the best, but the full list is worth searching:

You should also be able to grab Persona 5 from Amazon for $29.99 (half price) on Monday.

Like Sony and the PS4, there are deals to be found on Xbox One hardware—though not the new Xbox One X. Through their own store, they’ve got the Xbox One S for $189 with a 1-month Game Pass trial, or $229 with various game bundles. They’ve also got solid controller and accessory discounts, and a ton of game sales to choose from (including a Best Buy selection very similar to the PS4’s):

The Xbox One and PS4 game selections are mostly the same across multiple retailers, but the prices fluctuate a bit if you want to look around. (Amazon will have more on Monday.) Happy couch-based shopping!