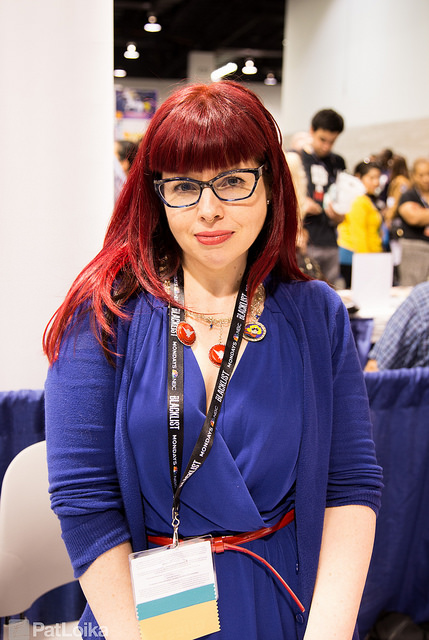 It’s awesome when storytellers you love bring their gifts to other mediums! Kelly Sue DeConnick of Bitch Planet and Pretty Deadly fame is bringing her skills to television!

DeConnick, along with Emerald City Executive Producer Shaun Cassidy, will be collaborating on a new show for NBC called Redliners, which has been given a pilot order.

Redliners is based on a series of short stories written by Charlaine Harris, writer of the True Blood series of books that became a hit TV series for HBO. According to Deadline Hollywood, “In the tone of Mr. and Mrs. Smith, Redliners mixes humor, romance and espionage. It follows a pair of former operatives who get reactivated and drawn into a larger conspiracy while attempting to maintain their undercover lives.”

I have yet to watch Emerald City, but I already know I love DeConnick’s work in comics, so I’m excited to see what she’ll bring to television. What do you think? Do you think you’ll be watching Redliners if it goes to series?