And just like that, Congress cares about global warming. 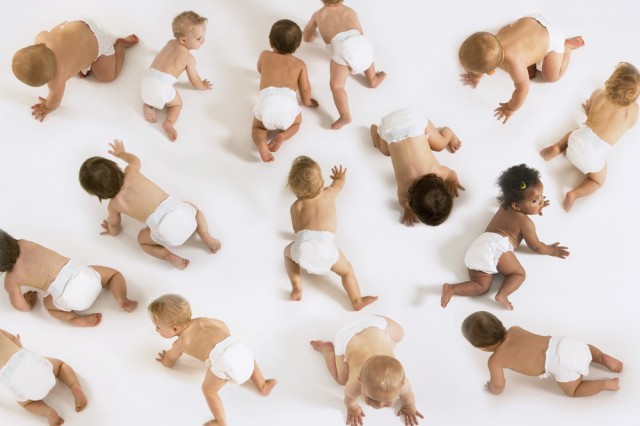 Since the ’70s, Japan has seen a surprising fluctuation in the gender ratio of babies born in the country; specifically, there’s been an increase in deaths of male fetuses in relation to deaths of female fetuses, which leads to more female babies being born. Surely that can’t have anything to do with the way the temperature has been shifting in Japan over the past 40 years. What’s that you say? It might? Well, uh oh.

That’s what Doctor Misao Fukuda from the M&K Health Institute in Ako, Japan says, anyway. After lining up monthly temperature data from the Japan Meteorological agency and fetal death data from the Vital Statistics of Japan database, Fukuda and a team of researchers believe that there is an association (though not causation that they can successfully pin down, of course) between extreme weather fluctuations and a decrease in male babies.

They note in their findings, which were published this month in Fertility and Sterility journal, that two very intense seasonal shifts caught their attention in particular; a very hot summer in 2010 and a very cold winter in 2011, both of which correlate to an increase in fetal deaths and an eventual decrease in male babies being born. This contrasts with previous studies from Finland and New Zealand on the same subject, but it’s worth pointing out that unlike these other two countries, Japan undergoes a much more extreme shift from summer to winter, and has also recently experienced a much higher shift in average yearly temperatures from year to year

For the record, as much as the trolls in our comments section would like to believe that we want all men to stop existing, we’re gonna go ahead and say that this is probably not a good thing for the future of the human race overall—you know, in addition to all the other not-good things that global warming is expected to alter. Maybe it’s time for all those dudes in charge of most world governments and billion-dollar energy companies to, I don’t know, start paying a little more attention now? You know, put those self-smug gender biases to good use or something?

(via LiveScience, image via Shutterstock and bikeriderlondon)