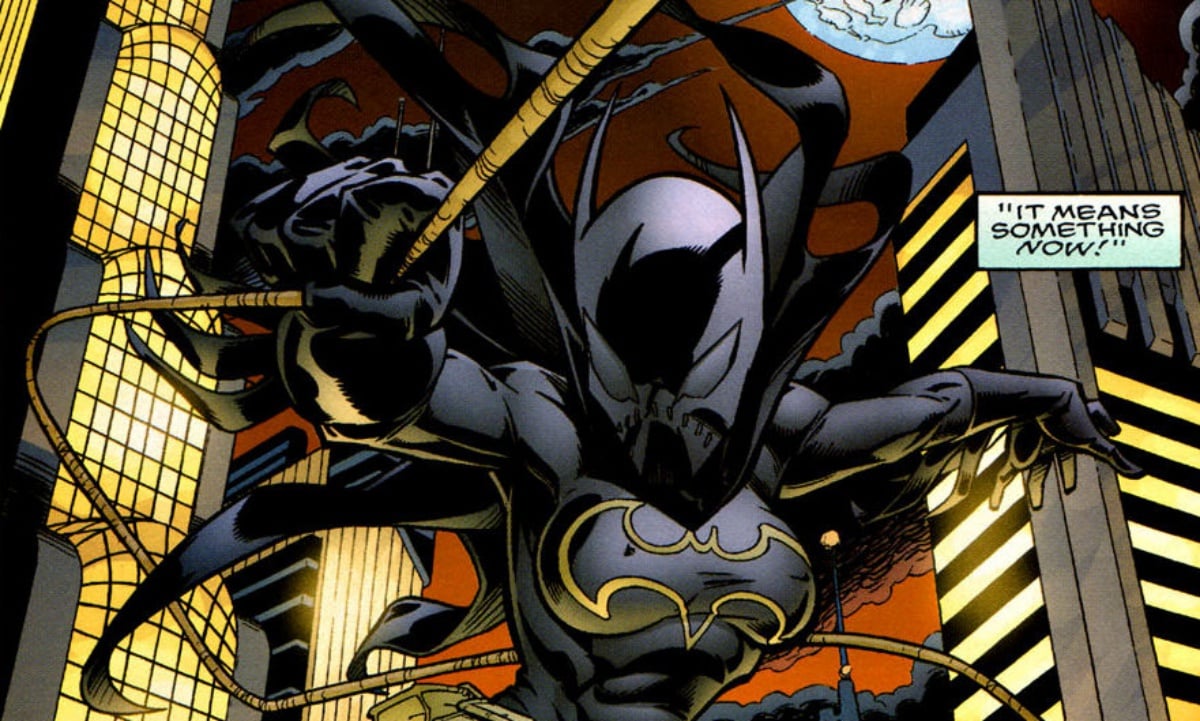 Speaking with Deadline, director Cathy Yan, who is helming the upcoming Birds of Prey film, confirmed that the second incarnation of Batgirl, Cassandra Cain, will be in the movie and that it will be rated R. It was also announced yesterday that actor Ewan McGregor will play the film’s Black Mask.

This movie is already going to have an amazing cast, with Margot Robbie as Harley Quinn, Mary Elizabeth Winstead as Huntress, Jurnee Smollett-Bell as Black Canary, and my favorite bit of casting: Rosie Perez as Renee Montoya. Actor Ewan McGregor is a fan favorite for many, and I’m sure he’ll simultaneously add a lot of fun camp and malevolent energy. It’ll also be interesting to see him acting opposite his current partner, Mary Elizabeth Winstead, and Black Mask is a well-known Batman villain for DC fans from is appearances in animation and the Arkham video game series.

In the comics, Black Mask is Roman Sionis, the son of wealthy Gotham City socialites who don’t care about people and are very self-absorbed. Basically, they are the anti-Waynes, and Sionis is the mirror of how Bruce could have ended up if he’d been raised by terrible people. He also killed his own parents by burning down the family manor and inheriting everything.

After being embarrassed by Bruce Wayne, he attempts to break into the crypt where his parents were kept and is struck by a bolt of lightning (not Shazam-related). He takes this as a sign of his … rebirth for some reason, and turns his father’s ebony casket into the first Black Mask he wears as he goes from rich kid to crime lord.

Rated-R Film With a Female Director

In discussing how she beat out the other directors up for the Birds of Prey film, Yan told the U.S.-China Entertainment Summit that she “did [her] homework” and that she couldn’t put the script down once she started reading, and enjoyed the dark humor and themes of female empowerment in it. The script was written by Christina Hodson, a half-Taiwanese writer who wrote the upcoming Bumblebee movie.

“So I went in with, not with confidence, but at least a sense that I belonged in the room, that somehow magically in terms of timing and luck that this opportunity was open to me and I was definitely going to make the best of it.” Instead of a traditional sizzle reel, Yan said that she instead “created my own version that thematically and tonally conveyed what you would feel (in my movie).”

With the knowledge that this is an R-rated vision, I’m interested to see how the violence and fighting will lend to the story. As a sometimes-Sucker Punch-apologist, one of the things I felt that movie needed was a more grounded female gaze. We really don’t get that many female-directed, R-rated action movies about other women, so I’m interested in seeing how the intersection of female empowerment is portrayed in how the film allows them to be brutal fighters just as much as male heroes—especially since this movie features several of DC’s best female fighters. 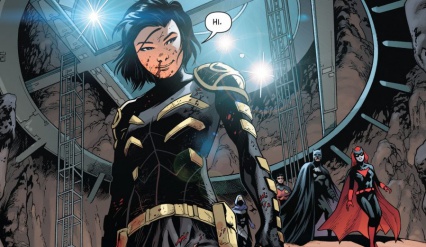 As of right now, if you go to IMDB, the synopsis of Birds of Prey reads as follows: “After splitting up with The Joker, Harley Quinn and three other female superheroes – Black Canary, Huntress, and Renee Montoya – come together to save the life of a little girl (Cassandra Cain) from an evil crime lord.”

What it means to have Cassandra Cain in this movie, and as a little girl, is of great interest to me as a fan of the character. In the comics, Cain was the daughter of Lady Shiva and a man named David Cain, who wanted to find a perfect bodyguard for Ra’s al Ghul and ended up having a child with Shiva to create Cassandra.

She was raised to communicate only through body language and be an assassin, and at the age of eight, she was sent to kill a man. The incident made her run away from her father, later receiving training from her mother. Cassandra would eventually find her way to Gotham City and became Batgirl.

As of right now, there is no announcement of who will be playing Cain or exactly how old she will be, so I’m wondering if there will be some bait and switch with how much saving the ladies will have to do.

Cassandra is a very beloved and complex character; she’s neuroatypical and lived most of her life nonverbal. Her experiences and character are deeply connected to that backstory, so I hope they don’t erase it or pull some of the really ableist writing the comics did to make the character “easier” to write.

As the first Asian American and woman of color to take on the mantle of the Batgirl, and one of DC Comics’ greatest martial artists, she deserves to get her due. Especially when Jubilee is still getting disrespected by the X-Men franchise, this is an opportunity to highlight an Asian female character in a comic book movie that isn’t just a cameo and isn’t an alien.

When asked if there would be any “Eastern elements” in the Birds of Prey, Yan replied, “Yes and no. The tone of the film is similar to that in my films. There is a half-Asian character and our screenwriter is half Chinese and she’s sneaking little bits in.”

I’m looking forward to those bits and seeing what this female-led, R-rated comic book movie looks like from DC. I’m rooting for you, Warner Bros.