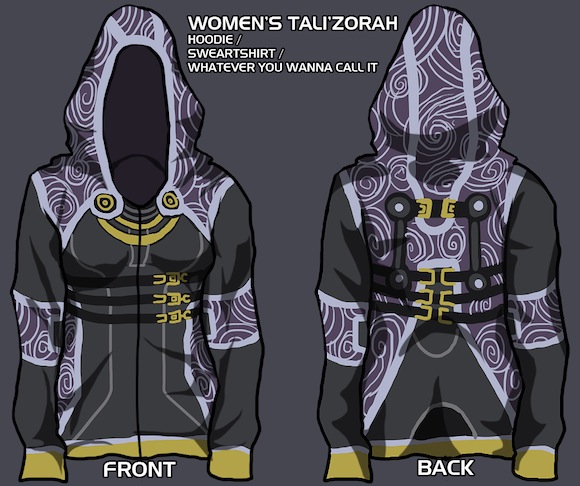 I remember walking around PAX East this year, constantly noticing people in these really slick looking N7 hoodies with the characteristic red strip down the sleeve, and wondering where they heck they got them. Some internet searches afterwards revealed that they were official Bioware duds (undoubtedly being sold at the Bioware room), and available online. Or at least they would be if they hadn’t sold out. And for the prices Bioware was asking, I was inclined to be picky and wait for the black version to come back into stock. But Christine Schotty‘s designs, and their ability to make me look like a Quarian admiral or an Asari Justicar, might just blast their way through my barrier.

Schotty started drafting up the designs on DeviantArt, covering a wide swath of Mass Effect characters, from squadmates like Tali’Zorah above, to secondary characters like Kal’Reeger, 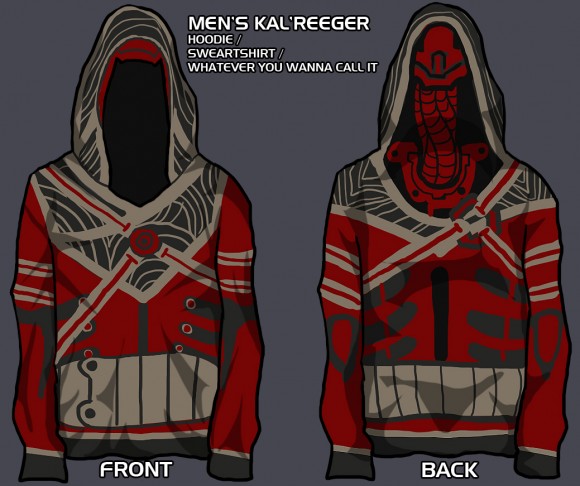 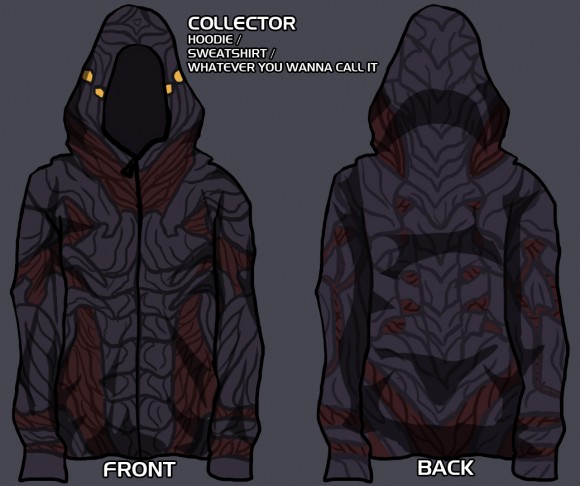 Response to the designs was so positive that Schotty put them all together when she was done and sent them to Bioware, just to see what they thought. Turns out, they liked them quite a bit. From her gallery:

I had a talk on the phone yesterday with a couple of people who are part of the team that make official mass effect apparel. they were really nice people, and I was a nervous wreck. XD it was agreed their designers will be taking on the hoodie project!

chances are my hoodies are nowhere near the final product, afterall I’m no true designer and haven’t got the slightest idea what looks good on clothing and what doesnt. I just conceptualized the idea. they will be redesigning the hoodies, and will sell a few as a trial run, and if it goes well more hoodies will be added I’m sure.

thus, the project so far I consider a success. in the end, it was all about making fun character hoodies that made me feel like my favorite mass effect character and all their memories were with me.

Here’s the full lineup of hoodies: 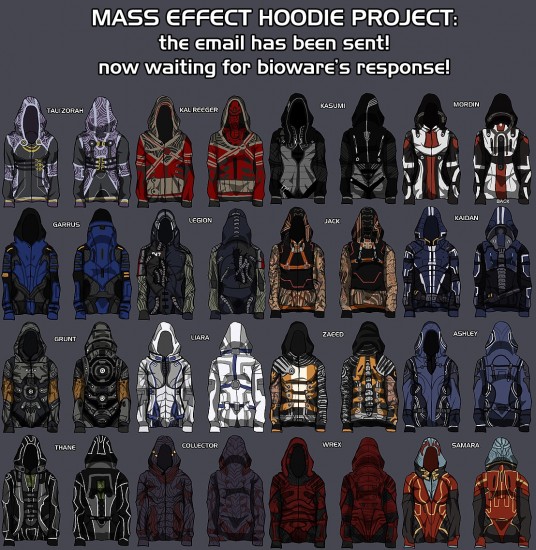 You can click to embiggen, or go to her gallery to see them bigger individually.

Man. Now I don’t know whether I want the Tali one, or the Samara one.