Bing It On Again: People Chose Bing Results Nearly 2 to 1 Over Google 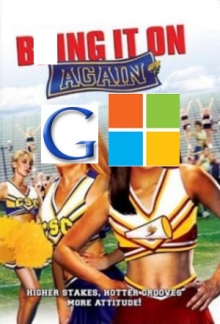 Statistics are always somewhat questionable. The data gathered always depends on the size of the sample, what kind of conditions it was collected under, and all that. Bias is notoriously difficult to remove. That’s why it’s not surprising to find out that Microsoft’s “Bing It On” challenge has now churned up the conclusion that users prefer Bing’s search results at a ratio of “nearly” 2 to 1 compared to Google’s. It’s more complicated than that, though.

The Next Web explains:

Now, certainly the sample of folks who took the test are not representative of the larger Internet population, and likely contain a decent slug of Microsoft fans. Even with that in mind, winning two to one is a real accomplishment for Microsoft’s search team.

Bing, however, doesn’t expect the test to drive much change in use patterns in the short-term, however: “Of course, the ‘Google habit’ is strong in many people and habits don’t change overnight.”

It’s also telling that the fine print indicates a mere 4,706 surveys were completed. That’s far from being a representative slice of the greater population of the Internet. It did allow for us to create the horrible image above, though, so there’s that at least.

(Bing via The Next Web)