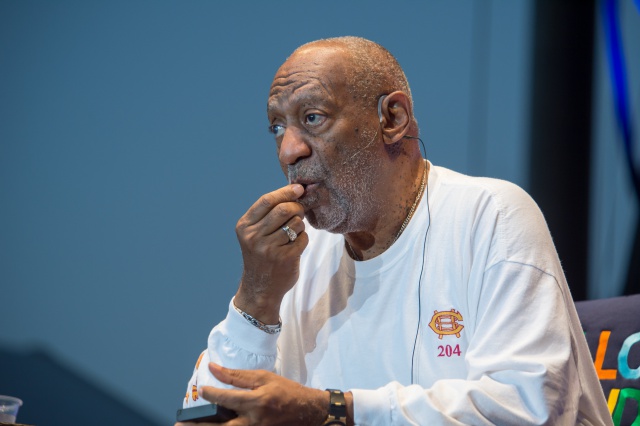 On Thursday, David L. Cohen, Chair of the Board of Trustees for the University of Pennsylvania and President Amy Gutmann announced that the university would be removing Steve Wynn’s name from campus and revoking Bill Cosby’s honorary degree. Two for the price of one.

Steve Wynn, for those who may have forgotten, was an RNC finance chairman under Trump who resigned after allegations of decades-long sexual abuse against him emerged.

This is a really good step in the right direction for UPenn, and I hope Temple will also follow suit in continuing to distance themselves from Cosby.

I realize that for some black people, seeing Bill Cosby’s legacy crumble may seem like a heartbreaking moment for them. There is no denying that Cosby’s legacy as an entertainer and the importance of The Cosby Show and I Spy and Kids Say the Darndest Things will no doubt live on in spite of him, but we also need to learn to stop treating him like he was a saint.

Bill Cosby broke ground as an entertainer, but he also promoted a classist idea of blackness that was filled with respectability politics and classic moments like telling black kids they need to “pick their pants up.” The reality is that while so many people want to stand behind Bill Cosby and treat him like a black civil rights icon, we also ignore that during the actual civil rights movement he pulled an O.J.  I.E. He didn’t do a damn thing.

Part of the reason he was so successful was that he didn’t take a break to march or protest with other black leaders. The same year Martin Luther King Jr. was assassinated he was in Playboy and working on the documentary “Black History: Lost, Stolen, or Strayed” addressing the representation of blacks in popular culture. He was building his career, which enabled him to eventually win that Emmy and become the groundbreaker he was.  Yet he was also quick to cast stones at young people for dishonoring civil rights activists.

“These people marched and were hit in the face with rocks to get an education, and now we have these knuckleheads running around,” he said of what he perceived as young people disrespecting the legacy of civil rights activists. “I can’t even talk the way these people talk: ‘Why you ain’t,’ ‘Where you is’ … and I blamed the kid until I heard the mother talk. And then I heard the father talk. … Everybody knows it’s important to speak English except these knuckleheads. You can’t be a doctor with that kind of crap coming out of your mouth.”

None of this tackles the socioeconomic issues surrounding why black schools are like this and yet Cosby never backed down from his statements.
Now you may say, “Dr. Bill Cosby has done more for black people than you!” Well, as he is an 80-year-old man and I am 25, I would hope so. People think that by pointing out his flaws and his crimes it must, therefore, take away the good he has done. The good remains, but it can not be used as a way to turn him into a hero. He was not a hero. Trailblazer, yes.
Sometimes I feel like we hold on to Bill Cosby because without him that is one great black male hero gone, well the truth is that we have plenty, hundreds upon hundreds throughout the history of this Earth to pull from that we do not need to empower the one who was accused of raping over 60 women. Black people deserve better than that.
(via Jezebel, image:Randy Miramontez / Shutterstock.com )