Crying is afoot at the Circle K. 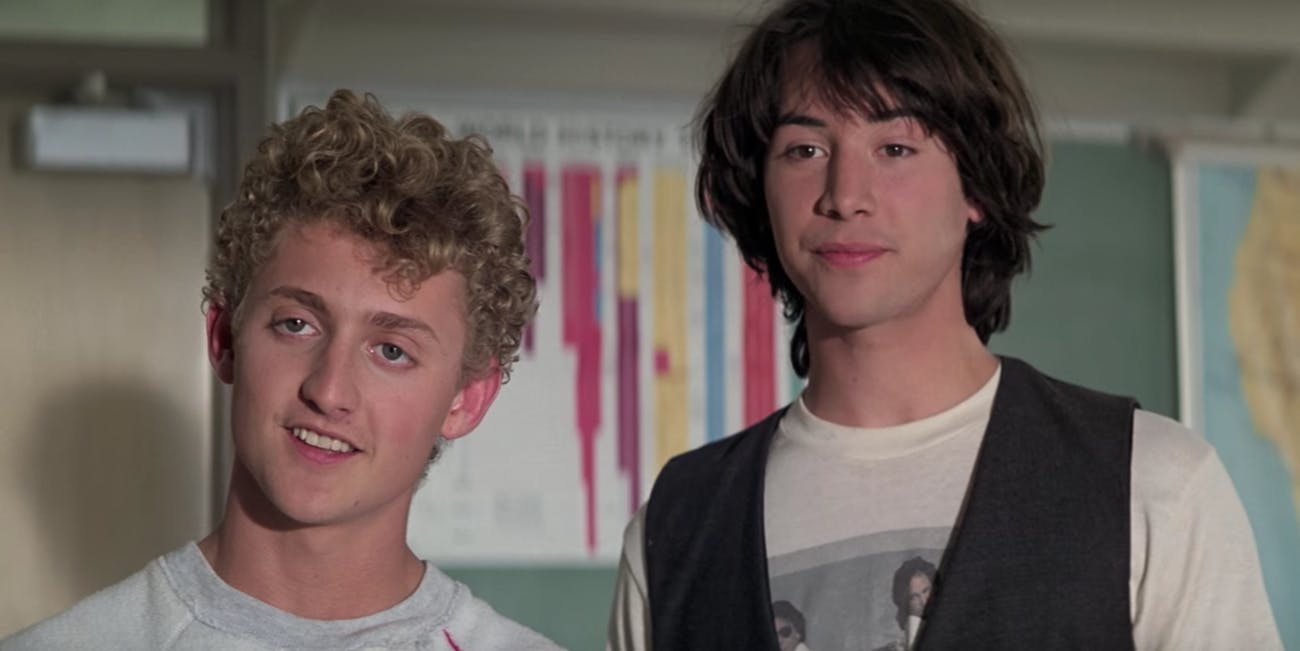 I’ve often found that, right now, I cry a lot easier, and that’s saying something—I already normally cry over everything. So maybe I would have cried over the Bill & Ted Face the Music trailer regardless, but seeing Bill S. Preston Esquire (Alex Winter) and Ted “Theodore” Logan (Keanu Reeves) take to San Dimas yet again this morning, I couldn’t help but get emotional.

The trailer, which is a little over a minute long, perfectly sets up the time-traveling adventure that awaits Bill and Ted. They have to finally write the song that will unite the world, but they don’t know where to start, so they decide to go to the future to steal it from themselves (a very Bill and Ted move, if you will). And so we get to prepare ourselves emotionally to watch as the search for the song to help the world continues on.

Sometimes you have to put your faith in a loud guitar and remember that God gave rock ‘n’ roll to you.

DUDES watch the new trailer for BILL & TED FACE THE MUSIC with @winter and Keanu Reeves and be excellent to each other! #BillandTedFaceTheMusic #BillAndTed3 #BillAndTedDay pic.twitter.com/QezwFbfAtQ

It’s strange because the trailer isn’t that long and gives us little information about the movie, but still strikes an emotional chord with me—probably because the world right now is so overwhelming, but seeing Bill and Ted rock on with Death again? EPIC.

At its core, Bill & Ted has always been about the power that music has to unite people, in whatever roundabout way you want to look at it. Ted cannot go away to military school because he is destined to become a rock duo with Bill and play music that brings the world together.

Maybe I’m just emotionally connected to Bill S. Preston Esquire and Ted “Theodore” Logan because I grew up loving the first two movies, but there’s something so calming about this short trailer that I finally feel like there is, oddly, some bit of hope in me again. Look, I’ll say it: The world is extremely dark right now, and every step forward is met with about twelve steps back into the dark ages, so seeing Keanu Reeves and Alex Winter back on screen talking about being excellent to each other? It just is kind of what I (and the world) need right now.

So yeah, this teaser trailer is just a taste of the excellence that we’re going to get from Bill & Ted Face the Music, but it is also a reminder to be excellent to each other. The world is a scary place right now, and there is a rise in hatred, but remembering to embrace each other and be kind is important, and I’ll gladly listen to the soothing tones of Bill and Ted to do so.