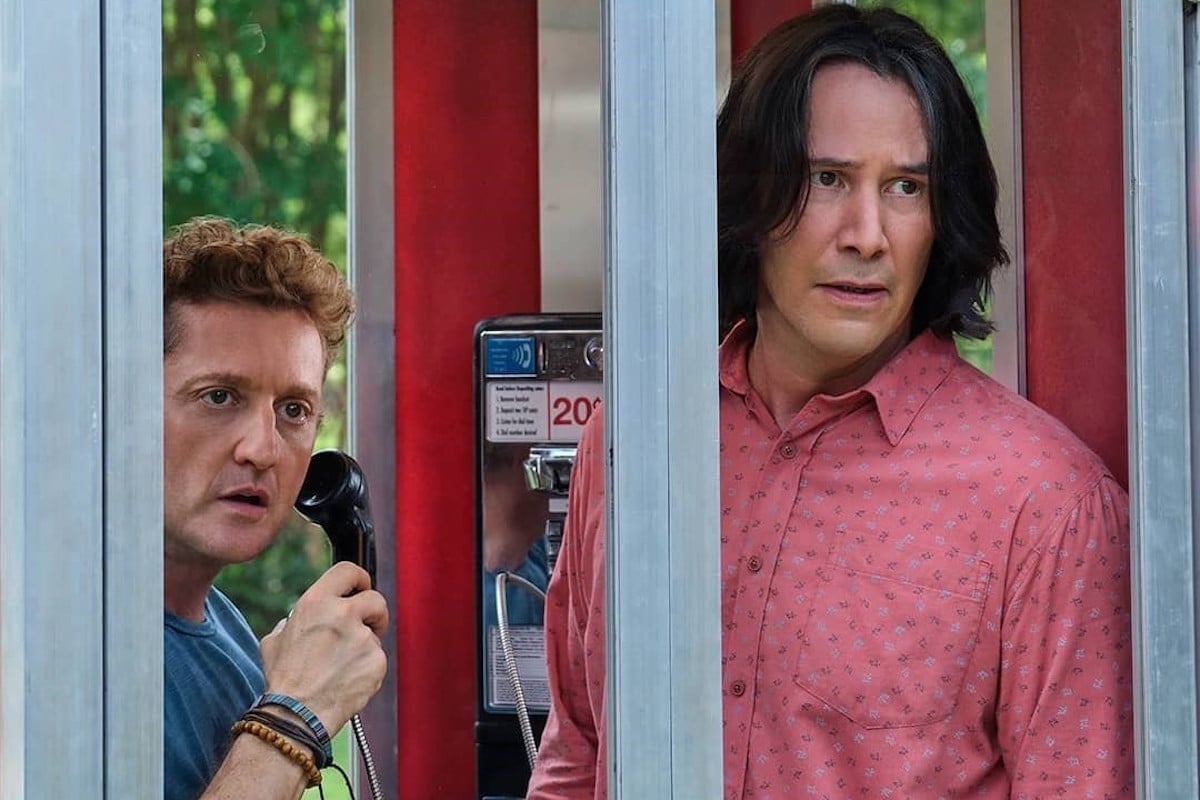 Whoa, some strange things are afoot. We’re stoked to be hosting the first teaser trailer for Bill & Ted 3, Bill & Ted Face the Music, on our social channels right now for Bill and Ted Day! It’s also here for your viewing pleasure.

DUDES watch the new trailer for BILL & TED FACE THE MUSIC with @winter and Keanu Reeves and be excellent to each other! #BillandTedFaceTheMusic #BillAndTed3 #BillAndTedDay pic.twitter.com/QezwFbfAtQ

The joyful musical stylings of Bill S. Preston Esquire and Ted “Theodore” Logan are a delight to see back in action. The last we saw of the rock duo, they’d time-traveled to become guitar gods and came back with the princesses and their daughters named, respectively, Bill and Ted.

Now, the song that is made to unite us all still has yet to be written, so Bill and Ted must take to their time-traveling phone booth once more (this time without the help of Rufus) to try and steal the song that will unite everyone from their future selves. What could possibly go wrong?

Bill & Ted Face the Music looks like it’s going to be a return to the wonderfully fun world that the first two films created. We could all use some nostalgia, warmth, and hilarity right now. And, as Bill reminds us all, we must all be excellent to each other.

Here’s a look at what’s officially in store for Bill and Ted:

The stakes are higher than ever for the time-traveling exploits of William “Bill” S. Preston Esq. and Theodore “Ted” Logan. Yet to fulfill their rock and roll destiny, the now middle-aged best friends set out on a new adventure when a visitor from the future warns them that only their song can save life as we know it. Along the way, they will be helped by their daughters, a new batch of historical figures, and a few music legends – to seek the song that will set their world right and bring harmony in the universe.