No, No One Ever Said Bill and Ted Had Sons. You Just Assumed. 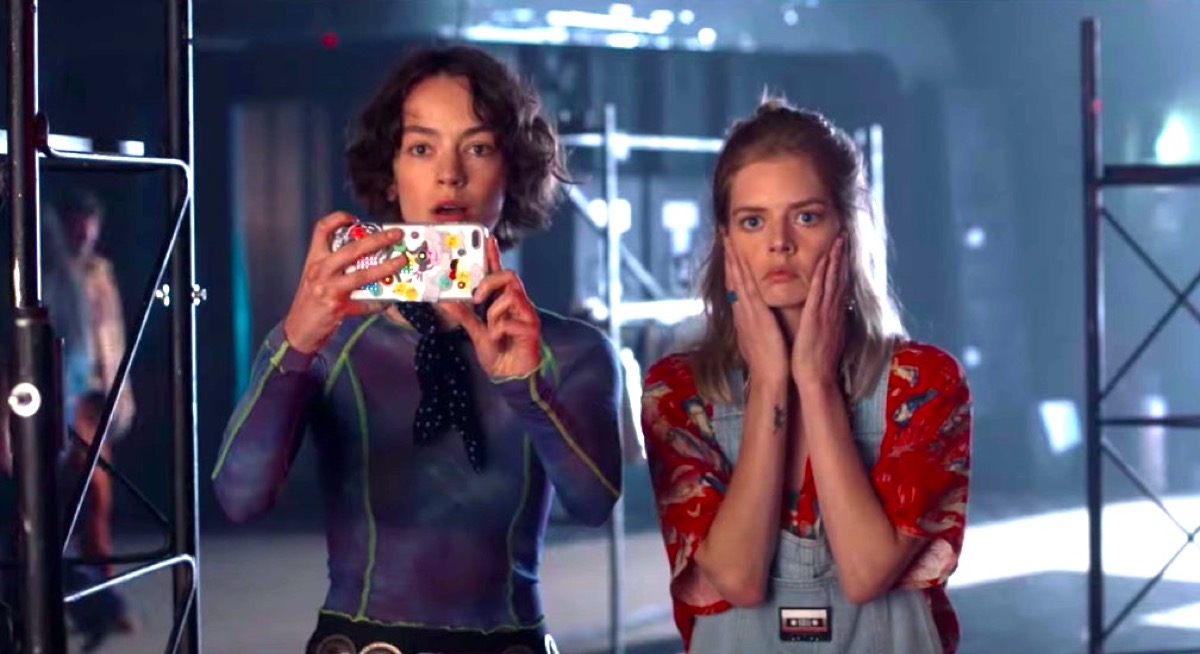 There was a lot of “discussion” around Bill and Ted’s kids, Ted and Bill, in Bill & Ted Face the Music. I put “discussion” in quotation marks because it was a man trying to complain that the new movie is just using them to be “woke” as if Bill & Ted hasn’t always had female characters in it. But that’s beside the point. Let’s go back to their children.

In Bill & Ted’s Bogus Journey, Bill S. Preston Esquire and Ted “Theodore” Logan die. It’s a sad truth, but they must fight for their right to life (and party on) and come back to take on the evil robots Bill and Ted—and end up having kids with the princesses. Those two kids are named Bill and Ted, and that’s all we know about them.

Brigette Lundy-Paine and Samara Weaving are heading to Bill & Ted Face the Music as Billie Logan and Thea Preston. So … Bill and Ted. From the set pictures and beyond, the casting of both Lundy-Paine and Weaving is incredible because they look like they could be the children of Keanu Reeves and Alex Winter.

I would like to point out that Lundy-Paine identifies as non-binary, but this first trailer doesn’t get that deep into details.

Here’s where I’m mad: I had people telling me that the stars of the franchise had sons at the end of Bogus Journey. It got to the point where I started to question my knowledge of this movie. Then, I just rewatched it, and lo and behold, they never say the gender of their children. So, in reality, everyone just ASSUMED they were boys because their names are Bill and Ted. They turn around, point out that their children are named Bill and Ted, and move on to rock out to the world and share “God Gave Rock ‘n’ Roll to You” by Kiss with us all.

Bill and Ted, in case you didn’t know, are unisex names. So basically, the idea that Face the Music is just trying to be “woke” because of its casting choices shows that those who are mad all just assumed they were boys because Bill and Ted are men. Joke’s on you! They’re two badasses who I can’t wait to meet because, let’s be real, they seem like they’re going to be super smart and cool from the pictures I’ve seen.

On another front, I guess they released a new still from Bill and Ted Face the Music today :) pic.twitter.com/224zelWcGK

I’m excited to see the roles they play in this movie. The princesses played a somewhat bigger part in Bogus Journey, but the story is about Bill and Ted and their journey to bring peace through music.