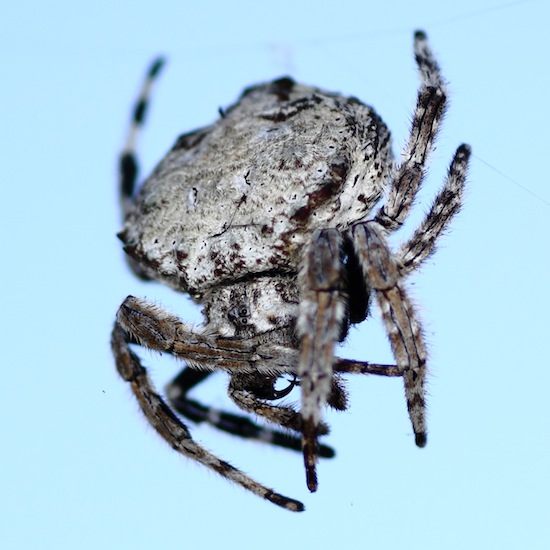 While it may not be the biggest spider in the forests of Madagascar, the Darwin’s bark spider — so named as it was described 150 years after the publication of The Origins of Species — has a pretty big claim to fame. According to researchers, the 18mm spiders not only have the toughest thread, but use it to spin webs some 75 feet wide. This quite easily makes them the creators of the largest spider webs in the world. The process by which the tiny weavers go about their work is surprisingly straightforward.

The spider finds itself a river, and then a branch or a bush on the river’s bank. From there, it lets out a line of thread that is blown in the wind — hopefully across the river. Once it lands an anchor on the opposite bank, the spider reinforces this lengthy line of thread and begins spinning an orb web over the river itself. Though scientists have now cracked how the webs are built, they still aren’t sure why the webs are built. During their observations, scientists wondered if perhaps the massive webs were for the catching of massive prey. But when nothing larger than a beetle or dragonfly materialized in the web, they decided to employ some experimental biology and simply threw larger prey at the web to see what would happen. Despite their highly scientific chucking, frogs and larger insects escaped the web unscathed.

The current theory is that Darwin’s bark spider goes for quantity over quality. The huge web could be netting the arachnid a plentiful and possibly continuous supply of food. Moreover, when mayflies emerge from the river in droves, it’s possible that the over-water location is ideal for catching the newly emerging insects.

While scientists are still unraveling (ha) the web of mystery (ha ha) surrounding this ambitious orb-weaver, those of us who live far from Madagascar are grateful we’ll never get meters of spider web in our face and can rest much, much easier.

(via New Scientist, images via Wikipedia)