Stephen Hawking Understands Everything but Women 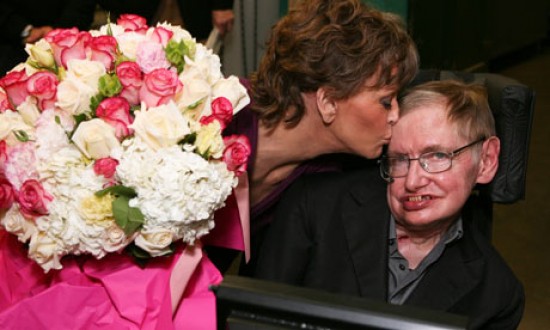 In an interview with New Scientist, Stephen Hawking was asked what he thought about most during the day. In a classic, age-old form, he replied, “Women. They are a complete mystery to me.” Possibly even more amusing, he wasn’t making the fairly standard joke — he was serious. A man who literally wrote the book on something as complex as Time doesn’t understand women.

The interview was in preparation for Hawking’s upcoming 70th birthday, for which the Centre for Theoretical Cosmology, University of Cambridge, is holding a symposium dubbed “The State of the Universe,” on January 8. Among being mystified by women, but not mystified by things we actually don’t understand, like black holes and time, Hawking answered a few more questions, almost equally as entertaining as the aforementioned one.

When asked, “If you were a young physicist just starting out today, what would you study?” he replied, “I would have a new idea that would open up a new field.” Get it? Because he’s baller and that’s what happened. Of course, he also answered seriously to a few questions as well, saying that he feels the discovery of supersymmetric partners would be the biggest would do the most to revolutionize how we understand the universe, which happens to be something the CERN laboratory is searching for with the Large Hadron Collider. When asked what he felt his biggest blunder was, he replied that thinking that information was destroyed in black holes was his biggest blunder — at least his biggest scientific blunder — and was proved wrong back in 1997.

So, yes, one of the most brilliant minds alive today understands time and space and black holes leaking information back into the universe, but not women. Although this picture says otherwise: 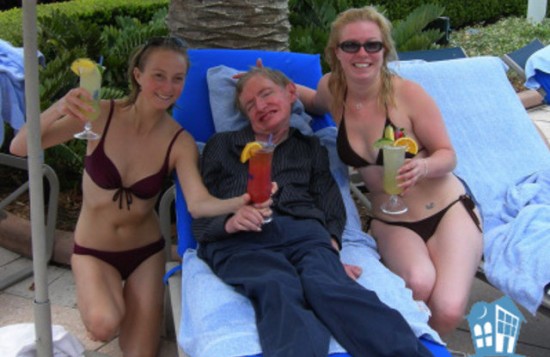