No and also why? 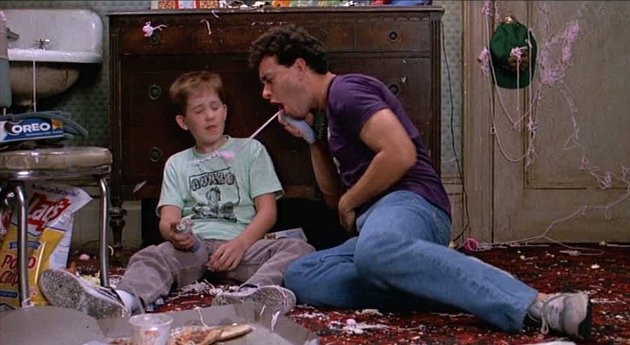 Listen, we know we have been back and forth on this whole reboot and remake thing. Sometimes we’re willing to give them a shot if they do something interesting that the original doesn’t. Other times, we know better. This is one of those other times.

According to The Hollywood Reporter, Kevin Biegel and Mike Royce, the team behind the short-lived but critically-acclaimed Enlisted series, have been recruited by Fox to recreate the beloved 1989 movie into a half-hour comedy. You know, because I guess they were jealous of all the money About a Boy is raking in for NBC.

Luckily Biegel and Royce have some pretty decent credentials under their belt—Biegel co-produced Cougar Town, Royce helped to produce Everybody Loves Raymond, and Enlisted was pretty well-acclaimed before it was unceremoniously cancelled by Fox. Unluckily, Tom Hanks will probably not reprise his role as the star, so what’s even the point?

This isn’t the only movie-turned-TV-show that the network is currently working on: remember, they’re also doing the female-led Minority Report show as well. I suspect that one of these will be good, and the other will be popular, and they won’t be the ones they want. Oh well, guess it’s better than the proposed NBC Real Genius workplace comedy, right? *involuntary shudder*