Take Cover: A Michael Bay-Produced Remake Of Hitchcock’s The Birds Is Happening 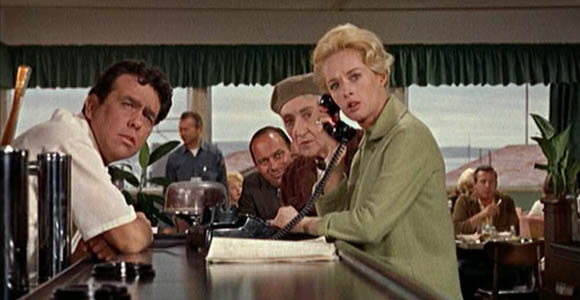 It could be the most terrifying motion picture ever made!

If, like us, this is the first you’re hearing about this particular project, we’re sorry. We’re so, so sorry.

Platinum Dunes (Michael Bay’s company) and Mandalay Pictures are producing a remake of Alfred Hitchcock’s The Birds for Universal. The 1963 classic starred Tippi Hedren and Rod Taylor. The Hollywood Reporter says, “Naomi Watts has been loosely attached to star in the film for years, but her involvement is script-dependent.   Jonathan Herman penned the most recent version of the screenplay.”

But don’t worry, at least Bay isn’t directing this one. That job looks to be going to Dutch director Diederik Van Rooijen.

This isn’t the first time one of Hitchcock’s films has been remade but it isn’t any less depressing. THR also adds, “In the past, the studio has stressed that the redo will owe more to the Daphne du Maurier short story than the Hitchcock version based on it.”

Watts would be a great choice for the lead role but this is one I won’t be looking forward to.