The hilarious animated series is back and dirtier than ever. 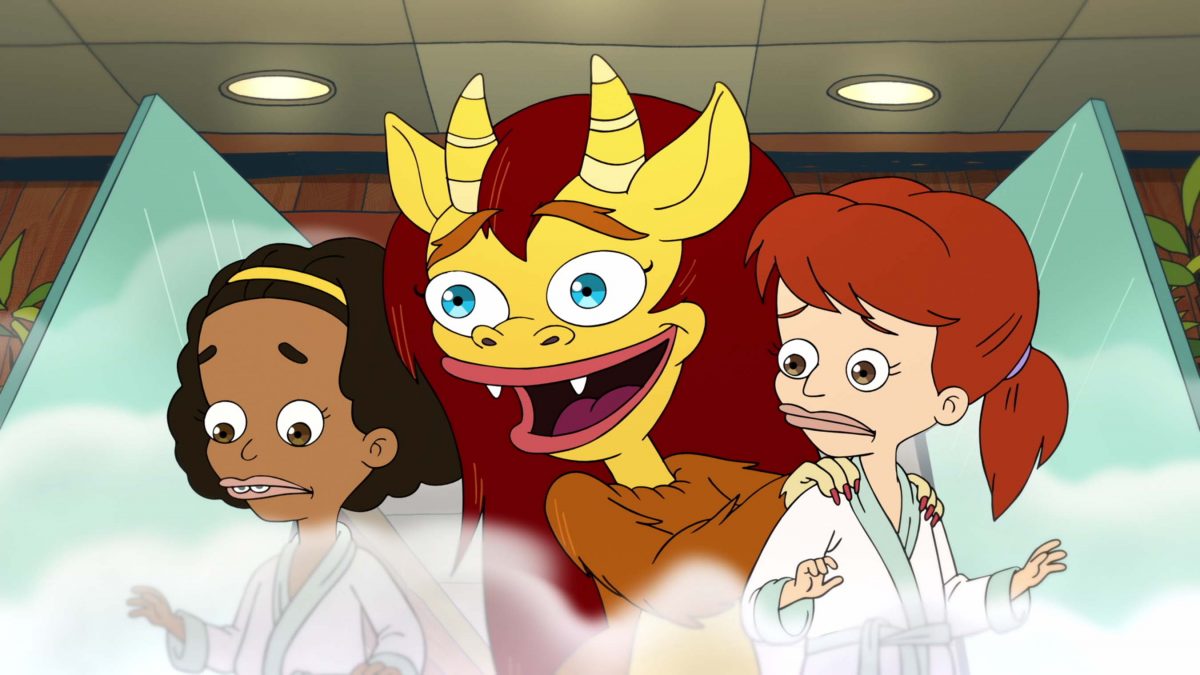 The show is weird, wonderful, and brilliantly filthy, with a deep roster of strong supporting characters. Last season we met Nick’s friend, the ghost of Duke Ellington (Jordan Peele) who sings the most offensive and ridiculous advice to whoever will listen. This season we get two new characters, Gina (Gina Rodriguez) as the first girl in the class to develop boobs, making her the object of the boys’ obsession and the girls’ jealousy. We also meet a new fantasy character, the Shame Wizard, voiced by David Thewlis (Professor Lupin in the Harry Potter films). The Shame Wizard descends on the crew, forcing them to feel insecure and inadequate about their self image and their urges.

The Shame Wizard is a brilliant addition to the show, as adolescence is so much about wanting desperately to fit in and “be normal.” Thewlis embodies the kids’ insecurity and self loathing with Voldemort level wickedness, tempering the exuberance and flamboyance of Maury and Connie. Big Mouth isn’t afraid to broach more intense subjects, like season one’s “The Head Push” which explores rape culture and slut shaming.

Season two features a powerful yet hilarious episode, “The Planned Parenthood Show”, that takes place in Sex Ed class, taught by the clueless Coach Steve. The kids teach Steve about Planned Parenthood and STD prevention through a series of pop culture-themed vignettes, all of which are funny and at times quite poignant (you’ll never think of Dee-Lite’s “Groove is in the Heart” the same way again).