But it still leaves the question: How do we deal with biphobia? 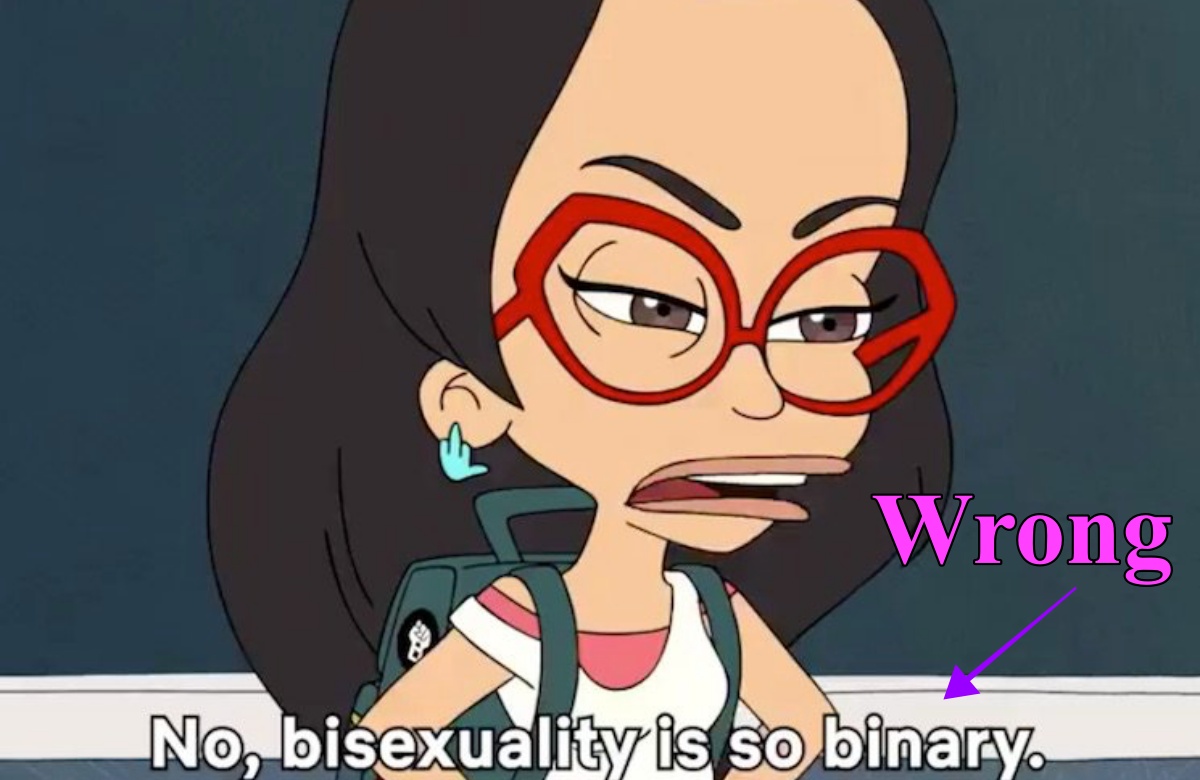 Yesterday, I wrote about how episode eight of the most recent season of Big Mouth presented a very biphobic, ignorant explanation of bisexuality vs pansexuality that perpetuated a lot of problematic language about bisexuals. Co-creator Andrew Goldberg released the following statement on Twitter addressing the issues and apologizing for the language used.

Personally, I think this is a good apology. The damage has already been done so all we can ask for is for those who are responsible behind the scenes to acknowledge what they have done and move forward. I have enough faith in the show that I think they will correct this issue. But now that we have addressed this, it still leaves the question: How do we tackle the issue of bi vs pansexuality? Yes, Big Mouth should hire more young LGBTQ writers to tackle these subjects since it wants to address them, but even within the queer community there is a lot of conflict about labels and what all of them mean, if they are all necessary, and how to manage it all.

What is the definition of bisexuality? From bi.org, the short read goes as follows:

“Bisexuality is a broad and inclusive term that describes physical attraction, romantic attraction, or sexual behavior that is not limited to one sex. In the scientific language of sexual orientation, bisexuality encompasses both heterosexual (different sex) and homosexual (same sex) attraction or behavior. In everyday language, depending on the speaker’s culture, background, and politics, that translates into a variety of everyday definitions such as:

So what is pansexuality or omnisexuality? Them explains that pansexuality is the sexual, romantic or emotional attraction towards people regardless of their sex or gender identity. There is a lot of overlap between the two, hence the confusion. In a piece with Cosmopolitan, Dr. Liz Powell, a sex therapist explains that just because bi means two, it does not mean, inherently, that bisexual people only date or see attraction along a binary. There are bisexual people who a trans, non-binary, gender fluid, etc.

“If you’re someone who chooses bisexual as the identity that fits you best, then that’s totally fine,” Powell says. “There are lots of people who are non-binary who are bisexual. That doesn’t mean that you are reinforcing the gender binary. It doesn’t mean that you are less enlightened than pan folks, there’s no identity that makes you automatically more enlightened. It’s just about which identity aligns best with who you are and how you work.”

There is no one “enlightened” sexuality, and as any person from a minority group will tell you, just because someone is attracted to you and wants to sleep with you, doesn’t mean they respect you.

I think a lot of issues come from the idea that this is Sexual Highlander and there can only be one. Personally, I’m not interested in playing that game. I probably would have called myself pansexual if I came out now, but I’m bisexual and the definition for bisexuality I have seen enforces that I am someone who sees love beyond my own gender. Beyond that, I would rather sit in solidary with pansexual people talking about all the times we have been called “greedy,” told we don’t exist, and that we are inherently untrustworthy than fight each over about who is into the most types of humans.

We have plenty of battles that need to be fighting within the LGBTQ community about gatekeeping and representation. This ain’t one of them.