Big Mouth‘s Explanation of Bisexuality Is Wrong, Dated, and Biphobic 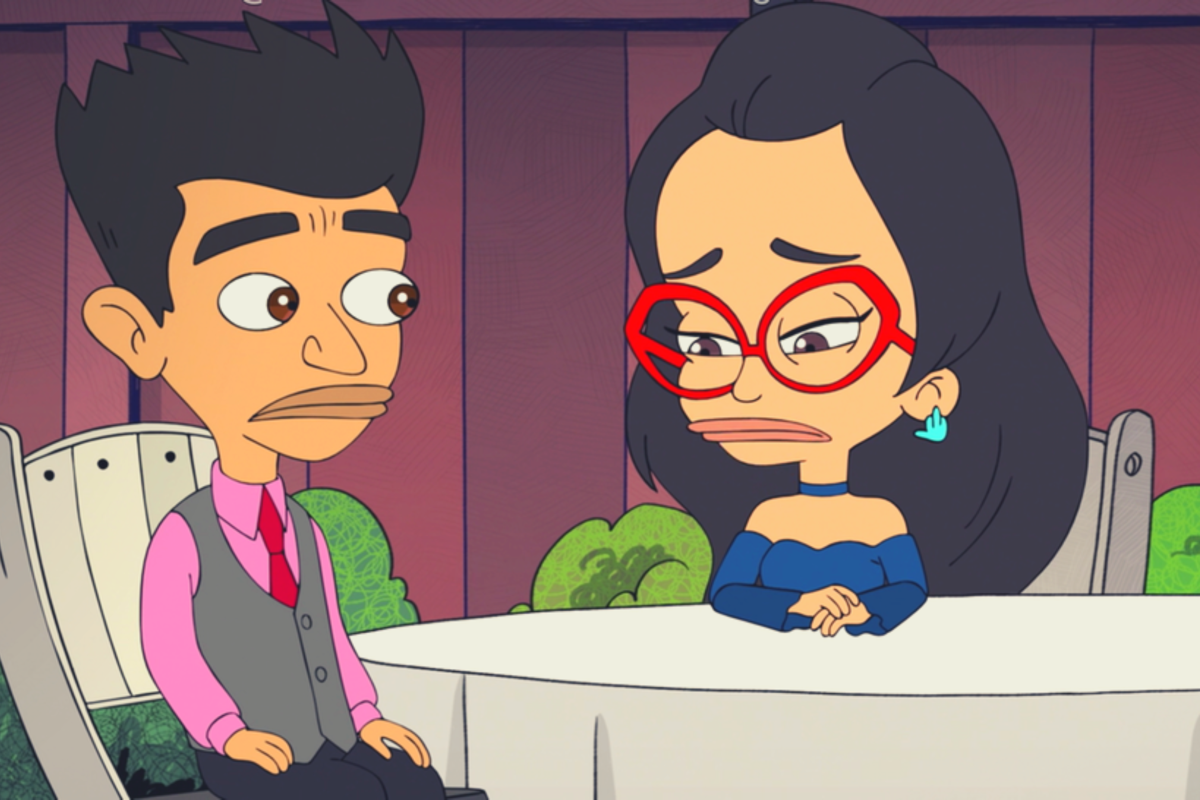 I enjoy Big Mouth and while I understand the criticisms people about showing young teenagers in sexually explicit situations, I think that the show does present an honest look at what it’s like to be a kid at that age. It’s not universal by any means, but it hits on a lot of things that I think are important. Plus, it’s not for children, it is for adults and older teenagers. That being said, because Big Mouth does often want to educate (it had a whole birth control segment that was more in-depth than any health class I’ve ever taken), that means it sets itself up be a show that needs to be informed. Which is what made this clip featuring Ali Wong as a new student, so frustrating.

Guys, @aliwong is now on @bigmouth. It makes SO much sense. pic.twitter.com/5S76ezwIuD

I just … ugh. I feel like this conversation about what bisexuality is vs pansexuality keeps coming up and people use either anti-trans bisexuals or dated language to explain how all bisexuals see themselves today. I have spoken about how when I was coming into my queerness, pansexual was not a term I saw being used in the mainstream (although it absolutely did exist), so to explain my attraction to different genders, I called myself bisexual. As I became more aware of trans identity and non-binary identity, I saw bisexuality to include attraction to those groups of people as well. After all, trans men and trans women are still men and women, and non-binary people reject the spectrum but they don’t just stop being people.

When I first became aware of pansexuality and really understood it, I got how it was using updated language to smooth out any cracks that could make trans and NB people, especially younger ones coming into themselves, feel excluded from bisexuality. To me, pansexuality broadened the spectrum and that’s a good thing. But I still call myself bisexual. I know trans people and NB people who call themselves bisexual. There is plenty of noted fluidity between the terms and it has been discussed consistently for ages. This is not a new conversation.

Which is what makes this clip so infuriating. It’s such a dated presentation of an issue that is really important.

Now, before writing this I made sure to watch the whole episode because shows like Big Mouth feed on creating conversations like this. Plus, it is only a clip.

In the episode, the boys talk about how it’s “hot” that Ali is into boys and girls because of “threesomes” and Jay nervously wonders why that’s hot for a woman. He goes to talk it over with Duke Ellington and says that he wants to “suck dick while he’s alive.” He also says the boys’ reaction to Ali makes him want to come out. Duke doesn’t think it’s a great idea, but Jay decides to do it.

When he does, he’s told the usual biphobic stuff: “When guys come out as bisexual, it’s just a detour until they come out as gay,” “It’s a ploy for attention,” “Bi is weird,” and that “Bisexuality feels different for boys than for girls.”

Jay’s coming out and the biphobia he faces is important to touch on because that does exist. But addressing the erasure and stigma affecting bisexual men does nothing to counter the binary part brought up earlier. Especially since the entire episode deals with how bisexuality is invalidated by society.

my thoughts on the big mouth / biphobia thing: to start, i personally like the show. i love nick kroll & john mulaney and i love their work. i agree that that scene with ali wong was biphobic, but it’s also in direct contradiction with the rest of the season/the show overall. +

I like Big Mouth I enjoy the show but this is a whole lot of nope from me and is clearly one of those instances where a queer person in the writers room could have avoided this transphobia, biphobia and general misinformation https://t.co/7QJwBNtmsi

.@netflix I love @bigmouth, but I could do without the biphobia. Do your homework and stop perpetuating myths about bisexuality.

Consider hiring a sex educator (or several) to consult on topics like these so you get it right. I’d be happy to help or recommend some great folks! https://t.co/ly27OEpX8B

Wow, it is impressive how much misinformation you managed to cram in there about LGBT and queer people. The biphobia in particular jumped out. Bisexuals often use bi to mean “attraction to two OR MORE genders.” If you’re going to write this stuff maybe ask a queer person first?

I think that Nick Kroll and the people at Big Mouth have tried their best to be knowledgable. This clip does not highlight the best of their work and the reality is that while the clip is biphobic, I don’t think the series understands why. It validates Jay’s bisexuality and addresses biphobia, but doesn’t deal with the fact that Ali says bisexuals are only interested in people who fall into the binary.

I appreciate it touching on fetishization and double standards, but spreading misinformation in the process doesn’t help.