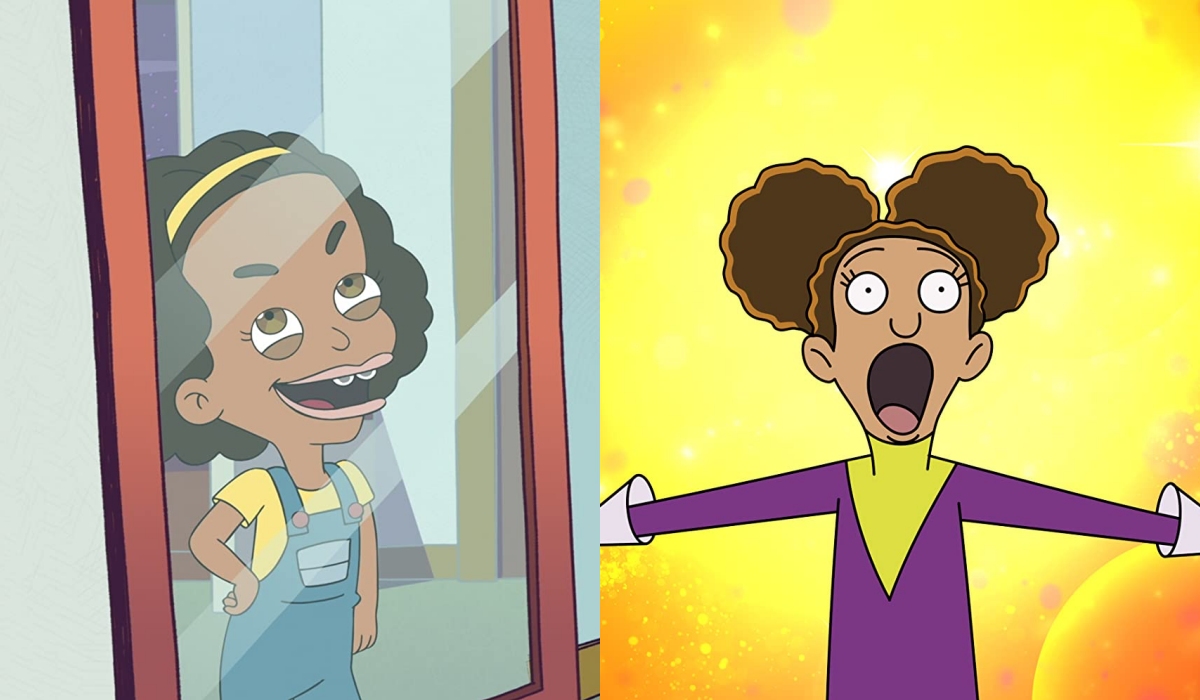 Yesterday, two animated series, Big Mouth and Central Park, made big casting changes. It was decided that Jenny Slate, who had been voicing the Black/Jewish biracial character Missy in Big Mouth, would step down from her role, as would Kristen Bell, who plays Molly, another Black biracial character, on Apple TV+’s Central Park.

Even as I reported yesterday on Raphael Bob-Waksberg’s thread about how he regrets having BoJack Horseman’s Vietnamese-American Diane voiced by a white actor, it didn’t even cross my mind that other creators would be seeing that, as well as other conversations, online and finally take as a motivation for change. Yet, I know that, for some, this new development will be seen as reactionary SJW rhetoric, because “Who was even complaining about this?”

But here’s the thing: People have been discussing this issue for years. You probably just thought it was silly and scrolled past it.

This is a time to acknowledge our acts of complicity. Heres 1 of mine. Playing the Molly in Central Park shows a lack of awareness of my pervasive privilege. Casting a mixed race character w/a white actress undermines the specificity of the mixed race & Black American experience. pic.twitter.com/8AL8m4K7Uk

The first time I personally saw this issue of voice actor versus the race of the character come up was in conversations about Avatar: The Last Airbender. I remember people saying, “Well if white people can voice them, what’s the difference?” along with “Well aren’t their voice actors proof that they aren’t really white?” If you look at the voice acting for the first season of Avatar: The Last Airbender, with the exception of Zuko and Iroh (the two villains as of this first season), everyone else is voiced by a white person.

Now, as a kid, when I looked at the cast of Avatar as their characters, I saw merit in the representation. Just like with The Prince of Egypt, even though I knew I was listening to white voices, I saw the Black and Brown bodies that were being presented, and that felt like enough. The problem that I didn’t see then is that even if you are getting that onscreen visibility, Black and Brown voice actors are not getting work.

Back in 2018, the conversation got mainstream attention after the Oscars So White movement really continued to put pressure onto the industry. Voice acting is part of that industry, even if we don’t often see it that way.

Rudy Gaskins and Joan Baker, the cofounders of the nonprofit Society of Voice Arts and Sciences, which provides education and training resources for voice actors, spoke about this issue for NBC News a few years ago, discussing the discrepancy between diverse characters in U.S. animation and the voice actors who bring them to life.

“Even though you may see characters of color represented onscreen, you can’t see the faces of the people hired to do the voices,” Gaskins said. “Historically, white people did all the voices, including those horrible imitations of what Asians, blacks, Latinos, and Native Americans were supposed to sound like.”

What this also does is make it so that you get one, usually white, actor to do all of it. You can’t have a non-white equivalent to high-profile voice actors like Laura Bailey if you just give Laura Bailey the roles of Black characters in video games. How are non-white voice actors supposed to get ahead in the industry if they aren’t even given the chance?

Karen Fukuhara has managed to make an excellent beginning of a voice acting career for herself, but her first big movie was Suicide Squad. Yet, she showed potential that allowed her to become a series regular on two animated shows because she got to be seen. I know we have Phil LaMarr, Cree Summers, Keith David, Tony Todd, and Olivia Olson, but there are so many more out there.

Jenny Slate and Kristen Bell are two highly sought after actresses and comedians. Kristen Bell stays booked. I’m not concerned for her being gone from one show, and honestly, her voicing that character was something that just turned me off not because of race, but just the feeling of … was there literally no one else to give a chance to? I mean, she played a literally Disney Princess—twice!

There are plenty of talented, Biracial Black singer/actresses who could fill in for Molly on Central Park, like the above named Olivia Olson or Zendaya, who, like Kim Possible, can do anything. As for getting an actress for Missy who can hit on both her Jewishness and Blackness, we have: Maya Rudolph (who is already on Big Mouth), Kat Graham (who has been crushing it as April on Rise of the Ninja Turtles), literally Tiffany Haddish (who made a whole special about being Black and Jewish), Kali Hawk, and Tracee Ellis Ross.

When I first watched Steven Universe and I fell in love with the character of Garnet, this character who was so kind and loving and full of love, with this imperfect but vast wisdom, it felt nice to look up who voiced her and see that it was a Black woman.

And before anyone starts with the “What about when non-white voice actors voice white people,” just because that happened on The Boondocks and Phil LaMarr voices white Aquaman in Injustice 2 doesn’t mean anything. Plenty of white actors got to do their thing on The Boondocks, I promise you. Considering that, of the entire voice cast for Injustice 2, there are nine voice actors who are Black and Latinx, who are mostly playing characters of their ethnicity or the deep-voiced bad guy, in a cast of dozens, it’ll be okay.