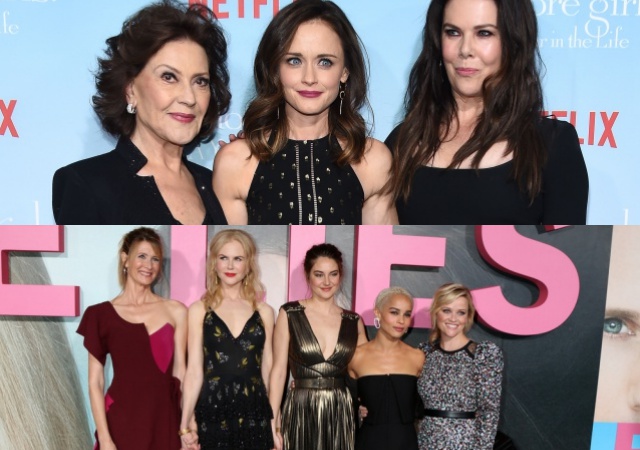 Let me start off by saying that I loved the hell out of Big Little Lies, from the moment it was announced I was excited and the show managed to be the water-cooler conversation around my old job for the entirety of it’s run (take that Marvel’s The Defenders). As someone who read the original book, I appreciated that it added depth to the original story and combined with fantastic acting, turned it into a tour-de-force of excellence.

This isn’t the same question as “are there things to explore in Season 2?” because of course there are. The series ending drastically changed the way the characters exist and so there is plenty to explore that we could do, but that is different than us needing to do it.

Do I need to know how Madeline (Reese Witherspoon) and Ed’s (Adam Scott) marriage is shifted by him figuring out about her affair? Seeing Celeste’s (Nicole Kidman) life post-her husband’s death? Jane (Shailene Woodley) dealing with finally having closure on the darkest chapter of her life and telling her son the truth about his father? Those are really interesting things we could see, but when the final shot of the season plays with all the women and their children playing on the beach together came I felt a perfect sense of completeness that a Season 2 would just deflate.

Witherspoon’s production company already has the rights to Liane Moriarty’s other work, Truly Deeply, Madly and if they decide they want to do an American Horror Story style anthology series with each season featuring the same actresses portraying different women and different aspects of womanhood that would be great. It would allow the show to grow and become more diverse and tackle issues without having to deal with long-form continuity like Amerian Crime Story has done (that show is excellent by the way). Keeping the same characters and doing a traditional linear story…it just doesn’t need that.

Big Little Lies was excellent, and because it was excellent I want that preserved. Very few shows have been able to maintain that high level of perfection over long series: Bojack Horseman, Breaking Bad and Jane the Virgin come to mind as shows that have succeeded. It’s not that I don’t think a Season 2 could be good or even decent, but even good/decent to me is a step backward. Laura Dern, Nicole Kidman, and Alexander Skarsgård won their Emmys, and the series as a whole helped dispel a lot of myths about how successful women’s stories could be. People came in expecting it to be shallow and dumb, hell the initial series review of it from A.V Club gave the series a C+ Grade, but when the series was individually reviewed it got A’s and B+’s. Big Little Lies changed the mold and I want it to either continue to do so or remain encased in amber as it is.

When it comes to the possibility of a Season 2 of the Gilmore Girl revival, however: Amy Sherman-Palladino said in an interview that another Gilmore Girls revival season is completely possible. While, for some, this might be exciting, it fills me with deep sighs. A Year in the Life was a hot, hot, mess that I found painful to get through (except the Emily Gilmore story and even that had a dash of uncomfortable quirky racism in it). Gilmore Girls has always had issues when it comes to race, class, economics, and the emotional maturity of its two leads throughout the series, but it had an amazing cast of supporting characters and its finger on the pulse of the culture in which it was being created. GG: YitL was often tone-deaf at best and insulting at worst, especially when it came to Rory and even as someone who does not like Rory in the later seasons of the original series found her almost painfully repellent.

Especially since Alexis Bledel did such amazing work in The Handmaid’s Tale and Lauren Graham honestly did some of her best work on Parenthood and got her best television love interest there (@ me, I dare you), I don’t want to see them get pulled back into a series that they have outgrown and that while excellent and timeless as a series, does not really have a place in this post-Trump world.

The life and times of two pretty-much rich, but say they are “middle class” white women, one of whom has squandered every opportunity and privilege she has been given, as well as upwards of three trust funds? Hard pass.

Instead, I’m excited to see how The Marvelous Mrs. Maisel turns out, that would be an excellent show for Kelly Bishop to be on, I mean the period piece clothing alone is worth it. Not to mention, even though I enjoy both of these shows, I feel like the problem of them being too white and straight is ingrained into their fabric and I’d prefer if we just started making shows that are not just about promoting women’s stories, but the entire spectrum of womanhood.

What about you guys? Do you want second seasons of Big Little Lies and A Year in the Life?