Beware! Word Is That the Newest Knives Out Trailer May Be Spoilery. 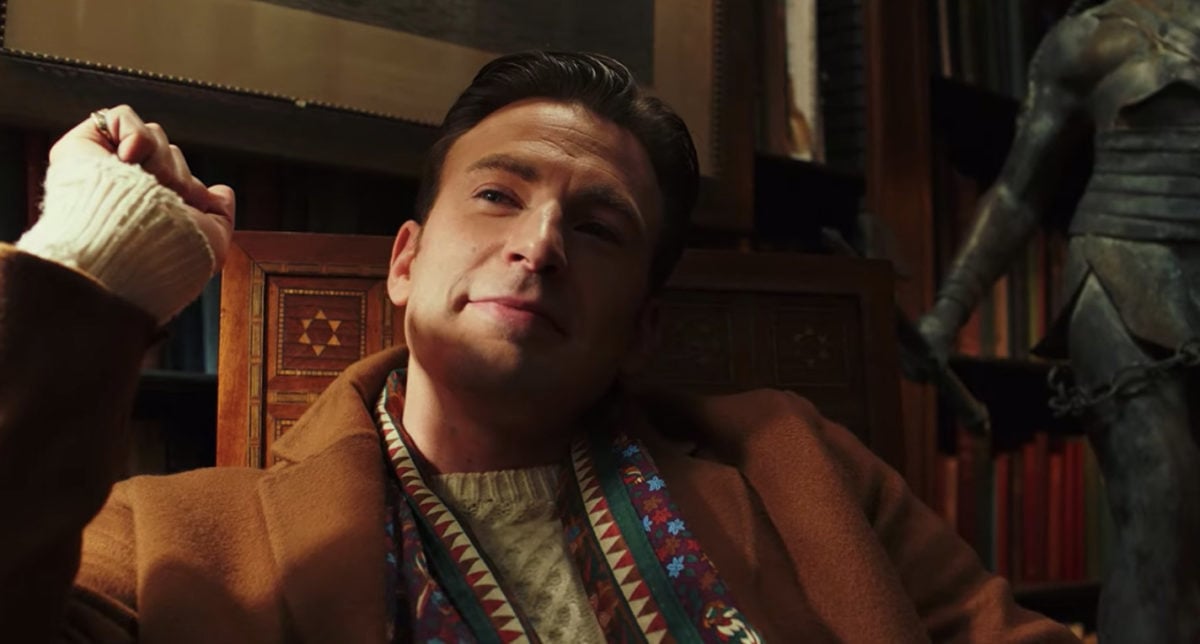 There are people in this world who have seen Knives Out. Those people are my enemy (until I see it and we can all talk about it). The highly anticipated murder mystery debuted at the Toronto International Film Festival with much flare and chatter, and now, we just all want to know: Who did it?

What we know about Knives Out is very limited, maybe because we don’t want to be spoiled for the mystery that’s unfolding before us, or maybe it’s something strategic. Whatever the case may be, the mystery of Harlan Thrombey’s death takes us on twists and turns in the second trailer for Rian Johnson’s latest film. But beware! What I’ve heard (and I refuse to look into this, because I have yet to see the movie) is that this trailer is spoilery.

How exactly is it spoilery? Well … look away now if you’re still feeling unspoiled and would like to be absolutely sure you’ll remain that way. Apparently, when you’re watching the movie, you’ll realize certain points of this trailer haven’t happened yet, and that may spoil things, which … great. I watched it once, got the feel, and refuse to go back, mainly because Knives Out is one of the movies I’m most excited about this fall.

Is it because of our cultural obsession with Clue? Probably, but there is something about an old-fashioned murder mystery that has me on the edge of my seat, ready to dive into the mystery being presented before me. It also helps when Chris Evans is out here in cable knit sweaters and telling his family to “eat shit” because he showed up for the reading of Harlan Thrombey’s will and testament.

Earlier this week, Johnson shared character descriptions and posters for each of the main players, and while this family is full of those in it for their own gain, the detective crew (comprised of Daniel Craig and Lakeith Stanfield) seems to also have mysteries all its own that are going to intrigue us just as much as the murder of Captain Von Trapp himself. (Christopher Plummer plays Harlan Thrombey, and I am delighted.)

Maybe don’t watch this trailer more than once, unless you don’t care about the movie. Or maybe try to remember all the details to figure out the mystery before anyone else in your theater, if that’s your thing. At least we all know that Knives Out is going to send us all down our own detective paths and get us excited to figure out who murdered the patriarch of the Thrombey family!

Anyway, here’s what is really important.

Get ready to spend Thanksgiving begging your family to go to the movie theater, because Knives Out is definitely a movie we’re not going to want to miss.