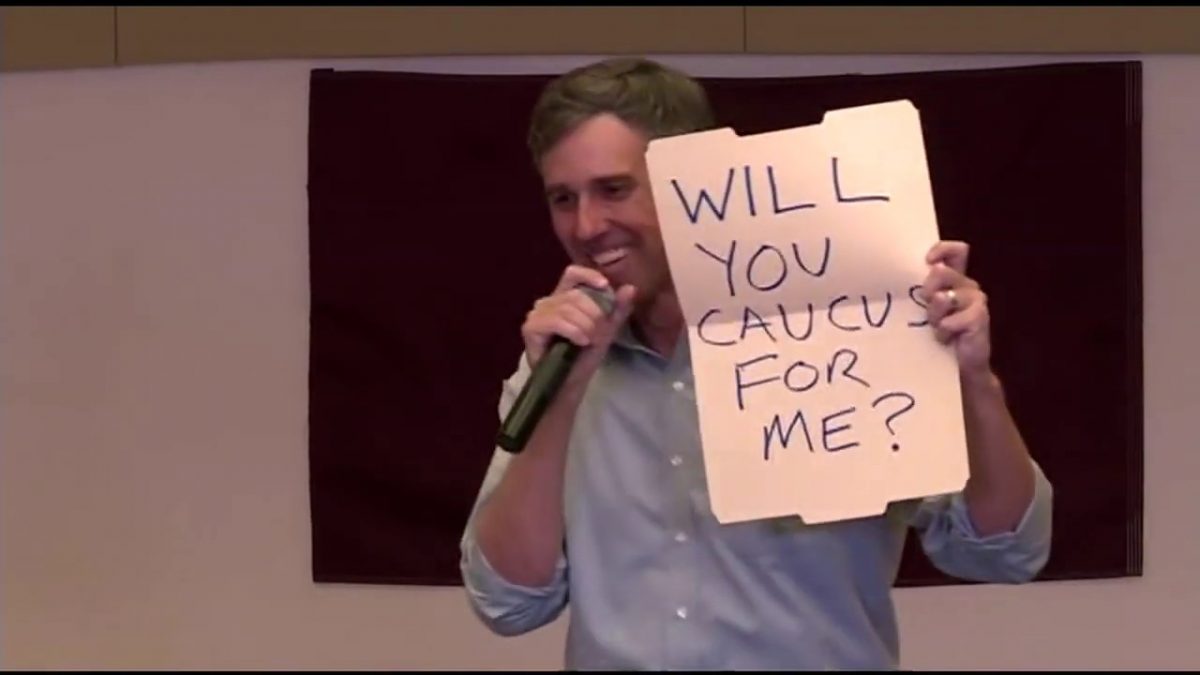 As a rule, I’m not a fan of the elaborate promposal trend. These big, showy displays between kids (at least, or especially, when they’re not already in a relationship) put too much pressure on the recipient to accept, and in the trend of publicly inviting celebrities to prom, it puts an adult in the awkward position of having to graciously but firmly de-romanticize a situation involving a teenager in front of a very large online audience.

In my opinion, the queer feminist serenade from One Day at a Time is the only good promposal to exist:

At a recent event town hall in Sioux City, Iowa, Beto O’Rourke–who, I’m just now realizing, looks like the adult version of every boy I had a crush on in the 90s–found himself on the receiving end of a public promposal.

A young woman attending the event brought a sign reading “Will you go to prom with me?” and asked him the question directly during a Q&A with the audience.

Again, this is an awkward position for an adult to be in. But Beto’s response–and, really, the whole interaction–was really cute.

“First of all, as someone who did not go to prom because no one asked me, I’m really touched. This means more to me than you know,” he told her.

“Somebody told me about your sign, so we came up with a counterproposal,” he went on, and held up a manilla folder bearing the handwritten message, “Will you caucus for me?” (She said yes, even though she later said she lives in South Dakota, which is slated for a primary, not a caucus because see? Public caucusposals put a lot of pressure on the recipient to say yes no matter what!)

This was the best ending for everybody. This adorable young woman got to meet her crush and keep his sign, and Beto finally got asked to prom but doesn’t have to go.

But she got him to sign her sign! She might not have a prom date, but Claire from South told Beto O’Rourke it was “the happiest day of her life.” pic.twitter.com/2M35j23DSH