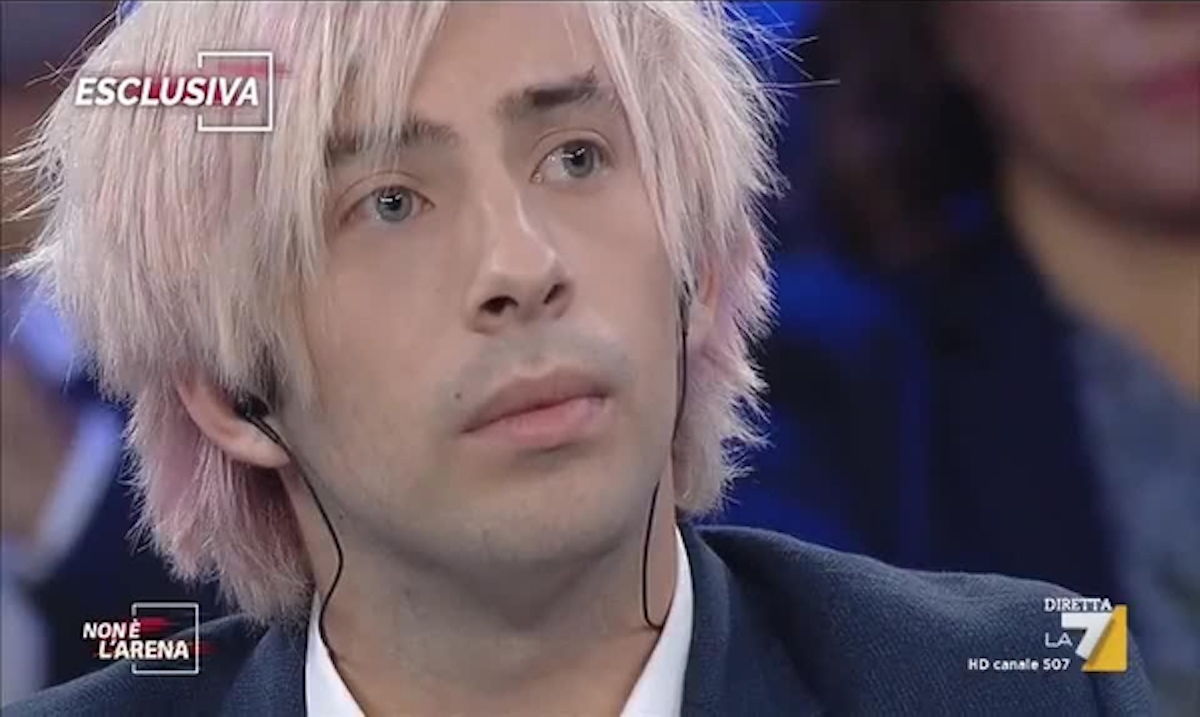 Last month, an actor named Jimmy Bennett came forward with disturbing allegations against Asia Argento, a vocal advocate for the #MeToo movement and one of the first women to accuse Harvey Weinstein of sexual assault. Bennett accused Argento of sexually abusing him when he was seventeen years old, during what he was told was a business meeting in her hotel room.

Argento denied the accusations, saying the two never had sex. She later said that it was Bennett who assaulted her. The incident is being investigated by the L.A. County Sherriff’s Department, but no charges have yet been made. No matter what your thoughts on the story, an Italian television host has just shown us the one way you absolutely don’t approach it: with victim-blaming bullshit.

Bennett recently gave an interview to the Italian television show, Non è l’Arena (Outside the Arena). The Italian media was notoriously terrible to Argento following her allegations against Weinstein, so perhaps Bennett thought this would be a sympathetic interview. Instead, the host, Massimo Giletti, fixated on the logistics of a woman sexually assaulting a man, which he saw as impossible.

“A woman’s violence against a man or a boy is technically difficult to understand,” he said. “Do you understand what I mean? A man has to take an active role, even if he is subjected to it.”

Giletti also asked why Bennett didn’t seem upset in a photo he and Argento took together after the alleged assault. According to the New York Times‘ report, the audience applauded the question.

These are essentially the exact same arguments used to cast doubt on women who suffer sexual abuse but who, for any number of reasons, don’t “fight back” as hard as these rape-deniers think is appropriate. There are far too many people (not to mention many countries’ official laws) who still believe physical force is the only standard by which to define rape. Rapists can use a host of tactics, including fear, coercion, and shame. Physical arousal to any degree does not invalidate claims of rape. Rape is sex without consent, period.

What Bennett described in his initial accusations is especially disturbing because he and Argento seemed to have had a close relationship from the time he was a young child. Not only was he a minor when they had sex (the legal age of consent in California is 18, and Bennett was 17 at the time), but the behavior described sounds like textbook grooming, gaining the trust of a child and his family and cultivating that relationship for years. That sort of predatory behavior doesn’t require physical force, but relies on coercion, confusion, gaslighting, and other emotional tactics.

Sexual assault perpetrated by women against men is rarer than the reverse, but as the Times notes, studies have shown that social shame around expected gender norms—the exact sort of shaming Bennett saw in this interview—often keeps men from coming forward. For all the pressure women face with the insistence that they be the “perfect victim,” men have a different but equally impossible standard they’re expected to meet. Both only serve to shame and silence survivors of sexual assault.

Bennett told Giletti about the lack of support he received after coming forward. “The comments I have received were all like, ‘Why wouldn’t you want to have sex with that person? What’s wrong with you?’ But that’s not really what it’s about,” he said. “A woman can be attractive in some ways, and still abuse a man.”