Benedict Cumberbatch Cast In The Hobbit | The Mary Sue

Benedict Cumberbatch Cast in The Hobbit 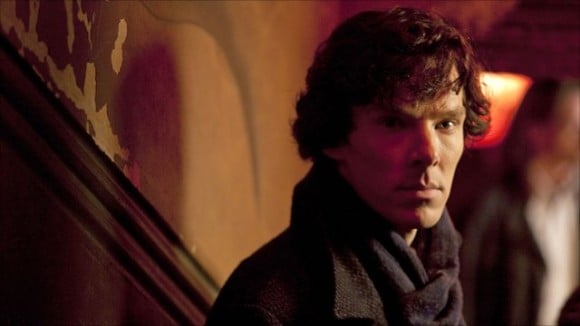 Over the weekend at the BAFTA Awards, Martin Freeman let it slip that his Sherlock castmate, Benedict Cumberbatch, had landed a role in Peter Jackson‘s production of The Hobbit. We weren’t supposed to know this yet, and Freeman regrets spilling the news, but fans are already speculating that Cumberbatch will be playing Bard the Bowman.

Cumberbatch currently plays the eponymous character in the BBC series Sherlock, alongside Freeman’s Watson. He has received a lot of praise for his work and is a rising star with two films under his belt (War Horse and Tinker, Tailor, Soldier, Spy). The Hobbit is sure to bring him international success which will be excellent for him, because then no one will hear the name “Benedict Cumberbatch” and wonder if he is really an obscure, forgotten Minister of Magic from Harry Potter.

While people are speculating that Cumberbatch is playing Bard the Bowman, you can bet that some of us are pulling for him to play another hobbit so he and Freeman can be reunited as a crime-fighting hobbit detective team. We are also pulling for Martin Freeman to keep his job after revealing the casting news before he was supposed to. Says he:

“I knew I was a big mouth, I didn’t know how much of a big mouth, and I’ve ruined everything. And now I might not have a job to go back to!”