The Doctor will see you now. 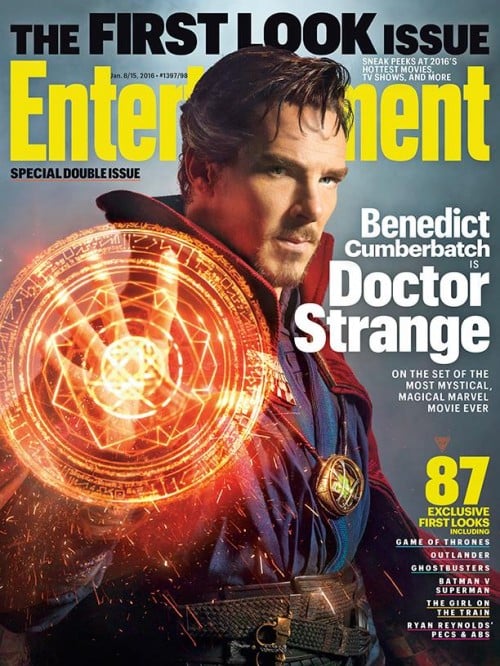 I’ve got to keep throwing these poses, these spells, these rune-casting things, everything he does physically. I’m thinking, there’s going to be a huge amount of speculation and intrigue over the positioning of that finger as opposed to it being there, or there. I felt really self-conscious. But, then, by the end, it was great. It’s like anything, you just have to experiment.

There’s going to be crazy s— going on.

What do you think of his look, friends?