And Benedict Cumberbatch made fun of my phone! 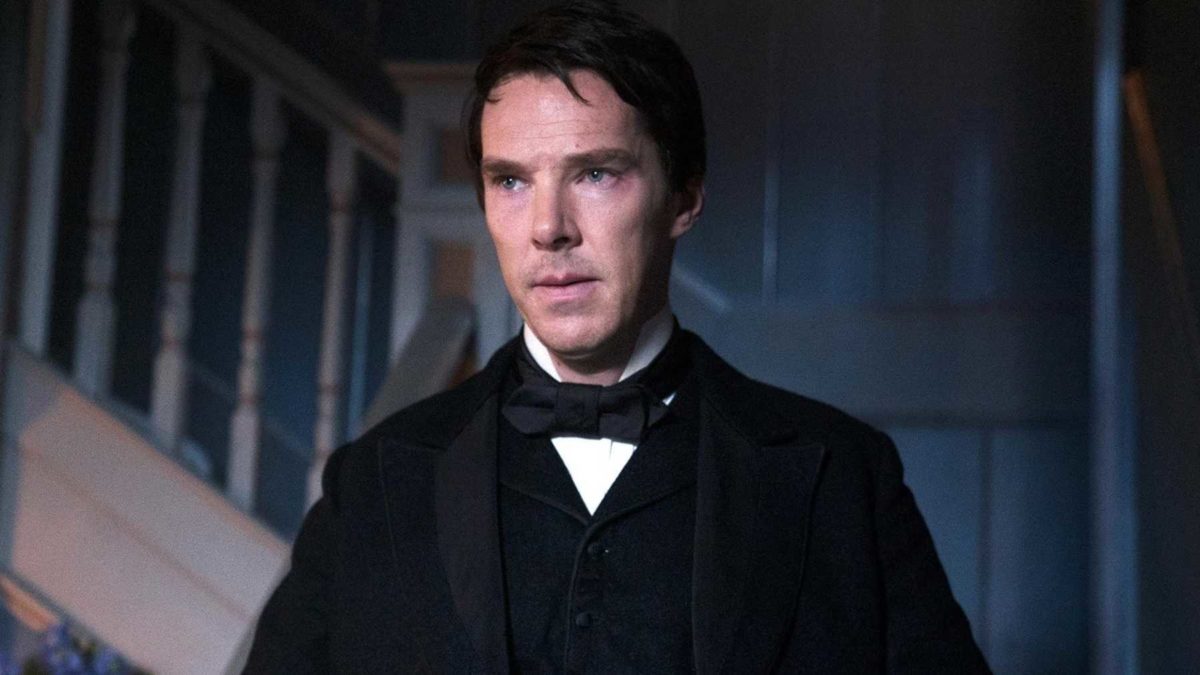 The Current War, which was slated to premiere back in 2017, has had quite the journey to make it to theaters, but that’s kind of fitting, as the story focuses on the fight to bring electricity to America that took place between Thomas Edison (Benedict Cumberbatch) and George Westinghouse. At the premiere, we got to talk to screenwriter Michael Mitnick, director Alfonso Gomez-Rejon, and star Benedict Cumberbatch about the film!

Michael Mitnick, who started working on the screenplay when he was in grad school, had many different versions of the story take place within him. Starting with a stage play and going on to, eventually, end with him turning it into a screenplay, the story is one that shows the battle of egos that took place to light America. So, I asked Mitnick about that battle and why he felt like that story would spark something in audiences.

On its surface, and why I think it’s just an unlikely film, is that it two people, and the world had only sort of heard of one of them, Edison, fighting over the standard of current doesn’t seem like an obvious film. And so it was really important, to me, to try and find what these guys were going through, what they were thinking, how they were reacting, and then, most importantly, what they were willing to sacrifice.

That Edison, who had spent nearly a decade building the first system that ever worked and then felt that, overnight, someone just straight up ripped him off and that he was going to disappear into history, eventually caved the one rule, the one scruple he had, which was that he would never use his brain to build a weapon. And then he ends up building the electric chair, completely selling out himself, for a desperate hope of trying to win.

While Mitnick’s vision was about the idea of these men selling out and doing whatever they needed to win, Alfonso Gomez-Rejon understood that and brought to life their battle, but with an ode to the invention that makes movies possible in the first place: Edison’s camera. I asked if that was something he wanted to bring to life going in and, surprisingly, he said “yes” before I could even finish asking and went on to talk about the aspect of Edison’s legacy that helps to bring these stories to life even today:

It was important to embrace an art form that was being invented concurrently with electricity. So, I really wanted to feel the seams in the film because it was embracing an art form that was also in its genesis. And I didn’t want to be subtle about it, either, as long as it didn’t overtake the story, and I hope it didn’t. It was very much a character in the film, and I wanted it to be.

While there were a few stars at the premiere, I only got a brief moment to talk to Benedict Cumberbatch and noted that, throughout his career, he often brings to life historical figures or iconic characters from our cultural zeitgeist. When I asked about what drew Cumberbatch to Edison, he brought up a beautiful point about the egotism that Edison had that isn’t that different from the men of today:

The script, I thought, was witty and profound and also had a relevance to some of our worst behavior today that bleeds into our news, and toxic stories and dirty trick campaigns to basically try power a dominion or any kind of authority over a situation or, in this case, an invention. You know the belligerence, the arrogance, and the doggedness of that is a thing to be very, very wary of, and we see it a lot, in our political discourse, especially at the moment.

Time was short, but Cumberbatch went on to point out that it’s also important for us to look at the upcoming election we’ll be going through and how we have to use these kinds of stories to look at those who strive for power in this way. To be honest, I think that the entire red carpet recognized the power that this story has and what it meant to finally be able to bring it to life, and it’s something we should recognize as we move ever closer to November 2020.

Although, my favorite part of the carpet came not from a brilliant answer to a question about Edison or Tesla. No, instead, it came when I was getting a picture with Cumberbatch, and I made the mistake of showing my phone background in the process. When he asked if Tom Holland was my phone background, I decided it was smarter to double down and say, “Yeah and Robert Downey Jr. is my lock screen,” instead of, you know, lying, and Cumberbatch looked at me and told me that I better have him as my lock screen the next time I saw him. So, my idea of a professional response went out the window, and I nearly threw my phone.

Check out our full review of The Current War and get ready to see the fight to light America as it hits theaters today.